A steady course amid rough seas 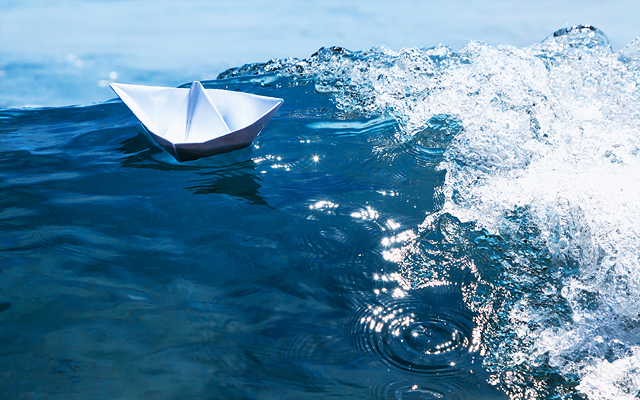 Open for business and growing again—the latest statistics show encouraging growth in the funds industry on the Cayman Islands despite the many challenges and rafts of legislation approaching the country, as Jonathan Law explains.

The reader will be very aware, from other contributions to this publication, of the legal and regulatory threats which have stirred, and continue to disturb, the previously calm waters around the Cayman Islands.

To pursue the maritime analogy, there are some tall sails on the horizon but the vessel appears strong, the charted course steady and the crew is a cosmopolitan mix of well trained, experienced professionals akin to that found on much larger vessels. Perhaps also, the captain and officers will be keen to point out that they remain very responsive to the needs of the persons under  their charge.

It is trite to say that the jurisdiction is still the clear leader for the establishment of offshore fund structures for alternative products. What is new is the level and degree of external influence that continues to shape the fortunes and, some say, the core business rationale for funds operating in Cayman and the other offshore financial centres (OFCs).

Perhaps in line with the history of the economic development of the Cayman Islands, those influences have created an environment of high risk for the policymakers. Get the balance right and the Islands will continue to prosper, but missteps will take us on the wrong tack.

Other writers have commented upon the impact of the Alternative Investment Fund Managers Directive (AIFMD), the Foreign Account Tax Compliance Act, the Cayman Islands government’s consultation on beneficial ownership disclosure and the Cayman Islands Monetary Authority’s (CIMA) position as regards corporate governance, as well as that topic in more general terms.

Set against all of that we must remind ourselves that the Islands continue to win business and to grow in economic terms.

The latest published statistics from CIMA for the year ending December 31, 2013 on the numbers of fund vehicles being registered were released early in January. The totals appear relatively flat at first glance but when one accounts for year-end deregistrations, and even factoring in some ongoing master fund registrations, there is still a healthy level of recovery in the number of new funds being established.

What the numbers do not tell us is how the private equity fund sector and the ‘exempted’ or 4(4) fund sectors are developing. It is my belief (based on anecdotal evidence) that those statistics would also reveal a positive trend and a sustainable level of recovery.

Almost six years since the worst period of the financial crash, the Islands are still very much open for business, not surprising perhaps given that many of the structures now established have been built on the solid ground of 40 years of statutory and regulatory innovation, flexibility and economic development. Surprising to many, however, will be the continued and developing interest in Cayman from the new or developing markets and economies.

This has meant new business relationships, new advocates supporting the case for the Cayman Islands, and new work for many Cayman-based professional firms and institutions.

It is perhaps worth commenting that the unguarded criticism of the Cayman Islands and many of the other OFCs for having caused the pain and suffering of the economic collapse, although it has lost a great deal of its potency, now seems somewhat ill-considered and in some cases palpable nonsense.

Yet those voices were heard over the clear message from the Islands that the OFCs are an economic  efficiency created in the case of the Cayman Islands by the international system for transfer of capital, political expediency in historical terms, and the requirements of specific and deliberately created provisions in certain nations’ domestic tax legislation. It does seem that the Cayman Islands has won, or is winning, that rather powerful argument.

The focus now, thankfully, seems to be on assessing the Cayman Islands by reference to a seemingly more logical set of criteria for the large part, transparency and accountability. And yet in Cayman we still suffer from what seems to us on these distant shores to be a focus by others on irrelevancies: the rebranding of this country as an OFC.

The pressure for a register of beneficial ownership interests when the supposed motivation is transparency appears to be mixed with basic curiosity, and where is the reciprocation on the part of our onshore counterparts?

An enormous investment of time and resources is required to implement another nation’s tax gathering infrastructure aimed at their own errant citizens and their tax payments, when the generally anticipated additional revenues, quantified by those experts who have commented, is comparatively small.

And let’s not forget the strengthening of ‘fortress Europe’ where, in some countries, with implementation of the AIFMD and the use of barely disguised ‘gold plating’ it will become all but impossible for non-EU managers to market alternative funds established in non-EU countries even to institutional investors—in other words, those categories of investors who are supposed to be resourced with the ability to assess risk and return profiles expertly for any investment they make.

It is a measure of the strength of the Islands and those who work here that in the face of the unprecedented legal and regulatory challenges the financial services community continues to look for ways to innovate, set ourselves apart from the competition and win new business.

The focus on corporate governance is a good example of a very clear risk to the future success of the Islands that was sensibly and carefully handled by the Cayman courts, CIMA and the financial services industry producing an end result, including the recent CIMA Statement of Guidance, that most will support and many will utilise as further support for the argument that choosing to do business in Cayman is, quite simply, a good business decision.

"An important development in the context of any modern financial centre’s statutory entitlements, the introduction of contractual third party rights legislation is also being considered."

Any client considering the use of Cayman-based service providers will appreciate that these business operate in a highly competitive but sensibly regulated domestic environment and in many cases will be considerably more sophisticated and better resourced than their equivalents in competitor jurisdictions.

Despite the strength and depth of the jurisdiction’s financial services community and just as the waters keep churning around us, the Islands continue to discuss additional legislative initiatives of our own. The introduction of a Limited Liability Company (LLC) product has been debated in the context of a perceived market made up of those onshore clients who are already familiar with the equivalent Delaware product.

Draft legislation has been produced which, if implemented, would allow for the operational flexibility and legal protections of a Limited Liability Partnership (LLP) model. A substantially updated Exempted Limited Partnership Law will probably soon be enacted introducing greater legal and operational flexibility to these popular fund structures, and an important development in the context of any modern financial centre’s statutory entitlements, contractual third party rights legislation, is also likely to be enacted shortly.

Cleromancy—a form of divination—is a skill which is prevalent in Caribbean culture but not something I have tried myself, the odd turkey wishbone-pull excepted. The point is that it does seem that this traditional method of foretelling future events may stand as much chance as other more empirical methods in accurately predicting the course of the Cayman Islands and the outcome of all of its challenges as it navigates through these presently rough waters.

It is, however, a nation with a very proud seafaring tradition and will not founder for want of innovation, resourcefulness and an ability to willingly engage the international community.

Jonathan Law  is counsel in Campbells’ corporate department. Prior to joining Campbells Law was a partner at another law firm in the Cayman Islands. He has considerable experience advising a range of clients from fund managers to administrators and investors on all aspects of establishing, operating and participating in offshore fund structures. He has extensive experience of advising in respect of trade and acquisition finance transactions and advises more generally on all aspects of the company, commercial and regulatory laws of the Cayman Islands. He can be contacted at: jlaw@campbells.com.ky