The governance of private equity 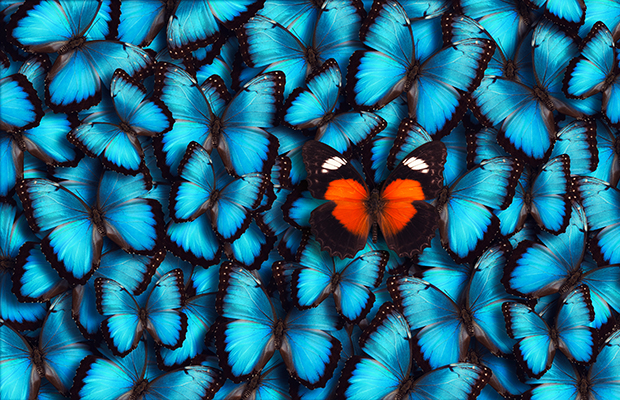 A number of recent developments in the private equity market may serve to challenge the traditional notion that independent governance in the sector is not needed, says Simon Thomas of Campbells.

What about in the private equity (PE) industry? In this context, the use of independent directors is far less common. This article takes a look at why this has historically been the case and considers whether there is scope, in light of recent developments, for an increased role for the independent director in the PE context.

To set the context, it is probably worth considering some of the reasons it is common for independent directors to sit on the board of a hedge fund. A hedge fund manager may trade investors’ money on a daily basis, often within extremely wide parameters drawn up in the fund’s offering materials. With very little in the way of investment restriction and a loosely worded investment objective and strategy, it is easy to see how a manager could very easily stray off-piste, whether in terms of investing in assets not contemplated by the offering materials or in terms of the levels of risk related to those assets.

Investors in the hedge fund context—typically passive, non-voting shareholders—often have very little insight into, or control over, the activities of the manager and their only recourse is typically to ‘get out’ if they don’t like the decisions which are being taken in respect of their money. It is clear how independent governance is key in this context. High profile legal actions such as the Weavering case have only served to highlight this.

In contrast, a PE fund, typically established as an exempted limited partnership in the Cayman Islands, only makes a small number of illiquid investments which it holds for a number of years before selling them. Investors are sent drawdown notices detailing the proposed investment as well as periodic valuations of the small number of investments made by the fund. Scope for abuse in this context is far more limited.

"It will be a powerful defence to any allegations of improper behaviour to be able to show an independent signoff on issues."

With the illiquidity of their investment (and, crucially, the inability to get out), comes greater protection for PE investors and terms designed to encourage alignment of interests between the general partner (GP) and investors (limited partners, LPs). For example, ‘no-fault divorce’ or no-fault termination provisions, ‘for cause’ removal provisions and key man provisions all keep the GP accountable to the terms of investment as agreed with investors. Most importantly, however, LPs typically have an investor advisory committee represented by the largest investors within the fund which has, as its core functions, the review of valuations prepared by the GP, the approval (or not) of transactions involving conflicts of interest and such other functions as may be provided by the limited partnership agreement.

In this context, the argument surrounding the need for independent governance, typically by independent directors sitting on the board of the GP, has (at least until now) normally stopped abruptly with a simple conclusion from those in the industry, whether investors or managers: it is just not needed.

This has left the use of Cayman Islands-based professional independent directors in the PE context typically reserved for the benefit of achieving a desired onshore tax treatment (most commonly seen from investment managers based in Europe and Asia). The key driver has traditionally related not to the promotion of good governance on the boards of GPs but to the determination of the central management and control of the fund as being offshore.

A number of recent developments in the PE market may serve to challenge the notion that independent governance in the PE industry is not needed.

The most obvious development which has unsettled a number of managers in the PE space is the apparent attack on the industry from the Securities Exchange Commission (SEC) in the US.

The appointment in 2013 of Mary Jo White as chair of the SEC and her choice of Andrew Ceresney as director of the SEC’s Enforcement Division, both white collar prosecutorial lawyers by background, heralded for many a move by the SEC to adopt a more aggressive enforcement stance in relation to the industries it regulates.

This was followed in May 2014 by a high profile speech by Andrew Bowden, director of the Office of Compliance Inspections and Examinations, referred to by those in the industry as the ‘Sunshine Speech’, which supported this concern. In his speech, Bowden highlighted certain concerns in relation to PE and spoke of the need to “spread sunshine” on the PE industry, which had traditionally suffered from a lack of transparency.

The SEC then proceeded to pursue actions against PE funds relating to various matters including unstated fees and expenses, impermissible shifting of fees and expenses, and advisers who fail to disclose conflicts of interest regarding fees. Advisers such as Cherokee Investment Partners and Fenway Partners and even industry heavyweights such as KKR and Blackstone Group were subjected to fines or agreed settlements with the SEC.

Ceresney, in a speech in 2016, said that although PE funds typically deal with sophisticated investors, the public pension plans, institutional investors and university endowments who invest have been actively participating in the funds on behalf of retail investors. This means the SEC must be the one to protect these individuals from harm.

Ceresney stated: “The message should be clear: we have the expertise and will continue to aggressively bring impactful cases in this space.” While both White and Ceresney have now announced their retirement from their respective posts, the message from the SEC to the PE industry has been clear.

Institutional investors may request further transparency on some of these matters which have been scrutinised by the SEC such as transaction fees, deal allocation and conflicts of interest, matters which might be assisted by the presence of independent directors on the GP board who can ensure that proper procedures are in place and are adhered to.

More interesting, perhaps, is the possibility that managers themselves could begin to see the appeal of having independence on the board of their GP entities. When the SEC carries out its examinations in respect of a PE fund it will be a powerful defence to any allegations of improper behaviour to be able to show an independent signoff on issues such as allocations of deals between fund vintages, the use of transaction fees, and clearance of conflicts of interest.

Move of large investors from hedge funds into PE

With hedge funds struggling to deliver the returns of years gone by, and PE delivering consistently strong returns over the same period, large institutional investors are increasing allocations to PE and new investors are coming to the market. In addition to new money in the market from investors familiar with the hedge fund model, large institutional investors with a single operational due diligence team might apply the same due diligence processes to PE funds as they do when considering hedge funds.

In the hedge fund context, independence between the team managing the fund and the fund itself is important to these investors. Investors will typically request details of the experience and skillsets of the members of the board and will consider the composition of the board as between manager members and independent members when carrying out due diligence on a hedge fund.

Investors used to this level of independence in the hedge fund context may have considered that PE is behind the curve in this respect. With record numbers of exits in recent years, cash being handed back to investors who are reinvesting in a manager’s next fund and large fund managers holding successful closings of oversubscribed funds, LPs’ negotiating power has been weak such that any investor requesting the additional oversight (and cost) of independent directors on the GP board are likely to have that request, along with many others, denied.

However, with PE assets considered by many to be priced at the top end of the cycle, many are expecting funds to struggle to deploy capital and that dry powder will be an issue for many GPs in the coming years which may hand negotiating power back to LPs on the next fundraise.

While the appointment of independent directors in the PE world has traditionally not been considered necessary or, at very least, investor requests for such independence have largely been ignored, recent developments may change this. As the PE market struggles to find deal flow over the coming years, forcing GPs to come, cap in hand, to their LPs requesting commitment period extensions, thereby handing negotiating power over to their LPs, both on this matter but also in subsequent fundraisings, LPs who may have demanded governance in the hedge fund context may find their requests answered in the PE context.

It will also be interesting to see whether the SEC, under new leadership, continues its attack on the industry. If it does, managers may see the appointment of independent directors as a crucial tool to demonstrate to the SEC that conflicts and allocation policies have been adopted and complied with.

Simon Thomas is a partner at Campbells. He can be contacted at: sthomas@campbellslegal.com