Timing is everything: the use of ‘synthetic side pockets’ 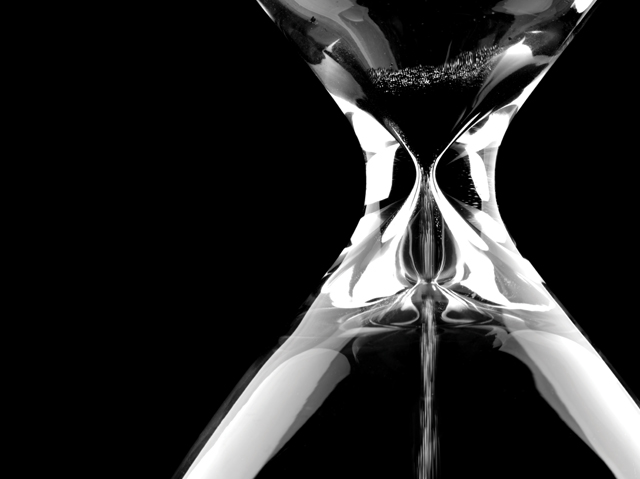 The FIA Leveraged Fund ruling provides solid legal guidance to what considerations investment managers and fund directors need to make when considering the making of an in specie distribution to a fund’s investors, as Marc Parrott and Guy Cowan report.

On April 5, 2012, the Chief Justice of the Grand Court of the Cayman Islands made an order for the winding-up of FIA Leveraged Fund, managed by Fletcher Asset Management Inc, at the conclusion of the first legal proceedings in which the court had really considered in detail in specie distributions, and the creation of a ‘synthetic side pocket’, by a Cayman-domiciled investment fund.

Given the thousands of funds domiciled in the Cayman Islands, and the degree to which in specie distributions, and side pockets, have been implemented by such funds in the several years since the global credit market implosion of 2008, it is interesting that this topic has not been the subject of detailed consideration on any prior occasion.

This ruling of the Chief Justice at first instance was subsequently upheld by the Cayman Islands’ Court of Appeal and, accordingly, now provides some very substantive legal guidance to what considerations investment managers and fund directors have to make when considering the making of an in specie distribution to the fund’s investors.

The Court of Appeal upheld the decision of the Grand Court in ordering the winding-up of the fund and found that there had not been a valid in specie distribution because the asset purportedly distributed did not exist in the fund’s portfolio at the time the investors were entitled to be paid their redemption monies, and was not of a sufficient value, and because the directors had not acted rationally when valuing the asset.

The background to these legal proceedings was that in April 2008, the shareholders had invested US$100 million in the FIA Leveraged Fund, an exempted company incorporated under the Companies Law (as revised) of the Cayman Islands. The fund was the feeder fund in an elaborate form of master-feeder fund structure, with several intermediate funds between the company and the ultimate master fund, Fletcher International Ltd, a company incorporated in Bermuda. The ultimate investments of the structure were in predominantly illiquid ‘PIPE’ assets—unlisted private investments in publicly-listed entities.

The shareholders had subsequently sought to redeem their investments, in accordance with the terms of the offering memorandum pursuant to which they had subscribed (the offering document), and the fund had tried on two occasions to satisfy the shareholders’ redemption requests by way of in specie distributions. The second of these attempts involved the creation of what was in effect a ‘synthetic side pocket’.

Specifically, the fund purported to settle the shareholders’ redemption requests in the following manner:

•  The master fund contributed various rights and obligations to a newly formed Delaware LLC, in consideration of the issue of approximately 136 million shares by the LLC to the master fund;

•  The LLC shares were transferred ‘up’ the structure from the master fund to the fund (ie, via the several ‘intermediate’ funds as an in specie redemption at each ‘level’ of the structure); and

The fund argued before the court that the shareholders had been fully paid for the redemption of their shares (ie, by the above in specie distribution) and, accordingly, were no longer creditors with standing to petition for a winding-up of the fund. The fund’s articles of association provided that the board of directors could determine, in their sole discretion, the value of the assets to be distributed in specie.

The purported in specie payment was rejected by the shareholders for a number of reasons:

The shareholders argued that the LLC shares were not, and could not be, assets of the fund/master fund as the LLC did not even come into existence until some six months after the shareholders’ redemption requests had been made and had been accepted, and after the date that the winding up petition had been issued.

•  Second, the shareholders argued that the rights were not assets at all, but liabilities. Crucially, the rights required an investment of US$65 million to be made, in order to trigger certain stock options; in the absence of such an investment, the rights would effectively become worthless and, in addition, the LLC would be liable for a significant financial penalty.

•  Third, the shareholders argued that, even if the US$65 million investment was made, the rights had a negative value in current market conditions (ie, the investment would be loss-making). On the fund’s own admission, the purported value of the rights was predicated on the LLC commencing, and being successful in, certain commercial litigation in the US. The shareholders argued that it was not appropriate for assets applied in an in specie redemption payment to be valued by reference to prospective litigation, which by its very nature is highly speculative.

The fund relied on the power of the board of directors to determine the value of the assets to be distributed as the basis for arguing that there was a genuine dispute. It argued that if the board of the fund had determined that the value was such that it discharged the amount due to the shareholders as redemption creditors then that was binding on them.

The Court of Appeal addressed the wording in the offering document that stated that the directors of the fund had a complete discretion as to the value to be attributed to the assets to be distributed to the shareholders. Referring to two recent decisions of the English Court of Appeal, the court reiterated that a decision-maker’s discretion is still limited as a matter of necessary implication by concepts of honesty, good faith and genuineness and a need for the absence of arbitrariness, capriciousness, perversity and irrationality. The court held that in this case the directors had not acted rationally when attributing a value to the assets purported to be distributed.

In relation to the argument that the LLC shares were not assets of the fund at the time the redemption requests were accepted and could not therefore represent assets of the fund/master fund, the court at first instance indicated that this could be a decisive point but that it should still consider the question of whether the shareholders actually received value for the debts due to them and therefore still had the right to petition.

If the relevant test is that the assets to be distributed in specie must be assets of the fund at the time at which the redemption requests were accepted it could result in it becoming extremely difficult for any fund to implement a ‘synthetic side pocket’ (ie, by thereafter creating a subsidiary for the purpose of distributing shares in specie at the subsequent time when the relevant redemption proceeds became payable).

From this it would appear that the relevant test is whether the assets to be distributed in specie are comprised in the fund’s portfolio at the date upon which it was contractually required to make payment in accordance with the relevant offering documents. This would appear to provide that a fund may still make use of synthetic side pockets provided that they are created in a timely manner between the date on which shares are redeemed and the date on which the redemption proceeds in respect of such redemption become contractually payable in accordance with the relevant offering documents (ie, so that the shares to be distributed are ‘an asset comprised in the fund’s portfolio’ at the time the payment of the redemption proceeds is due to the investor).

It is well known that the Cayman Islands is the global offshore fund jurisdiction of choice. One of the primary reasons for this is the existence of a stable and predictable legal system that affords protection for shareholders in circumstances where investment managers and fund promoters may seek to behave in an inappropriate manner.

The outcome in this case should provide further comfort to investors in this regard, and is likely to further increase the appeal of funds established in the Cayman Islands for this very reason.

Marc Parrott is a senior associate at Campbells. He can be contacted at mparrott@campbells.com.ky

Guy Cowan is a senior associate at Campbells. He can be contacted at gcowan@campbells.com.ky

Marc Parrott is a senior associate at Campbells. He specialises in the area of investment funds, including private equity funds and hedge funds. Parrott also advises clients on various other aspects of mainstream corporate, trusts and finance law. He has significant experience in the Cayman Islands having previously practised with Walkers. In addition, he has considerable top-tier international experience having practised in Australia with Freehills, in London with Linklaters and in Dubai with King & Spalding.

Guy Cowan is a senior associate at Campbells. He qualified as a solicitor in DLA Piper’s restructuring group in 2004.  He was admitted in the Cayman Islands in 2011 and specialises in insolvency and restructuring. Cowan deals with contentious restructuring matters and regularly acts for distressed hedge funds, insolvency practitioners, stakeholders and financial institutions in relations to solvent and insolvent liquidations.