The AIFMD: an overview 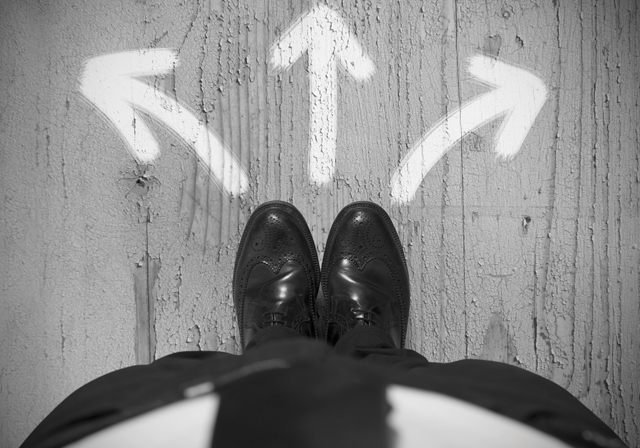 Compliance with the requirements of the upcoming AIFMD depends on several factors, including the location of the fund and its investors. Karine Seguin sets out the rules for Cayman-based funds.

What is the AIFMD?

The Alternative Investment Fund Managers Directive (AIFMD) is a major piece of EU legislation which will introduce a common regulatory regime across the EU for alternative investment fund managers (AIFMs). All 27 EU member states, along with Iceland, Liechtenstein and Norway from the European Economic Area, are implementing the directive. For the purposes of AIFMD, the EU is therefore these 30 countries.

The AIFMD is being introduced to:

3. Enable the marketing of any authorised alternative investment fund (AIF) in any EU country under a single ‘passporting’ system.

The AIFMD was introduced into EU law on July 1, 2011, with the Level 2 Regulations which direct the detailed implementation of the AIFMD at a national level published in December 2012. Individual EU member states have until July 22, 2013 to transpose the AIFMD into national law.

Both EU and non-EU AIFMs must now analyse their business to ascertain the broad implications of the legislation, the options available to them and the actions they should take.

Does the AIFMD affect Cayman funds?

If a Cayman fund is marketed to EU investors or has an EU-based manager, then it is affected by the directive.

By when do managers of Cayman funds have to comply with AIFMD?

First of all, the Cayman Islands Monetary Authority must sign its AIFMD cooperation agreement with the European Securities and Markets Authority (ESMA) by July 22, 2013, when the directive becomes part of national law in EU member states. This is expected to occur and the Cayman Islands Government has passed an amendment that will allow CIMA to do this.

If the AIFM of the Cayman fund is based in the EU, it must apply for AIFMD authorisation by July 22, 2014 (although there is still a lack of clarity over how individual member states will approach the year-long transitional period for existing EU-based managers from July 22, 2013 to July 22, 2014). Despite having to comply with the directive, the AIFM will only be able to market to EU investors via national private placement regimes. From 2015 it should be able to use the marketing passport.

A Cayman-based AIF, with an AIFM based outside the EU, will still be able to market in the EU via national private placement regimes, but from July 22, 2013 it will be subject to the AIFMD’s increased investor reporting and disclosure requirements and obligations to report to the regulators in each EU country in which the fund is marketed.

What other key dates are there?

In 2015, AIFMs using the private placement regime should be able to apply to use the AIFMD passport to market their funds in the EU, provided they comply fully with the directive.

In 2018, the workings of the AIFMD will be reviewed. At this point national private placement regimes may be abolished or extended.

Are there exemptions from the AIFMD?

An AIFM is exempt from the requirements of the AIFMD and need only comply with an EU member state’s national registration scheme if:

1) The total assets under management of the AIFM are less than €100 million, including assets acquired by leverage; or

2) The total assets under management of the AIFM are less than €500 million, provided there is no leverage and the fund is closed-ended for five years.

A number of investment vehicle types are generally excluded from the scope of AIFMD, including managed accounts, joint venture arrangements, single investor vehicles, securitisation vehicles and funds managed as part of a family office.

What are the key provisions of the AIFMD?

The AIFMD sets out new rules for AIFMs on:

•  Due diligence procedures on the assets being invested in.

One of the key requirements of the full regime of the AIFMD is that an AIFM must appoint an authorised single independent depositary for each EU AIF it manages. Clearly, a Cayman fund is not an EU fund, but where a Cayman AIF is managed by an EU AIFM and marketed in the EU via national private placement regimes, one or more entities must be appointed to perform the safe custody, cash monitoring and oversight functions set out in the AIFMD (although a number of the more detailed provisions on depositary liability and eligibility contained in it do not apply). This is the so-called ‘depositary lite’ regime.

A depositary is not required for a Cayman AIF if it is:

(i) Managed by an EU AIFM, but not marketed in the EU; or

(ii) Managed by a non-EU AIFM marketing to EU investors via private placement.

The full depositary requirement will apply for an AIFM that applies to take advantage of the marketing passport after 2015.

The AIFMD contains substantial provisions regarding the delegation of functions by AIFMs to third parties. Under the directive, AIFMs must perform at least one of the portfolio management or risk management

functions, otherwise they will be deemed a ‘letter-box entity’ and not the genuine AIFM of a fund.

AIFMs located outside of the EU that delegate portfolio management or risk management activities to a third party adviser based in the EU may find that the party to which the activities are delegated is considered the AIFM under the AIFMD, and therefore subject to the provisions of the Directive.

How are Cayman fund managers and funds affected by the AIFMD?

The table below summarises how four core combinations of fund and fund manager location are affected by the AIFMD.

The two possible scenarios in which a Cayman-based fund is affected by the AIFMD are:

•  The fund is managed by an EU AIFM; or

•  The fund is not managed by an EU AIFM but does market to EU investors. (NB: a Cayman fund managed by a non-EU AIFM which is not actively marketed to EU investors should not be captured by AIFMD. However there may not be a consistent understanding across EU nations of what constitutes reverse solicitation.)

For Cayman funds managed by an EU AIFM:

•  If the fund is marketed in the EU, this must be via the national private placement regimes until 2015, but the AIFM must apply for authorisation under the AIFMD by July 22, 2014 (even if it is not marketing in the EU).

•  The full Directive requirements will not be applicable until after 2015 (even though the AIFM is AIFMD-authorised) and then only if marketing in the EU is conducted via the passport.

•  If the fund is marketed in the EU using the private placement regime, the lighter-touch depositary regime will apply to it, meaning the AIFM will have to ensure that one or more entities are appointed to carry out the cash monitoring, safe-keeping, verification and oversight duties referred to in the Directive. The annual reporting requirements will also apply in this case.

For Cayman funds managed by a Cayman or other non-EU AIFM:

•  Until 2018 the fund can continue to be marketed to EU investors via national private placement regimes (it is possible they will then be abolished). This does not require AIFMD authorisation, but requires compliance with the additional obligations below.

•  From July 22, 2013, depending on the national interpretation of the application of transitional provisions, the AIFM may need to comply with the Directive’s minimum disclosure requirements. These include the filing of data with the regulator in each jurisdiction where the AIF is marketed, the preparation of annual reports and making certain required disclosures to investors (including details on operational frameworks, financial reporting and remuneration).

•  From 2015 onwards a Cayman or other non-EU AIFM of a Cayman AIF may be able to become authorised under the AIFMD to take advantage of the marketing passport without establishing a legal entity in the EU. It will need to choose a member state of reference in order to apply. Full AIFMD compliance will be required to use the passport regime.

What do fund managers need to do?

•  Review your current structure and then analyse the degree to which it is already in the scope of the AIFMD;

•  Evaluate the importance of marketing to EU investors for your funds;

•  Explore the steps and associated investment/reward that would be required to comply with or mitigate the impact of the AIFMD;

•  Take specific professional advice to finalise your plan of action.

Karine Seguin is head of business development for the EMEA region at Trident Fund Services. She can be contacted at: kseguin@tridenttrust.com

Karine Seguin is head of Business Development for the EMEA region at Trident Fund Services.  A graduate of Ecole HEC in Paris, she has worked in investment banking and the funds industry for the past 20 years. Previous roles include the marketing and sales of equity structured products for Calyon in Hong Kong and London, and Sales Director for Alternative Investments at Société Générale Asset Management in London.

She has worked with numerous start-up and established funds across the ten jurisdictions covered by Trident Fund Services to help them put in place high quality administration, accounting and shareholder services.