Tax Neutrality and Liquidity in a Time of Crisis 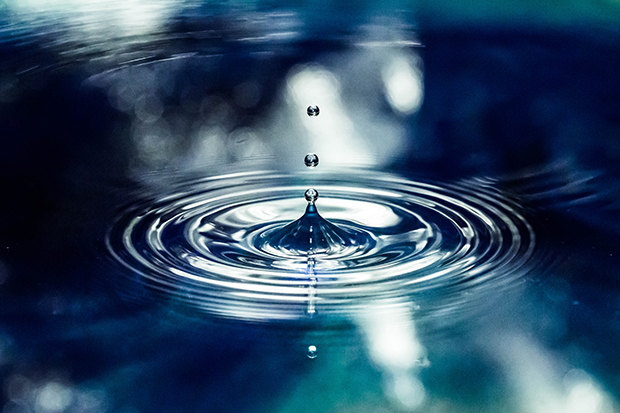 In a crisis global policymakers often focus their attention onto tax-neutral global financial hubs, which they accuse of enabling tax abuses. In fact, such jurisdictions have transparent and fair tax systems, and offer vital liquidity for financial markets, as Cayman Finance’s Jude Scott describes.

Governments around the world have taken dramatic action to address the health risks caused by COVID-19. However, doing so has created a wide range of significant economic risks.

While health is the top priority, it’s also essential that countries maintain functional economies that will be a vital component in their long-term recovery. As in previous crises, liquidity is becoming a leading ingredient in that effort.

Lazear wrote: “In a normal recession, monetary and fiscal stimulus might be appropriate. Today, though, our economic policies need to work in concert with our efforts to fight the pandemic. There will be a time for stimulus, but for now, what we need is enough liquidity to help weather the months ahead.”

The system in place to enable that pooling and investment of global capital—global financial hubs—has been under assault by certain non-governmental organisations and even some government regulators. Yet their beneficial role is more important to the world economy
than ever.

The Cayman Islands is the best example of a well-regulated jurisdiction that is a significant source of global liquidity. According to the most recent statistics from the Cayman Islands Monetary Authority (CIMA), there are nearly 11,000 mutual funds registered in the Cayman Islands, with combined assets totaling nearly $7 trillion.

The use of Cayman-domiciled investment funds is a truly global phenomenon. CIMA reports that there are 107 countries where investors own at least 10 percent of a fund domiciled in Cayman.

Wide-ranging benefits
The majority of securities in which Cayman-domiciled investment funds invest are issued by the US capital markets, but Cayman-based investments into other jurisdictions aren’t limited to the US.

The governments in these countries have been some of Cayman’s sharpest critics, yet they are among the biggest recipients of the essential liquidity generated by Cayman-domiciled funds.

The biggest threat to the efficient injection of liquidity during this time of crisis—outside of misguided regulatory efforts by some government bodies—is double taxation. When capital is moving between two or more countries, there is a risk that the domestic tax laws and rules involved would result in the same income or profit being taxed by each country.

Although these taxes could be levied multiple times, it’s generally referred to as “double” taxation, and is considered by the United Nations (UN), the Organisation for Economic Cooperation and Development (OECD) and others as a significant barrier to beneficial cross-border economic activity.

There are various options sanctioned by UN and OECD models to properly eliminate or diminish the risk of double taxation, but
the two main options are tax neutrality and tax treaties. While both are commonly accepted regimes used by countries around the
world, only one of them has the potential to be abused to improperly avoid taxes.

Tax neutrality
The Cayman Islands has established itself as the leading channel for global investment capital pooling and allocation, in part, because of its adoption of tax neutrality. Cayman’s policy of tax neutrality means investors in Cayman entities remain subject to their home jurisdiction’s tax requirements, with the Cayman Islands declining to add an additional layer of taxation onto the proceeds from their investments.

This straightforward policy allows Cayman to achieve the same objective as countries with double tax treaties, but provides Cayman with similar or stronger safeguards against abuse.

This type of tax neutrality practised in tax-neutral global financial hubs like the Cayman Islands is widely used.

The manager of New Zealand’s NZ Super Fund describes it best. “The use of collective investment funds domiciled in locations such as … the Cayman Islands is legal, common and widely considered best practice portfolio management,” the manager says.

“The collective investment fund provides a tax-neutral jurisdiction to ensure its collective income does not pay a second layer of foreign tax in relation to income on which all applicable taxes have already been paid at source.”

Investment hubs
The other common method for addressing the risk of double taxation, and the threat to the essential movement of global investment liquidity, are tax treaty investment hubs, which rely on the use of double tax treaties. These treaties are by nature complex and less transparent, and therefore sometimes pose a risk of abuse for tax evasion or aggressive tax avoidance.

According to the European Commission: “Some companies avoid taxes by ‘treaty shopping’ ie, by setting up artificial structures to gain access to the most beneficial tax treatment under various tax agreements with other member states or third countries.”

This practice is widespread enough that the EU has had to take measures to combat the abuse. This could indicate that concluding a tax treaty gives rise to rerouting of investment and income flows, and potentially increases incentives for base erosion and profit shifting, rather than increasing the overall investments made.

Transparency
Tax-neutral global financial hubs such as Cayman support a level of transparency that arguably make them better at combating tax evasion and aggressive tax avoidance than the tax treaty investment hubs that rely on the often-opaque system of double tax treaties.

The Cayman Islands is a transparent, cooperative jurisdiction that already meets or exceeds the full range of globally-accepted standards for transparency and cross-border cooperation with law enforcement and tax authorities.

The OECD’s Global Forum in 2017 assessed Cayman to be “largely compliant” with the international standard for transparency and exchange of information. That is the same rating it gave to Germany, Canada and Australia.

Given the rapidly rising need for liquidity to help keep global economies afloat during the severe downturn caused by the COVID-19 outbreak, tax-neutral global financial hubs will be critically important to support the free flow of capital, investing, and financing.

A diverse range of jurisdictions, from the US and China to Japan and the EU, benefit from investments pooled and directed from Cayman-domiciled funds. Now is the right time to work through tax-neutral global financial hubs. It is the wrong time to apply misguided regulations that diminish their effectiveness.

Global regulators and tax authorities should focus their efforts on the tax treaty abuses that undermine effective tax collection, not the transparent and tax-neutral jurisdictions that enable effective tax collection globally. By halting misdirected regulation, barriers to the flow of investment liquidity can be reduced. This will ensure global investment capital can move efficiently to the markets where it can do the most good to support businesses and employment during this precarious time.

Jude Scott is chief executive at Cayman Finance. He can be contacted at: enquiries@caymanfinance.ky