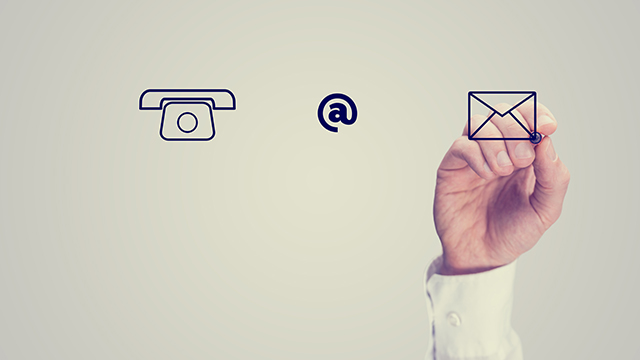 The Cayman Islands Funds Administrators Association has played an important role acting as an intermediary between administrators and the government during the transition to new regulatory regimes such as FATCA, as its chairman Daniel Allard explains to Cayman Funds.

The Cayman Islands has needed to adjust to several far-reaching new regulatory regimes in recent years—the most wide-reaching being the US Foreign Account Tax Compliance Act (FATCA). The Cayman Islands Funds Administrators Association (CIFAA) has played an important role bringing such initiatives to fruition in a positive and non-disruptive manner.

“It is important that we are always pushing ahead of the game in terms of compliance and having these good communication channels as well as very high standards ensures that."

To help the industry prepare for and adjust to the far-reaching implications of FATCA, the body formed a sub-committee two years ago, well ahead of FATCA at the time, to act as a communications channel between regulators and industry.

“It has acted as a perfect channel to deal with regulatory questions to help smooth communication around this issue,” says Daniel Allard, the chairman of CIFAA.

“It has been very beneficial. One of the real strong points of the Cayman Islands has always been the willingness of regulators to work with the industry on initiatives such as this, to ensure they work well for both parties.”

The sub-committee meets twice a month and examines what issues, as they affect administrators, are a problem at the moment and how they can be resolved.

“A representative from the government’s FATCA working group is present at the meeting as a direct contact whom we can present questions to. Most of our members attend and it is very beneficial.”

But, Allard says, some of the biggest issues raised by FATCA will come as the first reporting deadlines loom closer. The first of those deadlines comes at the end of May. “That is when the true teething problems start to emerge and that is where we get involved,” Allard says.

Submissions by Cayman-based funds will be made using a bespoke portal set up by the Cayman government specifically for this task. This will then be used to submit the relevant information to the US authorities.

“The portal has been tested but we are anticipating some teething problems over next few months,” Allard says. “Registration on the portal has to be done by April 30. There will be some wrinkles as we go through the process and the sub-committee can help iron them out.”

While FATCA represented a big undertaking for administrators, even tougher regulatory compliance challenges could be just around the corner. The UK version of FATCA is still to come with the first reporting deadlines likely to be in 2016 while Allard believes that Common Reporting Standards (CRS) could be a much bigger undertaking than US FATCA due to the variations that could emerge between the different ways countries will deal with CRS.

By way of background, CRS, formally referred to as the Standard for Automatic Exchange of Financial Account Information, is an information standard for the automatic exchange of information developed in the context of the Organisation for Economic Cooperation and Development (OECD). The legal basis for exchange of data is the Convention on Mutual Administrative Assistance in Tax Matters and the idea is based on the FATCA implementation agreements.

On May 6, 2014, 47 countries tentatively agreed to share information on residents’ assets and incomes automatically in conformation with the standard. Until now, this had been done upon request only. The new system is supposed to automatically and systematically transfer all the relevant information.

Allard believes this could be even more time-consuming to implement than FATCA. Again, this could see the CIFAA play an important role in the smooth implementation of the new initiative.

“I think CRS will be a very big undertaking,” he says. “The work involved in that could ultimately be three times as much as FATCA was. Our sub-committee will again be ready to step up to the challenge and work with the government to smooth out the process, help our members and resolve the nuances of these things.”

Overall, Allard believes that Cayman has coped with regulatory change very well in recent years—as much as anything because of the close working relationship that exists between government and industry bodies such as CIFAA. He also praises the very high standards that have been set at every stage of the process.

“The industry has coped with things very well,” he says. “It was important the new regimes are embraced correctly by Cayman and the highest possible standards were implemented. Achieving Model 1 was important in terms of our strategic positioning as most view it as the ideal outcome for Cayman.

“It is important that we are always pushing ahead of the game in terms of compliance and having these good communication channels as well as very high standards ensures that. It has worked well in recent years and our aim is to continue to move forward with the objective of bringing everyone together with a single voice to articulate issues and drive these forward in a way that is practical and beneficial to all.”