At the epicentre of the funds universe—and staying there 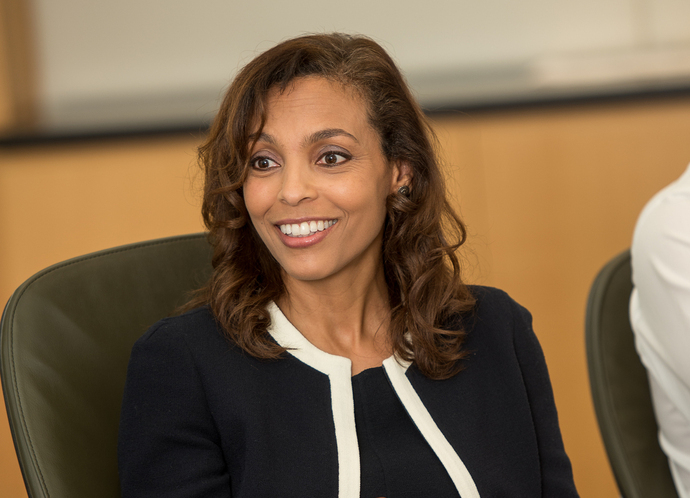 The Cayman Islands remains the heart of the offshore hedge funds world, and it is well positioned to remain there even in a future driven by technology including artificial intelligence, Ingrid Pierce, global managing partner at Walkers, tells Cayman Funds.

Despite challenges from industry conditions and rival jurisdictions, the Cayman Islands remains the epicentre of the offshore hedge funds world.

That is the view of Ingrid Pierce, global managing partner at Walkers, and it’s hard to disagree with the head of a major international law firm that is a recognised leader in these markets, with a presence in all of the most significant jurisdictions.

“Our clients are global and that gives us a unique vantage point,” says Pierce.

In assessing the state of play in Cayman, Pierce believes the hedge fund industry is still robust, despite significant performance challenges and a convergence with other asset classes, along with an investor base that is always looking for an edge and wanting to do things differently.

Featuring strongly among these requirements are managed accounts, as well as different fund terms and fee variations, as managers respond to market pressure from investors with big tickets to write. “We keep hearing that investors are not interested in paying for beta,” Pierce says, noting that fees are fine if they are considered fair and rational but it’s a very different situation from some years ago where headline rates were higher and there was little variation.

“Previously, unless you were dealing with a very large investor, managers didn’t have to be as creative as there was a lot more sticky capital,” she says.

In terms of fund launches, 2018 year to date has not produced as many. It’s a case of quality over quantity for the firm which counts the some of the biggest global investment managers as its clients. “The new fund pipeline is still active but it has become more complicated to start up,” Pierce says.

While Walkers is still seeing startup funds come to market, there is more action on the institutional side and it’s the existing institutional managers that are now active, after a quiet spell which lasted a number of years.

“Today is more like the market of eight years ago,” Pierce says. “Institutional managers are better able to customise and offer a wide range of products, including retail style products. It helps that they have the resources to spend on research and the larger fund of funds can afford to bet more on promising new managers.”

While in the past it has been hard for startup funds to attract capital, some of the new spinouts have received significant allocations from institutional investors. Pierce says there are some very smart managers receiving a lot of interest, although they still need to build a track record.

While there is no doubt that it’s very difficult for startup funds in today’s climate, launching in Cayman is expensive but not prohibitive, Pierce explains.

“I don’t think it is putting people off,” she says. “Prime brokers are working with funds that are sub $100 million but it’s a huge challenge. The bigger launches are around $500 million. We do see a few above that but they are really the exception.”

Cayman practitioners also remain squarely focused on the agenda in Europe, which has been a constant complicating factor since the proposed implementation of the Alternative Investment Fund Managers Directive (AIFMD) regulations and now ins and outs of a hard or soft Brexit.

The rise of Luxembourg and other European fund centres hasn’t gone unnoticed in the Cayman Islands. For Walkers, with its presence in Ireland for nine years, it’s no surprise that this is where the firm is seeing a lot of activity, especially in the fund finance space and in the collateralised loan obligations (CLO) market; Ireland is thought to have been a net beneficiary of much of the activity in Europe.

“Brexit has been a big blow to the city of London. Brexit is a driver of uncertainty and uncertainty is not something that managers relish,” says Pierce.

“Some US businesses that previously considered establishing in the UK are now looking at other places in Europe.”

The rise of crypto funds is another phenomenon that Cayman-based service providers are focused on. In terms of establishing a fund, the regulatory picture is not especially different from other regulated funds, all of which have to meet certain regulatory requirements. Initial coin offerings (ICOs), however, are about a different product and Pierce understands there will be a regulatory framework that will capture some of these products.

“There is an opportunity here for Cayman to be on the positive side of the debate and facilitate innovation in this area, but there does need to be proportionate regulation to protect investors. We have to get the balance right and there is lots of work to do. There is no simple answer,” she says.

Pierce explains that Cayman has introduced many new products remarkably well, including hedge funds, private equity funds and other asset vehicles in a sophisticated, well run jurisdiction, with reliable regulations and a strong judiciary, something Cayman needs to maintain.

“Given its place in the global funds industry, Cayman isn’t going to lower its standards. We need to continue to be a trusted jurisdiction with strong but proportionate regulation, which is not so restrictive as to inhibit capital flow and innovation,” she says.

The crypto funds space is an area which has grown from a small handful of players to now almost everyone claiming to be an expert but, as Pierce says, in this evolving sector it’s essential to get the right legal and tax advice.

“We have seen quite a lot of activity from funds in the crypto space. Managers are dipping their toes into the water and some of them are big institutional players,” she says.

“Most enquiries are in the ICO space and in that area we are more thoughtful about the work we will and won’t take on.”

“Funds need to demonstrate on a daily basis that they have the right procedures in place and have sufficient independent checks and balance.”One of the biggest themes in the market in recent years, and significantly since the fallout from the financial crisis, is corporate governance. It is not just now mainstream and accepted, but has been a revolution in a short space of time, Pierce says.

“Generally, the size and complexity of a fund will dictate what is appropriate, although we are seeing higher standards across the board. Investors frequently question managers about the right level of oversight.

“Funds need to demonstrate on a daily basis that they have the right procedures in place and have sufficient independent checks and balance. Some funds have effectively become more like public companies.

“With more focus on these requirements and the costs involved, funds probably can’t be as nimble as they used to be, which mutes creativity and the ability to create alpha,” she explains.

After almost a decade of the institutionalisation of the hedge fund industry and looking ahead to what’s coming next, for Pierce the future will be tech-driven and unlike anything we’ve seen before.

“The hedge fund industry needs its own evolution and the smart money is still on alternatives, but a brand new type of asset management,” she says.

Whether that future is driven by robot advisers or cryptocurrencies it’s clear people want something new, and the challenge for Cayman is to remain relevant and at the forefront of this technological advance.