During the roundtable, participants were asked to take part in a poll to assess their opinions and sentiments towards a number of key parts of the discussion including regulatory change, talent management and technology. The results made fascinating reading.

Innovation around technology and regulatory change were the two main discussion points of the roundtable and their importance to participants also stood out in the poll conducted by EY at the event using Mentimeter.

Asked to rank the most important topics impacting the funds sector on Cayman, regulatory change featured most prominently, followed by innovation and technology, and talent. Other aspects of the industry including investment strategy, sustainability and economic substance legislation featured less prominently. Client experience and data were the focus for 22 percent of attendees, while 11 percent intended to apply technology and innovation for their investment strategy.

Artificial intelligence and process automation was highlighted as an application of emerging technologies within the industry, with blockchain and tokenisation ranked as not important or deprioritised (Figure 2). Advanced data analytics and regtech solutions were seen as having some importance. 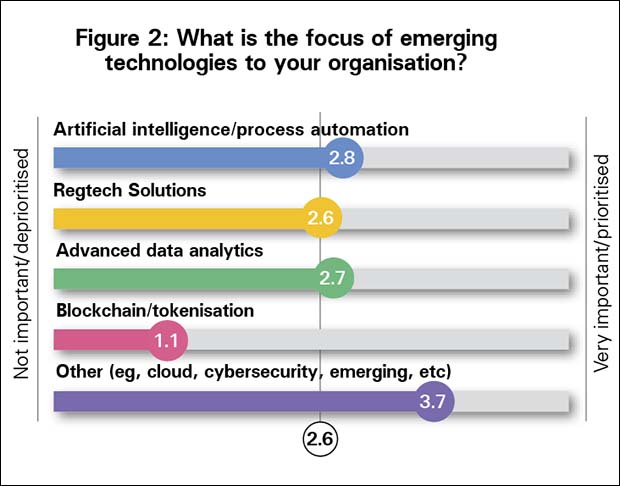 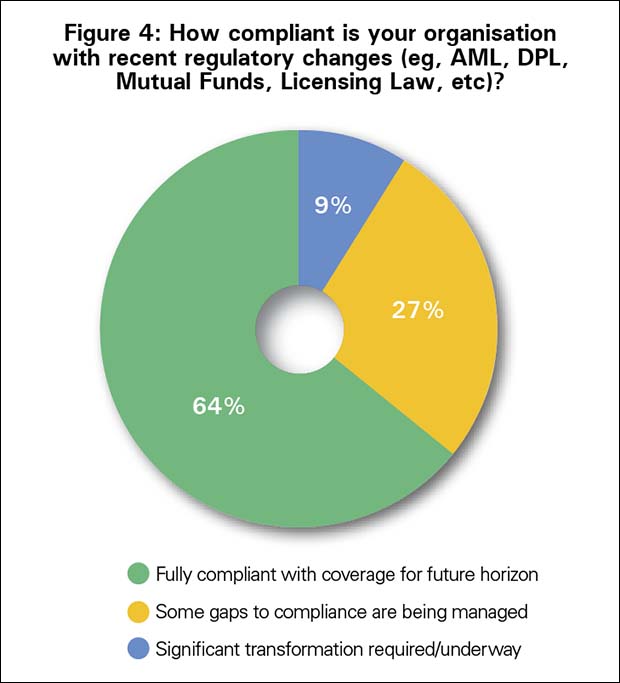 On the subject of future trends for various asset classes, private equity was highlighted as the class that would experience the most growth, with digital and other classes seen as stable (Figure 5). 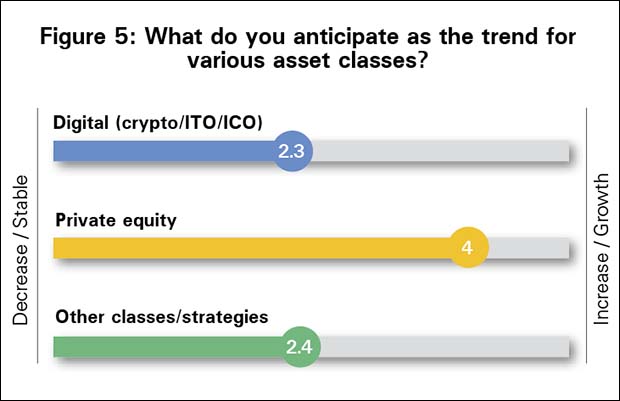 On the topic of how they plan to attract or retain the right skillsets for their organisations, respondents ranked upskilling and retention as the priority, followed by the use of technology for automation and optimisation (Figure 6). Growth through the recruitment of new and additional talent ranked third, followed by outsourcing. 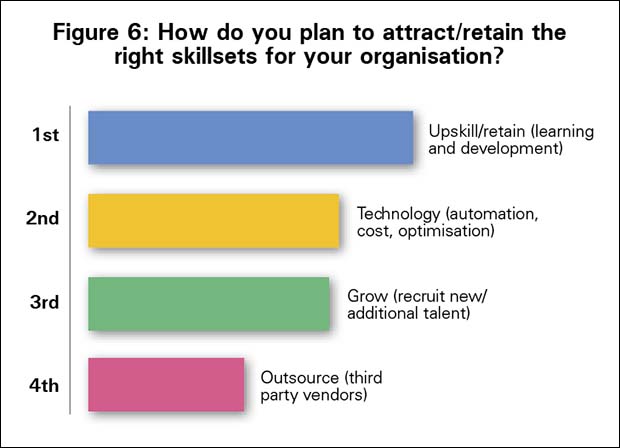