Putting the G into ESG 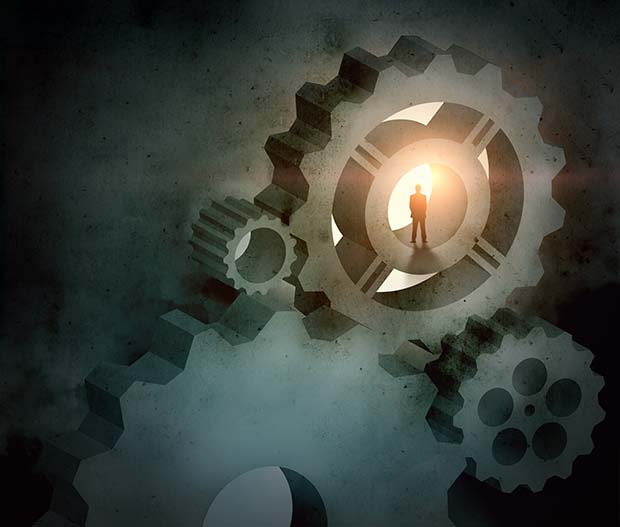 ESG—environmental, social and governance—is the latest shiny toy in the investment fund universe, displacing blockchain as the main focus of investor attention. Governance in particular is crucial to the evolving requirements for Cayman Islands funds, says Jarrod Farley of Carey Olsen.

Environmental, social and governance (ESG) as a concept evolved out of precursors such as corporate social responsibility (CSR) and socially responsible investing (SRI) that have been around for decades. Each incarnation responds to actual or perceived investor demand.

To some, the awakening to ESG of the alternative investment fund (AIF) industry seems like a Damascene conversion, probably driven by the arrival of snowflake Millennials within the ranks of investment allocators. But by seeing ESG as the latest development in a longer term trend, and taking account of the institutionalisation of investors, and the collective pressures they have exerted on managers (discussed below), ESG seems less of a fad and more like a sophisticated investor tool for managing risks and boosting long-term returns.

“Managers must disclose all pertinent information to investors, particularly actual or potential conflicts of interest and any financial calculations open to manipulation.”

Good governance, whether in relation to a direct investment or an AIF through which an investment is held, may be conceived as a set of rules, procedures or practices. These rules ensure the relevant enterprise is operated in the interests of its owners, while allowing management to pursue profits in a generally unconstrained manner within the established scope of their authority.

Governance practices might therefore be regarded as “good” by investors, until those additional constraints tip the balance and add costs that reduce returns. The long-term success of the Cayman Islands as a leading jurisdiction for AIFs will likely be determined by its ability to strike this balance in its regulation of fund governance.

The AIF industry has gone through a well-documented process of institutionalisation since the 1990s. The earlier investor base of high-net worth individuals, private banks and family offices gradually gave way to more institutional investors such as pension funds. For some time before the financial crisis of 2007/8, and some years before regulators such as the SEC decided to regulate the industry, investor-driven pressure for increased governance standards and self-regulation had been building within the industry itself.

In September 2006, the Alternative Investment Management Association (AIMA) released its industry guidance note on hedge fund side letters, to combat growing investor concerns over unequal treatment of investors. Then, in September 2009, the first version of the Institutional Limited Partners Association (ILPA) Principles was issued. The ILPA Principles were intended to foster “transparency, governance and alignment of interests” between general partners and limited partners; it was essentially an expression of concern from a body of institutional investors about governance standards among managers of closed-ended AIFs.

In the Cayman Islands, regulatory developments in the area of fund governance have generally been limited and cautious, reflecting the prudential approach of the US and UK, rather than the strict rules-based approach of the EU. The preference was for guidance, rather than prescription.

Action was initially prompted by the high profile 2011 judgment of the Cayman Islands Grand Court, in a case involving a stunning breach of duties by the directors of Weavering Macro Fixed Income Fund. This case helped dispel the misconception that a preponderance of institutional investors would itself regulate the behaviour of AIFs, which would be kept honest merely by the due diligence, reporting and other requirements imposed by those investors.

In December 2013, the Cayman Islands Monetary Authority (CIMA) released a Statement of Guidance for regulated mutual funds, on the subject of corporate governance. This was followed in 2014 by the enactment of the Directors Registration and Licensing Law, which established a registration regime for directors of regulated hedge funds. For the first time, this law gave CIMA tools to properly monitor the composition of regulated hedge fund boards.

In 2020, changes to the Mutual Funds Law, and the introduction of the Private Funds Law, will bring the governance of previously unregulated Cayman Islands AIFs within CIMA’s regulatory ambit. The key question is whether these regulatory developments strike the correct balance for AIF investors between regulatory protections
and costs.

To gauge the key concerns of institutional investors, the ILPA Principles are a good point of reference. These list three guiding principles:

i) Alignment of interest, meaning that the manager’s financial incentives should be aligned with and not conflicting with those of investors (so carried interest or incentive fees are preferred to management fees, which should primarily be to cover operating costs, and potential conflicts, such as transactions with related parties, should be avoided or referred to investors for resolution);

ii) Governance, meaning that managers should acknowledge and abide by their fiduciary duties and not seek to avoid the need for investor consents by building in excessive discretion; and

iii) Transparency, meaning that managers must disclose all pertinent information to investors, particularly actual or potential conflicts of interest and any financial calculations open to manipulation, such as fees and expenses, which should also be independently reviewed.

The ILPA Principles do not seek to impose specific terms on managers, and stress that the terms of each AIF should be viewed holistically. The aim is that “best practices will result in better investment returns and a healthier private equity industry”.

Institutional investors believe that their interests are best served by encouraging best practices in governance, through transparency and independent oversight, rather than by prescriptive rules. The underlying assumption is that managers of AIFs adhering to these principles will produce better returns. Investor capital will therefore naturally gravitate towards them over time.

Cayman’s approach to AIF regulation has been ideally suited to this investor-driven model of fund governance, which accounts for much of its enduring appeal. The key regulatory feature of both the Mutual Funds Law and the new Private Funds Law is independent oversight through annual audited accounts signed off by an approved Cayman Islands auditor.

This creates the boundary conditions for a safe environment within which the details of governance are largely determined by investor preference. Cayman hedge funds now predominantly have boards with a majority of independent directors—not because it is required by regulation, but because it is an investor expectation (the only regulatory backstop being the requirement for regulated funds to have at least two directors).

Similarly, the new Private Funds Law sets boundary conditions with requirements for valuations, safekeeping of assets and cash monitoring, but leaves it to managers to decide whether these functions should be outsourced to independent third parties or undertaken internally, with disclosure to investors of any potential conflicts. It will be determined by investors expressing their preferences through capital allocations, whether they want managers to outsource these tasks, or not.

The answer will likely depend on the particular circumstances of each AIF. In this, Cayman’s regulatory approach clearly aligns with that of institutional investors. The holistic approach referenced in the ILPA Principles is reflected in CIMA’s guidance on fund governance, which injuncts regulated AIFs to have governance “appropriate and suitable” for their “size, nature and complexity”. This is a recognition that, for such a diverse and complex industry, there is no one-size-fits-all governance solution.

As investment structures, asset classes and investor composition continue to evolve, the accompanying risks that concern investors will similarly change over time. Cayman’s regulatory framework for AIF governance has developed in response to concerns expressed by the industry itself, and follows the industry’s preferred approach by encouraging alignment of interests through transparency.

It is a framework within which governance can develop through the exertion of, and in line with, market forces. It relies on principles that have been stress-tested by the financial crisis of 2007/8 and fine-tuned over the following decade. The incredible growth in allocations to the industry tells its own story: from an estimated total assets under management of $1 trillion in 1999 for all AIFs globally, to almost $7 trillion by the end of 2017 for Cayman’s regulated hedge funds alone.

Cayman’s closed-ended sector has similarly grown apace, as we can tell from the number of vehicles formed, but it has grown largely in the dark. In keeping with the principle of safeguarding investor interests through transparency, light will be shed on this sector of the industry by bringing it within the scope of regulation. The resulting transparency should allow for more efficient allocations of capital, driving up governance standards and investor returns across the industry.

Jarrod Farley is the managing partner of Carey Olsen’s Cayman Islands office. He can be contacted at: jarrod.farley@careyolsen.com