On a mission to help children 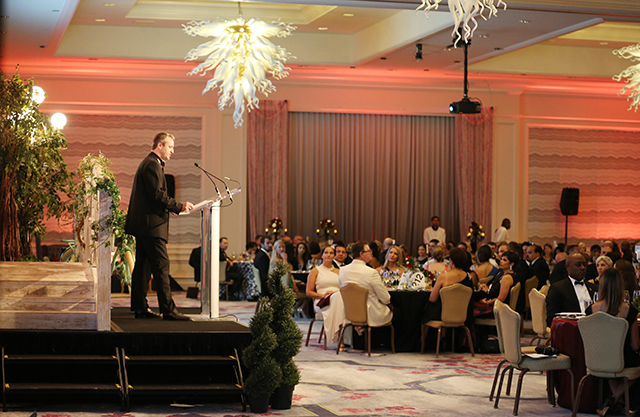 Hedge Funds Care Cayman raises money and spends it in the form of grants to child abuse prevention and treatment programmes located in the Cayman Islands. Cindy Hislop, a board member of Hedge Funds Care Cayman, reports on the international charity’s important work and the latest local news.

Hedge Funds Care (HFC), also known as Help for Children, is an international charity, supported largely by the hedge fund industry and the alternative investment sector. The sole mission is to prevent and treat child abuse with the goals of raising as much money as possible to fund such programmes and focusing the resources of the hedge fund and finance industries on a major community need.

Child abuse occurs across all socioeconomic, religious, racial, ethnic and class divides. It is a hidden problem and not a topic that people want to discuss, therefore it is often misunderstood. That is why the hedge fund industry has chosen to champion this cause.

HFC has chapters in 12 major cities worldwide: in the US, Canada, the Cayman Islands, Ireland, the UK and Asia. These chapters raise money through various events and distribute the funds locally to community-based non-profit organisations that address the treatment and prevention of child abuse in the following areas:

Since inception of the charity in 1998 HFC has awarded more than 1,100 grants with a value of more than $44 million.

The Cayman Islands chapter of HFC, HFC Cayman, was founded in 2005 and is largely volunteer driven, with professionals from the hedge funds industry serving on the board and committees that plan events and evaluate grant proposals. All net proceeds raised at the annual events are distributed in the form of grants to child abuse prevention and treatment programmes located in the Cayman Islands. Over the past 11 years HFC Cayman has distributed over $2.5 million in grants, serving more than 500 children.

HFC Cayman’s grantees provide services to children of all ages and span the entire spectrum from preventive and educational services for at-risk families to forensic interviews and therapy for children who have already experienced abuse.

“In the first years of HFC Cayman, we were fortunate to be informed about the gaps in child abuse prevention and treatment services, through meetings with local agencies, government, and community leaders,” says Geoff Ruddick, chairman of the board of directors of HFC Cayman.

“We used this input as guidance when we reviewed grant applications. Increasingly, we’ve seen agencies, both governmental and private, learn to work more collaboratively now that the 2012 Children Law makes greater demands for rapid response. As a result, the child welfare system in Cayman is stronger and better coordinated than ever before.”

“Although much progress has been made in Cayman, there is still much more to be done,” he says.

HFC Cayman grants have helped to strengthen the Island’s child welfare system. In 2015, HFC Cayman distributed approximately $340,000 in grants to the following 10 organisations:

To mark its 10th anniversary in 2014, HFC Cayman hosted a stakeholders meeting which was attended by representatives from government, HFC Cayman grantees, and other private wellness practitioners, as well as HFC Cayman’s academic consultant and child welfare expert, Dr Bart Grossman.

In 2015 HFC Cayman hosted a follow-up meeting with the stakeholders which focused on the four themes that emerged from the 2014 meeting:

Dr Grossman, who ran the meeting, indicated that the Cayman grants committee would pay special attention to new proposals that addressed these themes going forward. Renee Skolaski, executive director and CEO of HFC who was also in attendance, suggested that agencies might work together on joint proposals.

“It has been extremely heartening to see government, community agencies and the financial industry working in partnership, setting and meeting goals to enhance services for maltreated children and to prevent child abuse,” Dr Grossman said.

The 2015 Annual Gala Dinner and Auction was held at the Ritz Carlton with a ‘Midnight in Paris’ theme. Items being auctioned included an Audi TT and a Cayman Islands Catboat—the first built on-Island in more than 20 years. The event was attended by many of Cayman’s dignitaries and representatives from the local hedge fund industry.

“I have had the privilege of meeting the grantees and seeing the work first hand and I know how significant the HFC Cayman support is to preventing and treating child abuse on the Island. I look forward to watching that impact grow in the coming years through the generosity of the hedge fund industry.”

In his opening remarks at the Gala, Nicholas Butcher, co-chair of the Committee of Hearts—the committee tasked with organising the event—said, “We are pleased not only with respect to the dollar amount raised to support the primary cause—impressive enough on its own—but in seeing how awareness of the need for, and cross agency cooperation with respect to, the prevention and treatment of child abuse and neglect has grown and improved over that time.”

The evening was an enormous success and again raised over $300,000 for the charity. The grant committee will soon begin their rigorous evaluation and due diligence process for potential grantees and determine how these funds will be distributed. The grant cycle should be concluded by the end of April after which a press release will follow to announce the recipients.

HFC Cayman committees are made up of senior executives and professionals from a wide range of organisations within the Cayman Islands hedge funds community including Carne, Deloitte, Elian, EY, Harbour, Harneys, Highwater, KPMG, Maples, Mourant, MUFG, Ogier, PwC and Walkers.

Cindy Hislop is a partner at Deloitte and a board member of HFC Cayman. She can be contacted at: lhislop@deloitte.com