Modern, flexible and confident on collaboration 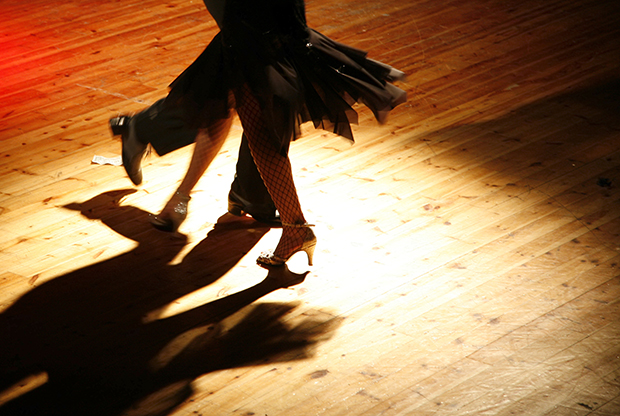 The Cayman Islands continues to be one of the top 10 international financial centres in the world. A modern, flexible, yet robust regulatory framework, and collaboration with relevant stakeholders will help it maintain this position, says Cindy Scotland, managing director of the Cayman Islands Monetary Authority.

Central to the Cayman Islands’ success are the comprehensive regulatory framework and systematic supervision of its regulated industry sectors.

While the jurisdiction remains highly competitive in several areas, the Cayman Islands is particularly known as a top domicile for hedge funds.

As of December 2017, the jurisdiction regulated a total of 10,559 funds, which comprises 7,331 registered funds, 331 administered funds, 81 licensed funds and 2,816 master funds. The number of new fund registrations with the Cayman Islands Monetary Authority (CIMA) (1,172 compared to 1,238 in 2016) continues to experience the effects of global trends whereby (i) the lack of startup capital; and (ii) post-crisis regulatory barriers are cited as two of the main reasons for the decline in new fund launches.

However, although the number of legal fund structures has declined, there has been an increase in the number of multi-fund structures, such as segregated portfolio companies, which has been the industry’s response to creating new and varied offerings for investors without additional overhead costs.

In addition, the 2016 Investments Statistical Digest indicates that total assets of regulated funds increased by 7.6 percent from $5,707 billion in 2015 to $6,142 billion in 2016. Therefore, despite the challenges faced, the steady growth in overall assets managed by Cayman-based funds demonstrates a continued confidence by investment managers in the jurisdiction’s regulatory regime.

Under the Securities and Investment Business Law (SIBL), there were 34 licensees, and 2,760 excluded persons as of December 2017. This represents a marginal decrease from 36 licensees and an increase from the 2,555 excluded persons compared to the previous period in 2016.

Throughout the year, the Authority expended much of its efforts in the preparation of the assessment by the Caribbean Financial Action Task Force (CFATF), where an onsite visit took place in December 2017. As part of the assessment, CIMA also implemented several legislative changes and regulatory procedures to help combat terrorist financing and money laundering.

Prior to the CFATF assessment, we held a series of stakeholder dialogue sessions which allowed representatives of regulated entities and industry stakeholders to gain a better understanding of the expectations of the CFATF and industry’s role throughout the process. The presentation included topics such as the risk-based approach, and the newly introduced administrative fines legislation, including the proposed changes to the 2017 Anti-Money Laundering Regulations (AMLR).

The new AMLR came into effect on October 2, 2017 and replaces the Money Laundering Regulations (2015 Revision). The new legislation highlights structural and substantive changes, some of which include new definitions for specific terms and words, more specifically as they relate to the regulated sectors of CIMA. Guidance Notes were also revised to further assist industry in understanding and applying the AMLR.

Despite substantial legislative changes and enhanced standards, additional measures are still under consideration. Therefore, similar stakeholder awareness presentations are due to take place in the future.

Recent legislation changes such as the Monetary Authority (Amendment) Law have granted CIMA the ability to impose administrative fines to natural and legal persons for breaches of the regulatory and AML laws. This supervisory tool assists the jurisdiction in achieving technical compliance with FATF standards and other supervisory core principles issued by the international standards organisations, such as the Basel Committee on Banking Supervision, the International Organization of Securities Commissions and the International Association of Insurance Supervisors.

The Terrorism Law, the Proceeds of Crime Law and the Money Laundering Regulations were also revised to align more closely with the FATF 40 recommendations.

CIMA has also issued and revised several measures, some of which had an impact on the various regulated sectors, including the hedge funds industry.

The Statement of Guidance on Professional Indemnity Insurance was issued for Mutual Fund Administrators and Securities Investment Business in the latter part of 2016. This measure sets out the minimum criteria licensees should follow when obtaining and maintaining professional indemnity insurance. This document also applied to other areas such as trust, insurance, and company management licensees, as well as corporate and professional directors.

During 2017, the Authority also published a revised Statement of Guidance on the nature, accessibility and retention of all records required to be held by regulated entities. Such changes include guidance on the maintenance of electronic records, including records maintained outside of the Cayman Islands.

Furthermore, an amendment was made to the Regulatory Handbook outlining the principal objectives of CIMA’s onsite inspection. The handbook highlights the expectations of licensees in addressing deficiencies and matters requiring immediate attention. The revision also clearly outlines the classifications of deficiencies: high, medium or low priority.

The Authority anticipates that there will be significant focus on the full implementation of the new and revised legislation and other regulatory reforms over the coming months. This will aid in ensuring that the jurisdiction continues to meet globally accepted regulatory standards for the funds industry.

Based on the quality of its business partners, including its licensees and service providers, the outlook for Cayman’s hedge funds industry remains positive.

Through a modern, flexible, yet robust regulatory framework, and collaboration with relevant stakeholders, CIMA is confident that the Cayman Islands will maintain its position as the top domicile for hedge funds for years to come.