The global flight to quality 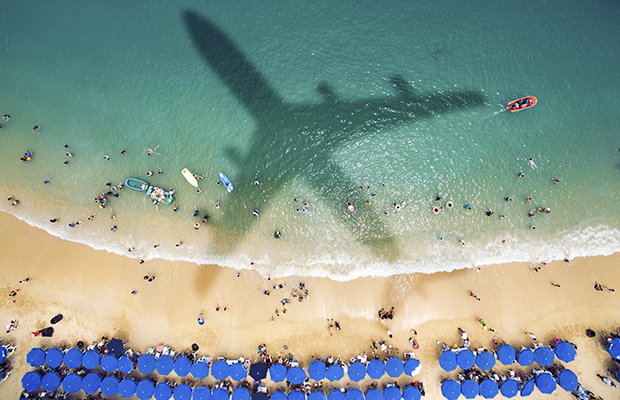 As the role played by independent directors comes under closer examination Cayman benefits from its regulator taking a leading position on governance and best practices, as David Roberts and JS de Jager of Cayman Management explain to Cayman Funds.

The ever-increasing scrutiny from investors and regulators around the world as to the role played by directors represents something of an interesting challenge for the Cayman Islands. While it can be viewed as making the role of the independent director more onerous and regulated, it will also help attract more business. Cayman has always set high standards in this regard and will continue to be a pioneer in setting, meeting and exceeding these standards.

That is the view of David Roberts, managing director of Cayman Management, a company that offers a range of company management services including corporate governance at a multinational level.

In the 40-plus years since the business was formed, Cayman Management has incorporated thousands of structures ranging from personal investment holding companies for high net worth individuals to strategic offshore subsidiaries for international organisations.

"THE DYNAMICS OF HOW DIRECTORS OPERATE WILL ALSO INEVITABLY CHANGE, AND INDEED IMPROVE, IN OTHER WAYS WITH THE INCREASING LEVEL OF REGULATION."
JS DE JAGER

“Cayman Management has become increasingly involved in the funds side of the financial services business in the past 10 years, during which time the focus on corporate governance in the provision of fiduciary services has become more significant,” says Roberts.

“Responding to international initiatives the Cayman Islands Monetary Authority (CIMA) has over recent years issued a number of statements of regulatory policy and procedure setting out guidance and minimum standards on how independent directors for regulated funds should perform their duties.”

“The requirements range in substance from outlining the recommended frequency of full directors’ board meetings involving third party service providers to specifying that the business and risk aspects of the operation of the funds should be actively reviewed, considered and properly recorded,” adds JS de Jager, a licensed independent director and client account executive at Cayman Management.

“The intention is to ensure a high quality of service with improved performance of directors’ duties and it is generally accepted by those in the industry that overall satisfaction of the requirements has enhanced the attraction of the Cayman Islands in the world of funds.

“While it is a way of keeping pace with international requirements CIMA will no doubt continue to formalise policies and guidance that will augment their regulation of the sector. All participants, including independent directors, are held to account for any weaknesses or failures,” he says.

“These are minimum standards that don’t apply just to funds—they can apply to all directors across the spectrum. The role of directors is becoming more demanding with CIMA having very specific expectations.”

Roberts notes, however, that for most Cayman Islands-based directors practice as to fund-related services in many instances surpasses the level required in the guidance provisions. For instance, CIMA recommends a minimum of two full board meetings a year, but many Cayman Islands funds aim to hold full meetings quarterly, reviewing other business matters as they arise in separate board meetings held on an “as needed” basis through the year.

“Complexity of operations can vary significantly from one fund to another and it is important that the directors use their professional judgement to determine the regularity of meetings rather than apply required standards in a ‘check the box’ manner,” he says.

“Cayman is very sensitive to its position as a world leader in financial services and that means we must aim to set the highest regulatory and compliance standards possible at all times.
“This may be the deciding factor when choosing where to locate a fund. It is an important element in the search for quality.”

“A number of reviews have been undertaken within Cayman to ensure that laws, regulations and operating procedures are in strict compliance with Financial Action Task Force on Money Laundering (FATF) recommendations,” says de Jager.

“Much has already been done to update regulations and financial laws as a result of such reviews.”

He adds that the world is increasingly questioning why international companies may have a presence somewhere like the Cayman Islands and how that works for tax purposes. There is ever-increasing international cooperation for the sharing of information and the criminalisation of abusive practices. As a result, greater demands will be put on independent directors within the Cayman Islands.

“While this may be seen as onerous, it will actually be good for Cayman,” Roberts says. “My view is that in the future companies will benefit from being able to demonstrate a greater presence in the Cayman Islands and that will inevitably lead to the demand for the appointment of more locally-based directors.

“The old ‘mind and management’ principle is still important to the credibility of any Cayman entity and the strong base of professionals operating in the Cayman fund sector will welcome the opportunity to participate in ensuring adherence to this fundamental principle.”

The question of CIMA regulating independent directors was addressed by the introduction of the Directors Registration and Licensing Law in 2014. This law requires the registration of any person serving as a director of a regulated fund or excluded entity under the Securities Investment Business Law.

This will likely be a first step in a plan to more actively oversee those involved in this service, ensuring the maintenance of strong corporate governance and compliance with appropriate regulations. Now that CIMA has the means to gather data on the activities of directors it remains to be seen how that information might be used. It is possible that CIMA might consider a limit on the number of directorships an individual could have, as has been seen in other jurisdictions such as Ireland.

Roberts regards the capacity issue as unlikely to become a problem and sees opportunities.

“While it is possible that consideration may be given to limiting how many directorships any one professional can have it is generally accepted that this is not just a numbers game,” he says.

“There are situations, for example, where one might provide directorships for a client establishing a number of small funds operating, say, under a master fund. It is quite possible to satisfactorily manage a significant number of these very simple funds. This is a different scenario from being the director of a number of more complex entities.

“The last thing we want is for there to be any mandated maximum number of permissible directorships. We feel a better approach is to simply make it clear that directors are ultimately responsible for their actions and can be sanctioned in the event of impropriety or wrongdoing,” he adds.

“Emphasis could rather be given to the number of fund ‘relationships’ when focusing on the capacity issue.

“We see opportunities for firms in Cayman to extend their service offering, growing the business sector and developing more home-grown talent in the process as the demand for independent directors grows.”

“Regardless of the capacity issue, the dynamics of how directors operate will also inevitably change, and indeed improve, in other ways with the increasing level of regulation,” says de Jager.

He does point out, however, that there are some things outside the immediate control of directors. It is inevitable that directors of funds will rely heavily on a wide range of services provided by external service providers with relevant expertise, including lawyers, administrators, auditors and investment managers.

In such cases the directors should, with appropriate review, be able to rely on the integrity of such services without being held directly accountable for any failings. This does not, of course, absolve the directors of their duty to carefully select their professional fund service providers and to regularly monitor their performance.

Roberts adds that by pioneering some of these changes and ensuring it is at the cutting edge of international standards, the Cayman Islands has benefited in the past and this will continue into the future.

“Everyone in the Cayman Islands, including the government, CIMA and the private sector, understands that the international standing of the Cayman Islands as a well established, progressive and properly regulated jurisdiction is essential for its continued success and development,” he says.

“Recent legislative and regulatory measures have demonstrated how seriously this issue is taken. I believe that, as time goes on and there is a continued flight to quality by international companies, this domicile and all the professionals in the Cayman Islands will benefit.”

David Roberts is the managing director of Cayman Management. He can be contacted at: droberts@caymanmangement.ky

JS de Jager is a licensed independent director and a client account executive at Cayman Management. He can be contacted at: jdejager@caymanmanagement.ky