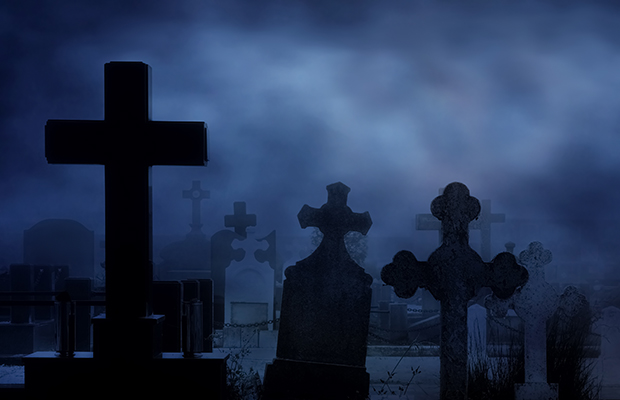 Funds may need to be closed down for a variety of reasons, not all of them bad. In any case, it is important to follow the correct procedure and get the right advice when winding down a hedge fund, as Jeffrey Short and Claire Loebell from EY tell Cayman Funds.

While it can be easy to pay attention to new funds that are launching and the opportunities and nuances of these, similar numbers of funds also close on an annual basis. Yet the process of winding down and shutting a fund can be more complex and risky than getting a fund off the ground in the first place.

Jeffrey Short, partner at EY in the Cayman Islands, says that funds close for many reasons. Some are formed with an opportunistic strategy with a specific life cycle in mind—often three to five years, with investors viewing their investment in a similar way that private equity investors might.

Others may take the decision to convert what they are doing to a family office, turning away from the complications of managing the assets of third parties. Others shut because of poor performance, a failed strategy or market conditions, and some funds never get off the ground in the first place. They may raise some capital but not enough—and then wind down before they ever gain enough momentum in capital raising.

Last, some funds are closed because their managers have been through a rationalisation process and decided to cull the number of legal entities they manage, which can cut costs and make corporate governance simpler.

“The reasons for funds closing are as varied and complex as the reasons they launch in the first place,” says Short. “But this is a point in the life cycle that may not be considered as much as perhaps it should. There are very significant risks to the fund if they get the process wrong.”

EY’s Claire Loebell, who has advised companies on liquidations and insolvency and operating in Cayman for some eight years after relocating from the UK, agrees. She notes that the number of closures has not necessarily increased but the scrutiny of the industry and new regulations mean that the risks of not following the correct procedures are greater than ever.

“In Cayman there are two main options when approaching the best way to wind down or close a fund,” says Loebell.

“The first is simply to get the entity ‘struck off’ as a registered company with the Cayman Registrar of Companies; the second is voluntary liquidation, a much more meticulous way of closing a fund that offers greater certainty, partly because a liquidator is appointed to manage the process.”

She also stresses that the word “liquidation” can have a different meaning in the US compared to Cayman where it refers to the formal process of closing down the fund through a voluntary liquidation process rather than a soft wind-down of the assets, not necessarily for negative reasons.

Whichever option is decided upon, Loebell notes that the earlier the possibility of closing a fund is considered and the earlier professional advice is sought, the better.

“Where this is not the case, it can make the process much harder, especially if the managers of the existing fund are keen to move on quickly to a new venture,” she says.

“We are advising managers and directors to consult early in the process so that the liquidator can consider all the potential issues that may arise and deal with them in a timely manner. We have seen instances where the managers have underestimated the liabilities that a fund can have, instead focusing only on the available assets.

“Directors should be particularly interested in this point as they are all required to sign a declaration of solvency as part of the liquidation process. The law does provide that false declarations are punishable by fines or even imprisonment.

“Where a voluntary liquidation is undertaken properly, liabilities will all be taken into account, finalised and paid. The key difference between simply striking a company off with the registrar of companies and appointing a professional liquidator is that under the first scenario, the fund can be reinstated for a period of up to 10 years after it has been struck off, allowing future claims to be brought many years afterwards,” Loebell says.

“That really does leave the door ajar and offers no real finality for managers. Following a liquidation there is a three-month period prior to dissolution; once that period has passed the fund is dissolved and cannot be resurrected—it really does offer finality for a fund.”

From a risk management perspective, this second approach is also much better, says Short.

“Often the independent board members prefer a voluntary liquidation because it draws a line in the sand for them and offers that finality,” he says.

Loebell says there are a number of potential pitfalls and liabilities for a fund that has not been closed correctly.

The first is contingent tax liabilities, whereby tax authorities in different parts of the world could make a future claim on fund managers or directors if these potential liabilities are not addressed by the liquidator. A liquidator can seek to deal with this liability through following a formal process in the liquidation.

A second threat can result from unidentified assets arising after the liquidation has been concluded, such as class action suits whereby the outcome and final settlement may emerge after the fund has been closed or assets previously written down to zero. As part of a liquidation, the liquidator should seek to identify any such actions and could sell the rights to the claim or keep the liquidation open until the proceeds are received, avoiding the need to deal with these amounts as undistributed assets once the fund has been dissolved.

"Following a liquidation there is a three-month period prior to dissolution; once that period has passed, the fund is dissolved and cannot be resurrected." Claire Loebell

They will also dispose of any residual assets, even those previously written down but still held by the fund, often actually recovering some additional value for the fund.
Loebell says another common problem she has seen is where contracts with service providers have not been properly terminated.

“Some funds have found themselves paying for services they no longer need because they never terminated certain contracts,” she says.

“The point is that the final accruals are accurate and a final audit gives a complete picture of all assets and liabilities. Everything should be completely transparent.”

Loebell adds that managers may have been used to some funds that are being closed securing audit waivers from the Cayman Islands Monetary Authority (CIMA), but these rules have recently been tightened.

“Exemptions are now offered only in very exceptional circumstances,” she says. Ensuring the entire process is performed in accordance with the laws and CIMA’s regulations avoids any lingering fund issues.

“The process is final and gives all parties involved assurance that the fund has been properly closed,” Short says.

He adds that there are times when managers seek professional advice and raise the prospect of closing a fund at too late a stage.

“The earlier they call and seek professional advice, the better,” he says. “A good adviser can walk them through the process and offer helpful guidance that helps avoid the pitfalls.”

He adds that although the process of going through a formal liquidation is more costly than simply striking a company off, the certainty it offers is a price worth paying to avoid even higher costs in the future if unseen liabilities emerge.

Loebell adds that leaving a fund as a shell entity whereby the company remains live and registered but with no assets is also a very inefficient option as that shell will still need to pay annual fees to the registered office, will still need a minimum number of directors and may have unterminated service provider agreements or brokerage accounts incurring fees.

“At a time when there is so much general focus in the industry on fees and costs, this is not an appealing option to many,” she says.

“We have seen in particular some larger managers seeking a review of the number of legal entities in their group with a view to identifying obsolete funds that can be formally liquidated to cut costs.

“My advice would simply be to get good advice early and to use a voluntary liquidation process. This offers certainty and allows everyone to move on to new things with no concerns about the fund that has been left behind.”

Jeffrey Short is a partner at EY Cayman Islands. He can be contacted at: jeffrey.short@ky.ey.com

Claire Loebell is an executive director at EY Cayman Islands. She can be contacted at: claire.loebell@ky.ey.com