CIDA takes things up a level 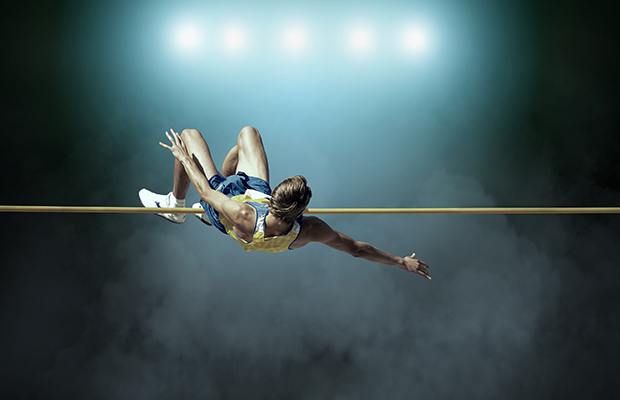 The Cayman Islands Directors Association is a rising force in the Cayman Islands as it continues to build its membership, resources and events schedule, as Cassandra Powell, its president, tells Cayman Funds.

As it looks ahead to its 10th anniversary in 2018, the Cayman Islands Directors Association (CIDA) has replenished its board of directors with new appointments and continues to increase its profile as a key association in Cayman which has earned a seat at the table when it comes to consultation on regulatory impacting the funds industry there.

Founded in 2008, CIDA acts as the representative body for Cayman Islands-based directors. Cassandra Powell, a director at The Harbour Trust Co Ltd, has been its president for the past two years, during which time the association’s profile and membership has continued to rise through a variety of initiatives.

Following its AGM in December 2016, CIDA has appointed a number of new executives to its executive board. Powell remains president and is joined by Victor Murray, the director of MG Management, as vice president; Jane Fleming from Queensgate Bank and Trinda Blackmore from Athena share the role of treasurer; and Tammy Jennissen from MaplesFS joins as assistant secretary.

"CIDA offers an accreditation course in Cayman that professionals would normally have to travel to Canada to complete."

Powell says the additional experience that has been added to the board gives the organisation enhanced credibility and ensures it has the best people in place to represent the diversity of the directors in the Cayman Islands.

“Our membership has been growing rapidly and we have increasingly found our voice when it comes to the issues facing the industry and areas where we feel the views of our members should be heard,” she says. “The new appointments reflect that and illustrate our ambitions for the future.”

Powell says the organisation’s goal is to be the aggregating body for directors and the fiduciary industry in Cayman. Now that CIDA has close to 300 members, she has been comfortable ensuring the voice of the body is heard at the highest levels. It helps that Powell previously worked for the Cayman Islands government.

“I am a former civil servant but now I am firmly rooted in the private sector,” she says. “I understand the value that an opinion from industry can offer government and the regulator while also seeing that issue from several different perspectives. Ultimately, my job is to find a way of doing what is best for our members.”

CIDA has played an instrumental role in the consultative process of a number of key legislative initiatives in recent years including amendments to the Limited Liability Companies Bill 2015, which was tweaked in 2016. Powell says CIDA, via its membership with Cayman Finance, was also able to view the bill and submit comments before its final version was passed by government.

The association also offered its view on the Directors Registration and Licencing Law (DRLL), which was very relevant to the interests of CIDA’s members.

“This is a very topical issue of great interest to our members and the wider industry,” Powell says. “We understand that Cayman needs to act on this but we also need to protect the interests of our members and try to ensure that Cayman maintains its competitive edge as a jurisdiction.”

Another issue—pushed back for now—is a proposed cap on the number of directorships an individual can hold. While it is unlikely that any cap would be in the form of a simple number, the Cayman Islands Monetary Authority (CIMA) has stated that it is still examining this issue and could propose new legislation at some point in the future.

The government and CIMA have indicated that any measures would require further consultation and we know that CIDA would be part of that,” Powell says. “When this matter becomes live, we will seek the views of our members on capacity measures and ensure anything that is proposed is fit for purpose and not in any way detrimental to Cayman and our members.”

In addition to its role consulting on legislation, a big focus for CIDA in the past 12 months has been the continued education of its members and providing members with access to necessary information. The number of events and the number of members attending them have grown rapidly in the past 12 months, partly thanks to the influx of new members and the continued profile of CIDA—there has been a steady stream of speakers, local and international, who have offered to present to members on a variety of topics that are of great interest.

Powell adds that the Directors Accreditation Course that CIDA runs is particularly popular as are events on topical subjects such as cybersecurity, new/amended laws and audit matters. By teaming up with the Chartered Secretaries Canada, a division of the Institute of Chartered Secretaries and Administrators (ICSA)—the international professional body for chartered secretaries—CIDA offers an accreditation course in Cayman that professionals would normally have to travel to Canada to complete.

“There is a waiting list for this course, which illustrates the interest we have received since we launched it,” she says.

She also notes that there has been an uptick in membership applications from directors from outside the hedge fund industry—the sector CIDA was originally formed to serve. She sees this as a good thing, offering the body a more varied voice and a greater mix of experience among members.

“While the role of directors working with hedge funds is very distinct, perhaps leading to the original need for CIDA and the majority of its members, executives are taking the role of governance much more seriously in many other sectors at the moment and are keen to seek guidance, advice and a representative voice.

"We are seeing more members from basic corporate structures. They appreciate the educational events and the resources we offer,” Powell says.

CIDA is also an honorary member of Cayman Finance and sits on a number of working groups which include representatives from industry, government and the regulator.

Powell says the momentum of CIDA is still building. She expects a further growth in membership in 2017 and states it will be an even better year in terms of events for the body.

Each member is an employee of a Cayman Islands financial services company licensed and regulated by CIMA, or an individual whose membership has been sponsored by at least two such members.

Cassandra Powell is a director at The Harbour Trust Co and the president of CIDA. She can be contacted at: cpowell@harbour.ky