New opportunities for the funds sector 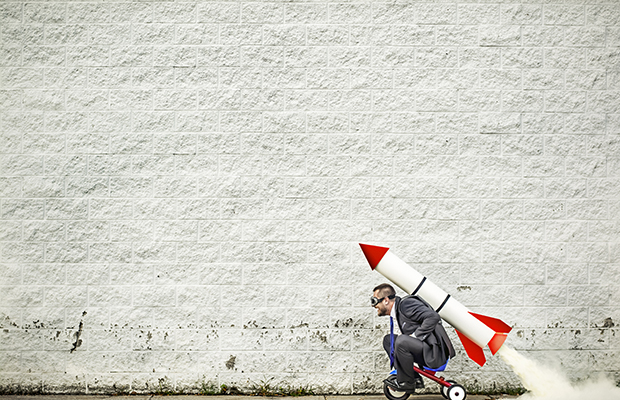 The Cayman Islands continues to be home to a thriving financial services industry, which is bolstered by prudent and robust regulation, says Cindy Scotland, managing director of the Cayman Islands Monetary Authority.

Fundamental to the success of the jurisdiction is comprehensive regulation, supervision and the consideration of the evolving dynamic nature of the funds industry.

At the end of December 2016, the jurisdiction maintained its position as the top domicile for hedge funds, with a total of 10,586 registered funds compared to 10,940 for the same period in 2015.

The cumulative figure of 10,586 comprises 7,293 registered funds, 363 administered funds, 90 licensed funds and 2,840 master funds. However, despite the decrease, which is the case globally for all key hedge fund jurisdictions, the steady growth in overall assets managed by Cayman-based funds demonstrate a continued confidence by investment managers in the jurisdiction’s regulatory regime.

With three mutual fund administrator licences issued during the quarter ending December 31, 2016 and three securities investment business licence applications pending, as well as 82 pending fund registrations as at the end of the quarter, the outlook for the future remains positive.

"Since the implementation of the Director Registration and Licensing Law (DRLL) in 2014, 10,356 directors of covered entities have been registered with or licensed by the CIMA"

In spite of its leading position, the Cayman Islands has not become complacent with regard to the funds sector. Instead, the Cayman Islands Monetary Authority (CIMA) continues to keep abreast of any relevant issues which have an impact, or a potential impact, on the Cayman Islands. Among the measures taken are the enactment of appropriate legislation and internal regulatory reforms.

The Director Registration and Licensing Law

Since the implementation of the Director Registration and Licensing Law (DRLL) in 2014, 10,356 directors of covered entities have been registered with or licensed by the CIMA as of December 2016. A ‘covered entity’ is a company which is an excluded person under SIBL or a regulated mutual fund under the Mutual Funds Law.

The European Union’s Alternative Investment Fund Managers Directive (AIFMD) continues to be a focus for the jurisdiction and for the CIMA.

The European Securities Market Authority (ESMA) was invited by the European Commission to provide advice on the assessment on 12 non-EU countries, including the Cayman Islands.

The assessment on Cayman highlighted that there were no reported negative experiences relating to cooperation and exchange of information between EU National Competent Authorities. It also indicated the framework for ongoing cooperation with foreign regulators was well established, which in ESMA’s view, are no significant obstacles regarding competition and market disruption that would impede the application of the AIFMD passport to the Cayman Islands.

However, due to ongoing development of relevant areas of the Cayman Islands’ regulatory framework, ESMA was unable to provide definitive advice as it related to the other assessment criteria of investor protection, monitoring of systemic risk and effectiveness of the CIMA’s enforcement regime.

Notwithstanding ESMA’s advice in June 2016, it should be noted that the Cayman Islands is still under consideration as a jurisdiction to be recommended for the grant of an EU passport in the future, which was recently confirmed by the chairman of ESMA. Given this possibility, the CIMA continues to work with the Cayman Islands government on the AIFMD regulations with input from the private sector.

CIMA is also actively working on the development and implementation of a comprehensive macroprudential policy framework.

Since the advice, some related developments have already taken place, including the enactment of the Monetary Authority Law 2016 which allows the CIMA to impose administrative fines for breaches for non-compliance with laws, regulation and rules.

The CIMA will categorise breaches as being ‘minor’, ‘serious’ or ‘very serious’. Minor breaches will be those regulatory infractions that fall under the Non-Discretionary Administrative Fines regime of CI$5,000 (US$6,098) per breach or a maximum of CI$20,000 (US$24,390) if the matter is ongoing.

Serious and very serious breaches will be those regulatory infractions that fall under the Discretionary Administrative Fines regime with a single fine of CI$50,000 to CI$1,000,000 (US$60,976 to US$1,219,512). The accompanying regulations to support the regime are currently in the process of being finalised.

ESMA will continue its assessment of the Cayman Islands with a view to reaching a definitive conclusion on whether to extend the passport to this jurisdiction.

Despite the challenges faced, and given our robust and competitive regulatory regime, infrastructure and high levels of expertise and experience in the hedge funds industry, CIMA is confident that the Cayman Islands will continue to thrive as a leading financial centre.

Cindy Scotland is the managing director of the Cayman Islands Monetary Authority.