The dangers of conflicts of interest 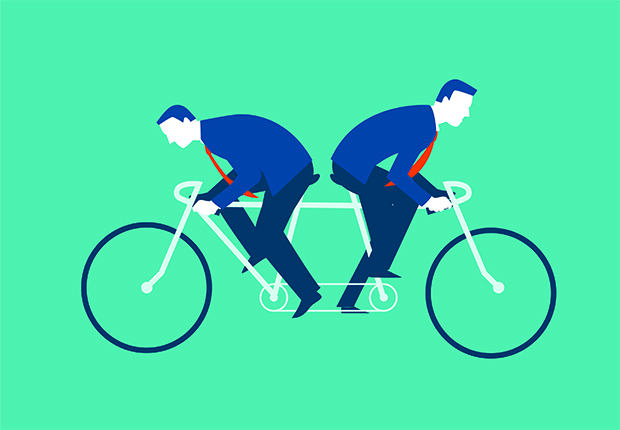 An ever-evolving regulatory backdrop means that determining who is best for your board is no longer as straightforward a process as it once was. Jonathan Roney of Intertrust Cayman examines the issue of conflicts of interest.

Dictionary publisher Merriam-Webster defines a conflict of interest (COI) as “a conflict between the private interests and the official responsibilities of a person in a position of trust”. The Bank of England in its internal policies defines a COI more narrowly as “an actual or potential conflict of interest and/or duty where an ‘interest’ includes any direct or indirect interest (including any reasonably likely future interest), whether financial or otherwise”.

What does this mean and why do COIs matter? Simply put, a COI creates an opportunity for an otherwise seemingly independent party to make decisions based on personal gain rather than what a reasonable person might expect from their fiduciary or contractual obligations.

The evolution of the hedge fund sought to directly connect the interests of investors and the interests of investment managers by rewarding the latter with performance fees when it delivered asset growth to the benefit of the investors. This alignment of financial interests remains a key feature today but there are other aspects where COIs arise regularly and which require a specific solution.

Within the backdrop of ever-increasing corporate governance, the industry has adopted the approach of appointing independent directors to a fund’s board in order to provide independent professional oversight of the fund’s operations. This includes ensuring that COIs are properly disclosed and regularly monitored, especially those involving the board members themselves.

The Cayman Islands Monetary Authority’s (CIMA) statement of guidance released in January 2014 recommends the discussion of board level COIs at every board meeting.

The construct of a fund’s board is typically three directors, one related to the investment manager and two independents, thus ensuring that the independents outnumber the potentially conflicted director and resulting in a board capable of navigating the potential conflict and maintaining its independence as a whole.

The role of an investment manager director

This setup is now so widely used in the industry practice that where a member of the investment manager is not on the board, we see investor operational due diligence teams seeking further clarification as to why this is not the case, in some instances even going so far as to request that an investment manager representative be added to the board.

As one member of the typical board is conflicted, it becomes crucial that the independent members of the board are truly independent, not only of the investment manager but also independent of the other key service providers such as the administrator, auditor and legal counsel—relationships which can and do give rise to disagreements and disputes over service levels, deliverables, and costs, among other issues.

As far back as July 2012 the New York Times published an article highlighting the conflict issue between provision of legal advice and director services for the same fund, saying: “Law firms … on the Cayman Islands offer hedge funds director services.
That has raised questions about the dual role they can play, representing the hedge fund as counsel, and the investors of the same fund as directors.”

A further, often overlooked aspect of independence, is a director’s method of remuneration and whether the fees generated from any one particular client group form a material enough part of the director’s overall income to potentially impact their impartial decision-making.

At Intertrust the director fees generated from our largest client represents only a fraction of a percent of global Intertrust revenues, making us truly independent in terms of individuals and as  an organisation.

An increasingly important consideration in the board selection process is that of local expertise. The global regulatory framework is developing at a rapid pace and Cayman is no different. In the past few years we have seen the introduction of tax reporting through the Foreign Account Tax Compliance Act and the Common Reporting Standard, Beneficial Ownership registration, the EU General Data Protection Regulation, changes to the anti-money laundering (AML) regime requiring the appointment of competent, independent professionals to the roles of AML compliance officer, money laundering officer and a deputy thereto, and most recently, economic substance laws.

With CIMA rolling out its enforcement and penalties regime the increased risk and cost of non-compliance will be brought into stark relief. A Cayman based director will help a fund successfully navigate the regulatory waters and stay abreast of future changes.

Determining who is best for your board is no longer as straightforward a process as it once was. Independence, complementary skillsets, diversity and expert knowledge of the jurisdiction should all be carefully considered.

Jonathan Roney is a director, fiduciary services, at Intertrust Cayman. He can be contacted at: jon.roney@intertrustgroup.com