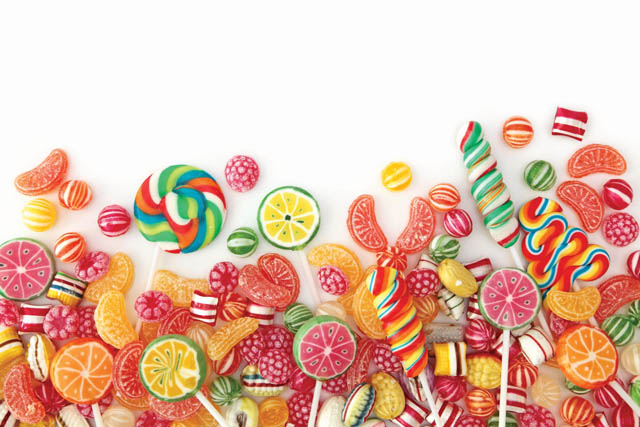 In March 2012 the CFTC amended its rules to require some private fund managers and SEC-registered investment companies to register with the CFTC and proposed new regulations to ease dual compliance with the SEC and CFTC. BDO partners navigate some of the complexities.

An operator of a commodity pool, ie, a fund that trades, or intends to trade, in ‘commodity interests’, is required to register with the Commodity Futures and Trading Commission (CFTC) as a commodity pool operator (CPO). A CPO is typically the sponsor of a commodity pool and, generally, could be the general partner, investment manager, its member or its affiliate. Until rules recently adopted by the CFTC, CPOs could be exempt from CFTC registration under one of two rules:

•  Rule 4.13(a)(3): The so-called ‘limited trading’ exemption rule: under this rule, a CPO can be exempted from CFTC registration if the pool is not marketed as a vehicle for trading commodity interests or trades a de minimis level of commodity interests.

Prior to the Dodd-Frank Act, commodity interests were limited to futures and options on commodities. The act, however, includes the term ‘swaps’ as commodity interests as part of its comprehensive framework for regulating swaps and security-based swaps established in Title VII of the act. The act gave the CFTC regulatory authority over swaps, while the Securities and Exchange Commission (SEC) was given regulatory authority over security-based swaps. In July 2012, the CFTC and SEC issued joint rules that further define the types of swaps that will be under their jurisdictions for oversight responsibilities.

•  Swaps, generally, are all other swaps that are deemed not to be security-based swaps.

The table overleaf  summarises those derivative instruments, which are now treated as commodity interests or a securities-based instrument for CFTC and SEC oversight, respectively. It is not meant to be all-inclusive.

To prevent gaps in the regulation of swaps, Title VII of the act also directed the SEC and the CFTC to develop a joint regulation covering ‘mixed swaps’. A mixed swap is both a security-based swap and a swap, for example, where the underlying references are the value of an oil corporation stock and the price of oil. The SEC and CFTC share jurisdiction over mixed swaps.

In view of the inclusion of swaps, the universe of what is a commodity interest has expanded significantly. Therefore a CPO that would like to claim exemption pursuant to rule 4.13(a)(3) needs to consider this expanded definition of commodity interests.

In February 2012, the CFTC issued rules that eliminated (ie, rescinded) rule 4.13(a)(4). Therefore, many CPOs that operated funds (including non- US-based funds) that trade in commodity interests and that previously relied on this rule for not registering with the CFTC will need to register, unless they meet and can claim registration exemption pursuant to rule 4.13(a)(3).

Funds that pursue a macro-based strategy are one set of funds that will most likely be affected by the rescission of the rule since such strategies usually trade heavily in interest-rate and currency-rate derivatives products.

To claim exemption under 4.13(a)(3), a fund operated by a CPO must meet one of the two following de minimis tests:

•  5 percent test: the fund’s aggregate initial margin, premiums and required minimum security deposit of its commodity interest positions must be less than or equal to 5 percent of its liquidation value, after taking into account unrealised profits and losses (essentially the net asset value of the fund); or

a fund needs only to be in compliance with the de minimis limits at the time of entering into a commodity position.

Notional value is calculated as follows for:

•  Each future position—by multiplying the number of contracts by the size of the contract in contract units (taking into account any multiplier specified in the contract), then multiplying that number by the current market price per unit;

•  Each option position—by multiplying the number of contracts by the size of the contract, adjusted by its delta, in contract units (taking into account any multiplier specified in the contract), and then multiplying that number by the strike price per unit;

•  Each swap—the amount reported by the reporting counterparty as the notional amount of the swap under Part 45 of the CFTC’s regulations.

Netting of notional value, contracts may be netted as follows:

•  Futures contracts with the same underlying commodity across designated contract markets and foreign boards of trade; or

Registration and other matters

The CPO historically relied on the exemption under 4.13(a)(4), but because of the rule’s rescission it is now required to register because the pools do not meet the de minimis tests, and the CPO must apply for registration with the CFTC and the National Futures Association (NFA), the self-regulatory organisation for futures firms.

Once an application to register has been filed and is pending registration, the CPO will be able to (i) withdraw its exemption under rule 4.13(a)(4); and (ii) if applicable, file for relief under Section 4.7. (Note: Section 4.7, sometimes referred to as ‘registration light’ or ‘CFTC lite’, provides CPOs with substantial reductions in certain disclosure, recordkeeping and reporting requirements.)

To be able to claim a Section 4.7 reporting exemption, the pool must be offered only to QEPs and therefore, the CPOs of most funds that have previously met and would continue to meet the 4.13(a)(4) exemptions, would be able to avail themselves of the limited requirements under Section 4.7.

Once the CPO is registered, the CPO is subject to the filing of Form CPO-PQR, which is synonymous with form PF for SEC-registered investment advisers. Depending on the level of assets under management (AUM) for the commodity pools managed by the CPO, the filings are due 60 days after quarter-end for quarterly filers or 90 days after year-end for annual filers.

A new pool (or fund) launched in 2012 is subject to the rescission and amendments issued by the CFTC, ie, if such pool doesn’t meet the ‘limited trading’ exemptions, then the CPO would otherwise need to register as a CPO prior to the pool trading in any commodity interest. However, in July 2012 the CFTC provided further relief via a no-action letter to existing CPOs that launch a new pool in 2012. In that letter, the CFTC would not recommend enforcement action against a CPO for a new pool launched after July 10, 2012, provided such pool would have otherwise met the rule 4.13(a)(4) exemption requirement (ie, that all investors are QEPs).

Fund of funds have an extended compliance deadline

Managers to a fund of funds (FoF) are also subject to the CFTC rules for registration by virtue of the FoF’s indirect exposure to commodity interests, where such interests are held by the FoF underlying investee funds. Consequently, managers to a FoF are affected by the rescission of rule 4.13(a)(4). To comply with the registration rule under the 4.13(a)(3) de minimis trading threshold requirements, the CFTC had previously provided guidance (in Appendix A to Part 4 of the CFTC regulations) that managers of a FoF used to avail themselves of the

CPO registration exemption provided in rule 4.13(a)(3). However, this appendix was also rescinded and new guidance is still pending from the CFTC.

Recognising the need to address public concerns regarding the timing and content of the revised guidance for FoF managers and operational adjustments in complying with it, the CFTC issued a no-action letter on November 30, 2012 that gives these FoF managers an extended compliance deadline from December 31, 2012 to the later of (a) June 30, 2013, or (b) six months after the effective date (or compliance date, if later) of any revised guidance that the CFTC issues on the application of the de minimis thresholds to FoFs in the context of rule 4.13(a)(3).

The no-action relief further provides that:

•  To avail themselves of this relief, FoF managers must have filed a claim of relief pursuant to the no-action letter prior to Dec 31, 2012;

•  To be able to claim the relief, all of the following conditions must be met:

i. The manager currently structures its operations in whole or in part as a CPO of one or more FoFs;

ii.     The amount of commodity interest positions to which the FoF is directly exposed does not exceed the levels specified in 4.13(a)(3) for the initial margin test and the notional value test;

iii.    The FoF manager does not know and could not have reasonably known that the FoFs indirect exposure to commodity interests derived from investments in the investee funds exceed the levels specified in rule 4.13(a)(3), either calculated directly, or through the use of the guidance in prior Appendix A of Part 4 of the CFTC regulations; and

iv.      The commodity pool for which the manager seeks relief is either:

a.   An investment company registered as such under the Investment Company Act of 1940; or

b.   Compliant with the provisions of the rules under 4.13(a)(3)(i), (iii) and (iv), ie, the pool’s ownership interests are exempt from SEC registration, the interests are owned by the specified type of eligible persons, and the pool is not marketed as a vehicle that trades in commodity interests.

Audits pursuant to US Generally Accepted Auditing Standards (GAAS) require the auditor to consider whether there were any illegal acts, which include violations of laws and government regulations. Accordingly, the auditor should make inquiries of management concerning the client’s compliance with laws and regulations.

Non-compliance with the CFTC rules, as amended, may have a significant impact on the CPO (ie, the manager or its designated affiliate) and the funds that it manages. The following, which is not meant to be all-inclusive, should be considered as part of the funds’ audit for the year ending December 31, 2012:

•  Did the manager previously file an exemption pursuant to 4.13(a)(4)? If yes, has the manager completed its assessment as to whether it, or its affiliate, will need to register as a CPO based on the limited trading tests?

i. What is the result of the assessments?

ii.     When performed, who reviewed, who performed?

ii.     When will the tests be performed?

• Filing for exemption pursuant to 4.13(a)(3): If management has determined that it has met or will be able to comply with the limited trading exemption under 4.13(a)(3), has it filed its ‘notice’ with the NFA, or when does it intend to file its notice? Auditors should also consider obtaining/verifying such filed notice of claim.

• Registration and withdrawal of previously filed exemption: If registration is deemed necessary:

i. Has management filed for registration?

ii.     If applicable, when will it withdraw its previously filed claim of exemption under 4.13(a)(4)?

iii.    Note: as discussed previously, if management withdrew its claim and registered prior to December 31, 2012, the 2012 financial statements of the commodity pool(s) managed by the manager/CPO will be subject to CFTC requirements, ie, the pool’s financial statements will need to be audited and delivered to, and filed with, investors and the NFA, respectively.

• Will it file for ‘CFTC lite’ registration pursuant to Section 4.7?

• FoF’s oversight and diligence about the underlying funds’ compliance:

i. Has management filed a claim of exemption pursuant to the November 30, 2012 no-action letter, or did it file such claim prior to December 31, 2012?

ii.     Does management know and or could have reasonably known that the FoFs indirect exposure to commodity interests derived from investments in the investee funds exceeds the levels specified in rule 4.13(a)(3), either calculated directly, or through the use of the guidance in prior Appendix A of Part 4 of the CFTC regulations? If yes, then has management filed an application for registration or did it do so by December 31, 2012?

BDO Cayman recently celebrated 10 years in the Cayman Islands and continues to grow successfully. As the fifth largest accounting and consulting organisation with access to more than 1,100 offices in over 130 countries, BDO is poised to serve you wherever in the world you do business. For more information visit www.bdo.ky

Glen Trenouth is managing partner at BDO Cayman. He can be contacted at: gtrenouth@bdo.ky