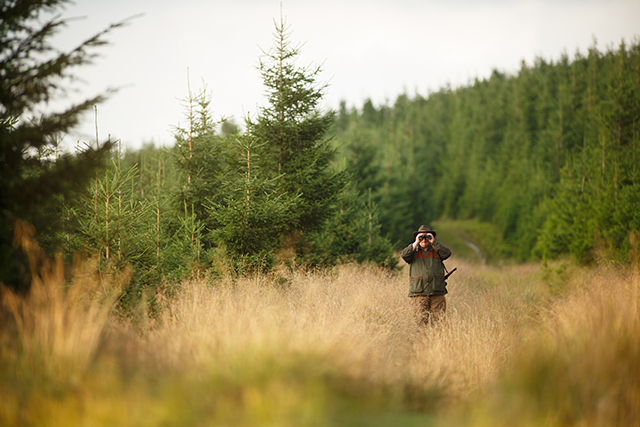 Yolanda Banks McCoy was a regulator for 17 years before she decided she needed a new challenge. Now a director at Highwater, she spoke to Cayman Funds on the transition from government to the private sector and how the move has changed her perspective on many things.

“I firmly believe that the government and regulator should never act without full and frank consultation with industry groups."

These are largely stereotypes, of course, but they can be ingrained. Less so in the Cayman Islands, perhaps, where the dynamic is less entrenched. The reality of such a small business community means that government and the private sector do engage a lot more—plus individuals from each side of the divide inevitably interact in their personal lives too.

It is rare, however, for a high-profile individual to cross this divide. Yet this is exactly what Yolanda Banks McCoy did in September 2014 when she joined Highwater, a company management firm that provides independent directors and related services to the alternative investment industry.

Prior to taking this role, Banks McCoy was head of the Investments & Securities Division of the Cayman Islands Monetary Authority (CIMA), and had been since November 2006. In this capacity, Banks McCoy was responsible for effective regulation and supervision of hedge funds, fund administrators and securities investment companies.

She says she made the transition simply because she wanted a new challenge. She had worked with the regulator in various forms for the past 17 years. She says she is proud of what she achieved while she was there and takes some credit for some of the achievements CIMA has made since she took the reins in her division. But she wanted to get closer to the industry.

“I was head of the Investments & Securities Division for almost eight years. We introduced significant operational change during that period, putting the jurisdiction on a very robust regulatory footing while also forming some very good relationships with other regulators around the world. I am proud of my time there but I wanted something new,” she says.

Her passion, she explains, is corporate governance. She wanted to work in that field and use all the knowledge she had gained while at CIMA for a different purpose. She also yearned for the greater freedom and entrepreneurial spirit she suspected she would find in the private sector.

“After much deliberation, I decided to make the move and use my skills in a sector that I knew would have less restrictions placed on it,” she says. “I had a personal drive to do new things and to push myself.”

When Banks McCoy started considering new opportunities she quickly found an obvious synergy. Gary Linford, the founder of Highwater, is another former head of the Investments & Securities Division in CIMA.

“I had worked with Gary and I knew his work ethics, leadership, his drive for excellence and unparalleled knowledge of the industry,” she says. “Highwater had an excellent reputation and it ultimately represented a very natural move for me.”

She says there are fundamental differences in the culture of the private sector. “As a regulator, your job is to protect and safeguard the financial services industry. I feel my view has always been balanced and I always appreciated the need to strike a balance with the needs of the different stakeholders while also looking to adopt international best practices relevant to the Cayman Islands financial services industry. I have seen many new regulatory initiatives over the years and getting the balance right is always the challenge,” she explains.

“My job previously was to consider the long-term implications of any actions we took and to protect and enhance the integrity and reputation of the jurisdiction financial system.

“When I moved into the new role, I found the same balance is required, between the need of the investor and other stakeholders. In addition, I could now certainly appreciate the concerns of the private sector around policy and fiscal issues implemented by government—such as fees being raised too high or the implantation of new, costly and time-consuming regulations or compliance measures.

“It was not an overwhelming change, it was just a case of acquiring an appreciation of the pressures facing the private sector and the genuine concerns of the industry to do the right thing but remain competitive.” The change has also reinforced her belief that more collaboration should take place in Cayman.

“I firmly believe that the government and regulator should never act without full and frank consultation with industry groups,” she says. “The financial services industry represents more than 50 percent of the Cayman Islands’ GDP and it is our job collectively to protect that.

“I believe that we must strive to work harmoniously together to ensure the Cayman Islands are safeguarded as a jurisdiction. It is a balance to meld international regulatory pressures with domestic concerns but that is the task. We are regularly threatened by competition from other jurisdictions and by misconceptions that can damage our Islands’ reputation.  But the best way we can counter these issues is simply to work together and ensure the hymn sheet we sing from is robust and reinforces the Cayman Islands reputation as a quality jurisdiction to do business.”

The perception among some in the private sector is that delivery of first-class customer service and the pace and urgency is greater in their world, compared with the slow-moving bureaucracy-ridden government. Banks McCoy says the two sectors are uniquely different —the challenges and resources vary enormously.

“It is a case of comparing apples and oranges,” she says. “As a regulator, you are inundated with so many issues and juggling so many different initiatives—both domestic and international—that it represents a real challenge. On top of that, CIMA, like regulators around the world, is short-staffed and under-budgeted. These are the real challenges you face.

“In the private sector, the pace may be faster at times but you are exceptionally better resourced. It is a difficult comparison in terms of work load because the roles are so different. I certainly have access to a greater level of support staff than in my previous position which contributes to greater efficiencies in the office environment.”

Her quest for throwing off the shackles has come true, however. “There is definitely more freedom—less red tape—in the private sector. It is quite liberating.

“That does not mean government is the reverse in any negative way but one has to appreciate the role of government and the scrutiny and restrictions that exist around both your ability to act and discuss certain confidential and/or sensitive matters. While there must be controls and in some regards legislation to safeguard delicate information, it is nice to enjoy the other side of the fence.”

When asked if her view has changed on any specific regulation since she made the move, she indicated that while not a divergent, she does caution on the implementation of the proposed publicly accessible directors database that has caused much controversy in Cayman in recent times. If implemented, Cayman will be the first jurisdiction to offer such an electronic governance tool to the public.

“I would now just say that any innovation being made on the database and specifically its transparency and availability should be done with full consultation of the market and our eyes wide open in terms of what that could mean.

“It is important that whatever we embark on from a regulatory perspective we don’t tamper with our ability to offer speed to market and the benefit outweighs the costs of any initiative. Overall, there needs to be an appreciation that we do not disrupt the financial services we provide globally and we are aware of the pressures upon us from all sides.”

Banks McCoy notes that Cayman’s strength has always been both its strong regulatory regime but also its ability to be nimble at times. She fears it could lose this if it bows to too many pressures from global forces that will not benefit the jurisdiction.