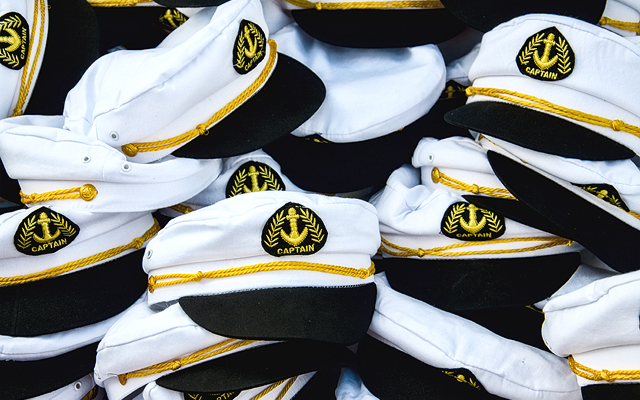 The Cayman Islands has a new industry association: the Hedge Fund Association was launched earlier this year and has already organised its first event. Cayman Funds met co-directors Christina Bodden and Colin Nicholson.

Connecting industry leaders; inspiring opportunity. These are just two of the benchmarks that the Hedge Fund Association (HFA) brings to its thousands of members globally.

Now the Cayman Islands has its very own chapter of the HFA, with members including hedge fund firms, global financial institutions and many other firms involved in the hedge funds sector globally.

With a goal to expand its global reach throughout the Caribbean, coming to the Cayman Islands, the world’s leading jurisdiction for the formation of investment funds, was a natural step for the body.

The organisation is positioning itself to tap into a financial industry which allows international investors from all over the world to come together to invest in businesses and major infrastructure projects in the US, Europe, Asia, Africa and the emerging market countries. This mandate made the Cayman Islands a logical next step for the HFA in its expansion.

It has also appointed its first regional co-directors: Christina Bodden, a partner in the Investment Funds group of international law firm Maples and Calder; and Colin Nicholson, a partner in the Alternative Investments practice of KPMG in the Cayman Islands and head of learning and development for the firm.

Bodden and Nicholson kicked off the launch of HFA Cayman with an inaugural industry event held on January 9, 2014 at The Westin Grand Cayman Seven Mile Beach Resort & Spa, which was welcomed by more than 200 attendees from the local finance community.

Adhering to the HFA’s firm roots in education and industry awareness, the first event was a panel discussion on issues and opportunities facing the hedge fund industry. The evening’s keynote speaker, Dr Kevin Mirable, assistant professor of finance at New York’s Fordham University and author of Hedge Fund Investing: A Practical Approach to Understanding Investor Motivation, Manager Profits and Fund Performance, gave an insightful overview of the landscape and future of the hedge fund industry.

Panel participants were pulled from the four corners of Cayman’s investment funds industry for a lively discussion on key topics which included corporate governance, hedge fund sideletters, developments in the regulatory environment, key compliance issues and the recent MOU entered into between the Cayman Islands Government and Cayman Finance. This MOU further unifies the local investment funds industry vis-à-vis Cayman Finance to lend its advocacy to all local industry associations to ensure they have a voice in driving Cayman Islands legislation and government policy.

The evening’s panellists included John Lewis, a director of Highwater; Michael Richardson, a partner in the Investment Funds group at Maples and Calder; Monette Windsor, head of fund services for UBS; and Niko Whittaker, director of business development at KPMG, each of whom brought their respective expertise and insight into the day’s issues.

“We are so proud to be leading the Cayman chapter of the HFA and to further promote its goals and initiatives within the international funds community,” said Bodden. “The HFA seeks to educate the public, media and government about hedge funds to foster understanding and cooperation.

“Through thought leadership, educational symposiums and networking events, the HFA promotes the advancement of transparency and a working dialogue with key decision-makers and regulators. It is an opportune time to bring the HFA to the forefront of the Cayman investment funds community as we participate in the discussion of where the industry is headed globally, and what the Cayman Islands can do to maintain its position as a leading centre of excellence for alternative investments vehicle formation, operations and governance.

“The Cayman Islands finance community already lends its talents to so many worthy organisations such as the Alternative Investment Management Association (AIMA), 100 Women in Hedge Funds and Cayman Finance. We look forward to working with our fellow associations to continue to promote the jurisdiction and further the objectives of the HFA,” she said.

Founded in 1996, the HFA is an international not-for-profit organisation made up of hedge funds, funds of hedge funds, family offices, high net worth individuals, financial advisers, and service providers.

In the US, the HFA has chapters in the Northeast, Southeast, Midwest and on the West Coast. Internationally, the HFA has chapters in Europe, Asia, Australia, Latin America and the Cayman Islands. HFA works on behalf of the entire hedge fund industry, including more than 10,000 hedge funds in the US and abroad which collectively manage in excess of $2.4 trillion in assets, as well as sophisticated investors and industry service providers.

Members of the HFA seek to help craft public policy and foster opportunities in the global hedge fund and alternative asset management industry. The association acts as an advocate for members by issuing policy statements and position papers to investors, media, regulators and legislators. Members of the HFA also serve their communities by supporting philanthropic causes. In particular, Bodden also serves on the main committee of the Cayman Islands location of 100 Women in Hedge Funds.

The HFA monitors and makes informed responses to proposed regulations and legislation affecting the hedge fund industry through meetings in Washington DC, media statements and position papers. In general, the HFA endorses public policies that encourage the formation of emerging and start-up hedge funds such as limiting regulations for managers with less than $250 million in assets under management.

“As the HFA works to accelerate the growth of the hedge fund industry we understand the importance of building our presence, supporting our local members, and aligning our efforts with our peer organisations in the Cayman Islands,” said Mitch Ackles, president of the HFA.

“Our Cayman chapter, under the strong leadership of Christina Bodden and Colin Nicholson, will continue to champion new educational programmes to unite industry participants and inform the HFA’s advocacy efforts in the Caribbean, and around the world.”

Christina Bodden is a partner in the Investment Funds group of Maples and Calder, specialising in the structuring of private equity funds and advising on the related downstream transactions. She also works extensively with major institutions and hedge fund managers and their onshore counsel, advising on the structuring and ongoing operation of all aspects of investment funds. Bodden has a particular expertise in hedge fund sideletter arrangements and fund restructurings. She can be contacted at: christina.bodden@maplesandcalder.com