Well positioned for the future of funds 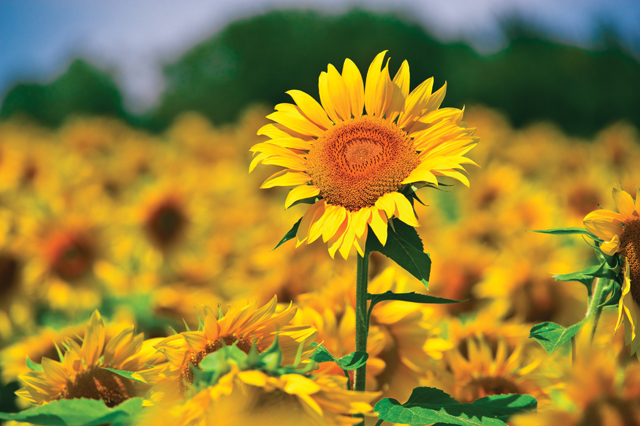 Despite a global financial climate that continues to pose challenges, Cayman remains an excellent venue for funds. Dave Sims and David Walker of Caledonian Funds Services tell Cayman Funds how the company is positioning itself for the future.

Caledonian Funds Services has been administering funds in the Cayman Islands for almost 20 years, which means it is especially well placed to think about what the future might bring. And though there are plenty of alarmists outside the industry who predict that onerous regulation will one day stifle funds in the Islands for good, Caledonian is rather more sanguine.

“While additional regulatory changes to the hedge funds industry are certainly numerous and widespread, we believe that this is an opportunity for Caledonian to grasp and build on our service excellence to clients,” says Dave Sims, managing director of Caledonian Global Fund Services. “The various regulatory changes affecting the industry around the globe are all in a state of flux and also become effective on a staggered basis over several years, which make it difficult to gauge the exact impact on the industry.”

David Walker, who is managing director for Caledonian Fund Services (North America), concurs, and points out that “coming from a point where there was virtually no regulation, any regulation seems cataclysmic, but in reality the pace of regulatory change has abated as equilibrium is reached.”

He is confident that “hedge funds as an asset class are here to stay and the business case for the offshore centres remains strong and compelling.”

That said, it is clear that various initiatives across the world will have an impact on the business of funds in Cayman. Perhaps chief among these external concerns is the Foreign Account Tax Compliance Act or FATCA, which aims to create a more complex tax compliance process for US citizens with offshore assets, and is predicted to have widespread ramifications for Cayman funds, and especially on US managers who have Cayman-based funds.

Sims is aware of the concerns, but confident that people will still find Cayman a friendly environment in which to do business.

Other US regulations such as the Dodd-Frank act are symptomatic of a wider impulse across governments concerned that a perception of offshore laissez-faire doesn’t play well in onshore domestic politics. There is a danger, perhaps, that the hedge fund industry will be overrun by regulation. But, Walker says, though there was initially “a lot of hype over master fund regulation ... this has now come into effect and blown over with little or no noticeable impact or adverse criticism.” Often the expectation is worse than the reality.

He continues: “Where global regulators propose regulatory amendments with the genuine intention of protecting investors and the industry and are not merely protecting a country or region, the regulation is positive as it helps guarantee the longevity of the asset class. I see regulatory equilibrium being reached by 2013.” Whatever the future regulatory environment brings though, Caledonian has the experience and the nous to adapt effectively; and, as Sims underlines, the company is already making preparations to deal with whatever comes. “We are studying the various requirements to ensure that we are prepared for each deadline and to increase the level of services to our clients to ensure they are compliant in all respects.”

“One risk that Cayman can’t do much about is that of another funds domicile becoming more desirable for funds, especially in light of the new regulatory efforts.”

And there are also ways in which Cayman can help change perceptions of it as a soft touch around the world. Being seen to be responsible is just as important as being responsible, and in this regard, corporate governance is key. Cayman already observes high professional ethics. But when governments in other jurisdictions believe that, then the Islands will have a huge advantage. With this in mind, Sims says: “We expect that all the attention being focused on corporate governance will result in industry practitioners taking steps to rebalance their risk profiles in the context of directorships and that there will be a conscious effort to arrive at a ‘manageable level’ of directorships by individuals and firms and that prudent guidelines/ codes of practice will be established by the industry to this effect.”

This process is already underway in Cayman, though Sims cautions: “I am not sure that there is any magic formula that can be determined, which will eliminate all perceived ills. Rather, the emphasis should be on the competency of the individuals and firms concerned with the regulator using its discretion to deal with any residual problems that remain after the industry has adopted suitable self-regulatory practices.“

Caledonian can’t help much with unruly managers, but what itcan do is ensure that when the fund is set up, it is done in the best possible way. “Caledonian differentiates itself in a number of ways, the most valuable to our clients being our integrated service offering including custody and banking services, which allows for efficient establishment and administration of the fund,” Walker says.

One risk that Cayman can’t do much about is that of another funds domicile becoming more desirable for funds, especially in light of the new regulatory efforts. Ireland in particular, has often been touted as the next big thing in offshore funds, especially since there would seem to be big advantages to domiciling in an EU country in light of the Alternative Investment Fund Managers (AIFM) directive, which aims to create a comprehensive regulatory framework for alternative investment fund managers in the EU.

It would be foolish to ignore Ireland completely, but there are good reasons why it may not be the quite the threat that some have billed it as. As Walker underlines: “European jurisdictions such as Ireland and Luxembourg are fierce competitors of Cayman which routinely build campaigns around criticising the Cayman Islands in the context of its global regulatory position.”

But, Sims says: “The attraction of Ireland as a domicile should not result in a mass exodus of funds from Cayman in the future.”

Domiciling in Ireland or another EU country will continue in view of the passport advantages offered to EU domiciled funds under AIFM. “However, passporting should be available to eligible Cayman domiciled funds from 2015,” he adds. “Until 2018, in any case, non-EU Funds can continue to be offered in Europe on a private placement basis. Thus we see that managers and investors will utilise both avenues and that Cayman funds may come to offer unexpected but similar benefits to those that they have traditionally offered.”

It is clear that the next few years will see the Cayman Islands have to adapt, as external regulatory efforts and competition from other domiciles continues to exert an influence. But what is equally clear is that the country is prepared, and in companies like Caledonian, has a body of experience and judgment that will stand it in good stead in the future.

Dave Sims is the managing director of Caledonian Global Fund Services. He can be contacted at: dave.sims@caledonian.com

David Walker is the managing director of Caledonian Fund Services (North America) Inc. He can be contacted at: david.walker@caledonian.com

Dave Sims has been involved with hedge funds for 18 years, working extensively with fund managers primarily in the US, Brasil, Switzerland and the UK. He has extensive experience in all aspects of the establishment, organisation management and operation of funds and other investment vehicles. He also serves as a director of a number of international funds.

David Walker divides his time between the Cayman Islands and Connecticut and is responsible for client relationship management and business development initiatives in North America, with a special emphasis on New York and Connecticut. regulatory matters