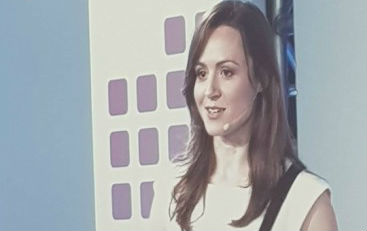 Space exploration is reaching a new phase of development and exploration which will see increasing cooperation and partnerships between both countries and governments and the private sector, Beth Healey, extreme expedition medic and research scientist, told delegates at the annual Cayman Alternative Investment Summit (CAIS), being held in Grand Cayman this week.

Healey is a British medical doctor who spent a year in Antarctica at Concordia Station, a French-Italian base, as a Research MD. She worked for the European Space Agency, researching the effects of physical and psychological isolation on a group of people. She described this experience to delegates at CAIS.

She said that as humans explore ever-further into space, this will yield opportunities for investment. She predicted that the private sector will increasingly commercialise lower orbit while governments will be seeking partnerships for going to deeper space.

She said that the prediction that humans will land on Mars by 2020 is probably optimistic but she does believe it will happen in her lifetime. She also suggested that going into orbit will become increasingly affordable in the next few years, suggesting that the experience will become the new Mount Kilimanjaro for those seeking adventure.

But she highlighted the big challenge of deep space exploration was the challenge that long periods in an extreme environment has on the human body and psychology. That was the purpose of the mission to Antarctica and is the subject of many other tests and trials around the world.

She described the challenges she faced being in a very cold and completely dark environment for a long period of time and some of the experiments conducted during that period designed to enhance the ability to explore deep space. “After 14 months, I was physically and mentally stretched. I’m not sure I would want a one-way ticket to Mars after that but everything we are learning and all the breakthroughs we are making are also benefiting us so much on planet earth as well,” she said.