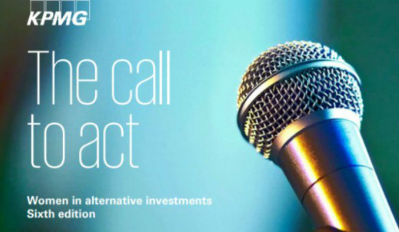 Institutional investors in the alternative investments industry are driving efforts to improve gender diversity at the funds and portfolios they invest in, but recruiting, retaining and advancing women is still the biggest challenge, according to KPMG’s sixth Women in Alternative Investment’s report: The Call to Act.

The finding of the report were referenced several times at the annual Cayman Alternative Investment Summit (CAIS), being held in Grand Cayman this week.

The report was based on a global survey of 886 participants, which, for the first time, included both women and men. The majority of women and men (84 and 76 percent respectively) agree that achieving gender diversity is a business imperative.

“We are at a critical time for women in business, and even in the highly male-dominated alternative investments industry we’re starting to experience progress,” said Kelly Rau, co-author and Audit partner for KPMG’s financial services practice.

“There is still work to be done, but what’s interesting is that the push toward more balance is coming not only from inside the AI organisations, but now from the investor side – and it’s starting to drive action.”

Over the next year, 75 percent of the investors surveyed said they plan to ask investment teams to report their diversity efforts, up from 60 percent last year.

More than one third (37 percent) of the investors surveyed said they will require disclosure of diversity statistics for all potential investments, up from just 16 percent last year.

Finally, some 42 percent of investors said they will require the firms in their portfolios to improve diversity, up from just 11 percent last year.

The report found that retaining and advancing women is still the biggest challenge, with only 12 percent of the firms represented in the study taking action to analyse the attrition rates of high-potential women.

“Understanding the reasons why women are leaving is important to driving change and improvement in retention,” said Camille Asaro, co-author and audit partner, KPMG’s Financial Services practice. “The factors that cause women to opt-out are complex and are different for many of the women in this field -- few examples of women in leadership roles, uncertain upward mobility, questioning their firms’ commitment to gender diversity, inclusion, work/life integration – these are just some of the frustrations women face with their firms.”

The report also found that there is a significant difference in terms of what men and women think about whether their sectors and firms are doing enough to advance women.

“Women should not have to solve the problem by themselves, men also need to become part of the solution,” said Jim Suglia, national leader, alternative investments, KPMG. “We are definitely seeing change in the right direction but there is still a gap in how men and women view the issue and what remains to be done.”

The report also found that there is increased focus on women-led funds. More consulting firms are looking to increase their roster of diverse and women-owned firms, sponsoring “diverse manager days” and other focused outreach.

“With all of these efforts gaining traction, we are more optimistic than ever before about the potential for increased investment in women-led funds,” said Rau.