Thriving in the face of change 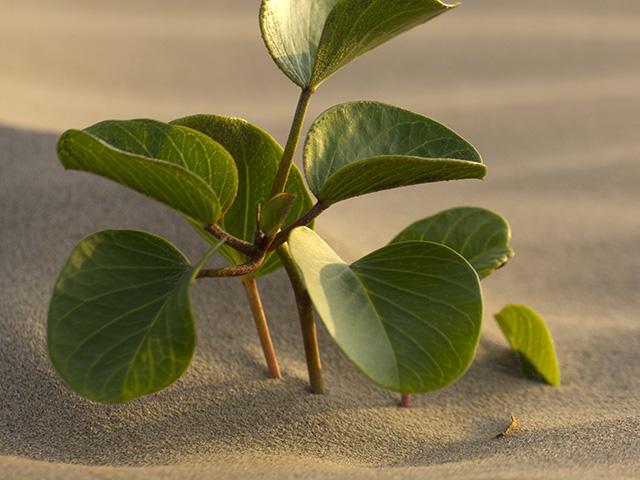 The Cayman Alternative Investment Summit again attracted world-class delegates to Cayman earlier this year. The well-attended event highlighted the positives in Cayman yet also the challenges the industry faces from forces which are largely external.

The hedge funds industry is thriving at the moment yet it is also vulnerable to external forces beyond the immediate control of the jurisdiction, delegates at the Cayman Alternative Investment Summit (CAIS), which took place in Grand Cayman in February 2016, learned.

This year’s CAIS event, which featured Jay Leno and Richard Branson as headline speakers, attracted more than 500 delegates, a record number for the conference, with many who had travelled from overseas to attend.

Aside from the celebrity side of things, the well-attended panel sessions featured some of the biggest names in hedge funds, global finance and economics. While some speakers underlined the positive attributes of the Cayman Islands as a jurisdiction, most discussed the funds world in a global context—highlighting the many external factors that affect its prosperity.

Looking at these external challenges, Jack Inglis, CEO of the Alternative Investment Management Association (AIMA), chaired a debate that considered global concerns of an emerging market-led meltdown and examined the true state of affairs in these economies, as well as the likely success of reforms aimed at shoring them up.

Inglis outlined the negative sentiment infiltrating emerging markets at the moment, where equities have underperformed by 70 percent over the past five years. With emerging market stocks down 20 percent and currencies down 40 percent in the past two years, the outlook is bleak, he said, for an asset class which seems to alternate between offering huge hope and huge disappointment.

Anne Richards, former chief information officer (CIO) at Aberdeen Asset Management, said there seems to be a disconnect with the actual situation on the ground in emerging Asia, where despite times seeming as tough as ever, companies are not experiencing the same level of pain as they did in the Asian crisis.

“Net debt to equity is half of that in the developed world and valuation multiples are lower,” she said. “Sooner or later the fundamentals will come through,” she said.

“Regulation is another tool in the investment adviser’s box and can help make sure there are no blind spots that you are going into." Brian Doohan.

Richards also noted that the International Monetary Fund is yet to change its growth forecasts for China, with 7 percent expected for this year and 6 percent for next year.

“It is quite convenient and easy for policymakers to blame emerging markets for the world’s problems, but that is just lazy,” she said.

Mark Hart, chairman and CIO of Corriente Advisors, added that quantitative easing (QE) in the US had prevented a correction in China, while domestic savers had previously no reason to send money abroad. “China will still have to deal with the excessive borrowing by companies from banks at uncompetitive levels,” he said.

Just 11 percent of Chinese savings are held abroad, he said, with Indonesia the next lowest at 32 percent and the US in the region of 200 percent.

“Now there is credit risk and currency risk, and there is real money and real savings trying to get out.”

Another presentation highlighting global risks was given by Pippa Malmgren, an economic adviser and author of Signals and Geopolitics for Investors.

Malmgren suggested that the next round of QE, a measure deemed as needed and inevitable by some economists, could come in the form of military spending, a concept that shocked some delegates.

“It is a somewhat scary proposition,” she said, but explained that given the expansionist military strategies of the likes of Russia and China in recent years it should be viewed as a realistic scenario.

She also highlighted the significance of China’s One Belt, One Road (OBOR) economic development strategy and framework which is designed to establish better connectivity and cooperation between countries mainly in Eurasia, while giving China a greater role in global affairs and the ability to export its production capabilities.

She said the economic policy has deep and widespread implications for all Western economies because it means that China is increasingly investing in long-term infrastructure projects as opposed to buying US treasuries, something that has benefited the US economy for some time.

“It used to be a perfect circle of capital whereby we would buy Chinese goods and they would invest in our economy but the financial crisis broke that and things are changing fast now,” she said.

She highlighted that, partly driven by such changes in the world, inflation would become a very real risk for many of the world’s biggest economies and argued that government statistics on inflation mask its true extent in the real world.

“Inflation is real and the US government is not going to fix it,” she said. “Keep an eye on inflation as it is much higher than the governments or markets are indicating and where there is that disconnect there is a place you can lose a lot of money.

“There is potentially some big change ahead. Could the next round of QE be in the form of defence spending? Maybe—add it to your thought processes.”

Another controversial idea was mooted by Morgan Creek Capital Management founder Mark Yusko, who told delegates that the fallout from the bear market in commodities will likely extend to the insolvency of at least one European bank, although growth will rebound in key emerging markets, he said.

Yusko outlined a series of “game-changers” for the funds business. He said he expects the relentless bear market in commodities since 2011 to come to a head with the messy bankruptcy of one or more commodity trading companies resulting the unwinding of complex derivative transactions.

The contraction in US manufacturing is indicative of a recession and growth will surprise on the downside, Yusko also predicted, adding that he felt the December rate rise did not come soon enough. The market will be begging for QE4, he said, with inflation expectations well below the pre-QE triggers and indicating deflation on a massive scale.

“Realising that the end of the hydrocarbon era is approaching more rapidly than expected, Saudi will abdicate its role as swing producer and let the US do that,” Yusko said.

The perceived wisdom that regulation is destroying the alternative investment business was challenged during a panel at the CAIS event.

Brian Doohan, chief compliance officer at Commonfund, said feedback from delegates this year suggested that regulation was helping to drive the industry forward.

“Regulation is another tool in the investment adviser’s box and can help make sure there are no blind spots that you are going into or any gaping holes in your investment philosophy,” Doohan said.

From a Cayman Islands perspective, Hayden Isbister, partner and head of corporate at Mourant Ozannes, said certain regulations and legislation introduced in the past couple of years would fall into that category, notably the Directors Registration and Licensing Law and the Cayman Islands Monetary Authority (CIMA’s) Statement of Guidance on Corporate Governance, introduced in 2014.

“These have certainly helped the industry move forward, particularly on the corporate governance side,” Isbister said.

CIMA advocates regulation but not over-regulation and Garth Ebanks, deputy head of the Investments and Securities Division, said the authority is committed to continuing to focus on communication and consultation with its stakeholders, to ensure that regulation has a positive impact on the financial services industry.

For hedge funds, regulation can be used to positive effect, by pre-empting unintended consequences and by engaging with regulators to improve relations.

“There is a definite business incentive to getting your policies and procedures right, and investors expect cutting-edge best practice,” said Lisa Stanton, in-house counsel at Darsana Capital Partners. “But any policy you adopt has to fit your business. It has to work for you.”

Business tourism is opportunity for Cayman

The key drivers of Cayman’s economy should not be viewed in isolation but in a more holistic way in recognition of the fact that they are all interlinked, Chris Duggan, vice president, Dart Enterprises, told Cayman Funds magazine at the Cayman Alternative Investment Summit.

Dart Enterprises is one of the key supporters of the conference, which is now an annual event in the Cayman calendar.

Duggan said that while alternative investments and the financial services industry is not a core part of what Dart Enterprises does, the organisation, which is set to invest billions more in the Cayman Islands over the next decade, understands the importance of the sector to Cayman and that success in this sector boosts the economy in many more ways.

In November this year, Dart will unveil a new 263-room Kimpton hotel plus almost 60 for-sale condominiums. Duggan stresses that projects such as this will drive tourism and help grow the financial services industry on Cayman—and the two things go very much hand in hand.

“People talk about the different types of tourism: health tourism or sports tourism, but one of the biggest forms we have is financial services tourism,” Duggan said. “It injects so much into the economy. A conference such as this also helps fill the hotels and restaurants. Each sector of the economy drives another, you can’t look it in isolation.”

Duggan, a former president of the Chamber of Commerce on Cayman, also commented on some of the long-term risks faced by the Cayman Islands, especially given its reliance on financial services. Misinformed comments from politicians and others in the US or the UK that refer to Cayman as a tax haven can be problematic, he admitted.

He said it was the duty of everyone familiar with the Cayman Islands to help dispel such myths and added that bodies such as Cayman Finance are doing a good job of leading a coordinated approach to such attacks.

“They are a threat and it can be difficult to dispel myths,” he said. “But you have to handle them as they come up, and the likes of Cayman Finance is doing a great job in giving us a unified voice.”

Planning for the next CAIS is already underway, with the dates February 16 to 17, 2017, pencilled in for next year’s event.