The push for substance in Cayman 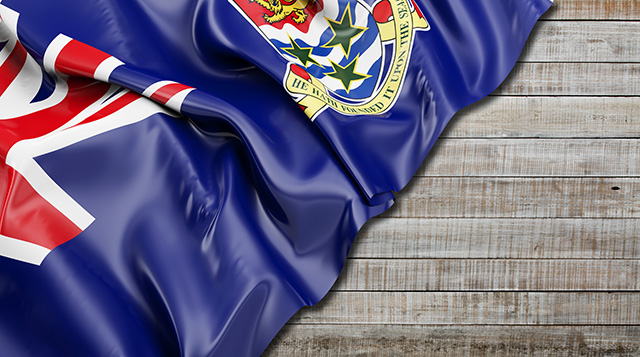 A number of potential changes for fund directors in the Cayman Islands are being driven, among other things, by a global shift towards transparency. One consequence of this could be an increased use of independent directors physically based in Cayman, as David Roberts from Cayman Management tells Cayman Funds.

The role of independent directors is set to come under increased scrutiny from investors and regulators and one possible consequence for Cayman-registered funds could be that each should be seen to have at least one director physically based in the Cayman Islands.

That is the view of David Roberts, managing director of Cayman Management, a company that offers a range of company management and personal services, including corporate governance at a multinational level through to the registration and management of private companies within the Cayman Islands and other jurisdictions.

In the 40 years since the business was established, it has incorporated thousands of companies ranging from personal investment holding companies for high net worth individuals to strategic offshore subsidiaries for international organisations.

Roberts says that Cayman Management has become increasingly involved in the funds side of the business in the past 10 years but that in recent years the scrutiny on all aspects of corporate governance and fiduciary services has become much greater.

“A large part of our offering is now around the requirements of funds and fund-related services,” Roberts says. “We always prefer to work in a ‘hands on’ way with clients and their professional advisers, both in Cayman and internationally, always aiming to add value.

“There is increasing recognition of the ultimate accountability for independent directors and, with ever-increasing expectations of transparency and the need for enhanced corporate governance, we could well see in the future a need to demonstrate increased presence in the Cayman Islands.

“This could take the form of expectations that meetings and other corporate formalities must be driven from Cayman, possibly with a Cayman-based independent director or other senior appointee taking the lead as the responsible person for governance, anti-money laundering and regulatory compliance.”

It will be for the Cayman Islands government, working in hand with the Cayman Islands Monetary Authority (CIMA), after industry-wide consultation, to decide on the exact nature of any new legislation or regulation impacting the funds sector, says Roberts, but he anticipates that pressure will continue for greater accountability and transparency in a number of areas, requiring the directors of regulated entities to demonstrate a full understanding and performance of their responsibilities in these areas.

He adds that he would understand if CIMA were to push for at least one person to be appointed as the responsible Cayman director for each regulated entity.

“There are more and more formal governance standards for all regulated entities, including a growing number of guidelines and rules around how they should operate. You can imagine the benefit for CIMA in having at least one person in the jurisdiction who is expected to have full knowledge of all operations of any regulated entity about which they may have a query or concern.

“CIMA needs to be able to exercise its regulatory responsibilities and you can imagine that it could be difficult if the only contact in Cayman was the registered office service provider.”

Roberts stresses that he is not aware of CIMA having indicated that this specific proposal is on its agenda as yet, but it will inevitably be part of a number of measures the regulator could look to consider, following on the heels of the introduction of the Directors Registration and Licensing Law last year.

Now that CIMA has the means to gather data on the activities of directors of regulated entities, CIMA is no doubt pondering how that information might best be put to use. Two possible uses of that information are triggering debate in Cayman, the first being the creation of a publicly searchable database that would allow anyone to check on the list of directorships of any director of a regulated entity, the second being to place some form of cap on the number of directorships an individual could have.

“There are more and more formal governance standards for all regulated entities, including a growing number of guidelines and rules around how they should operate."

Some sceptics have suggested that a public database could be abused by aggressive competition trying to ‘poach’ each other’s clients. Others have expressed the view that it would be wrong to put any form of cap on the number of directorships any one person should hold, appreciating that the time commitment in properly servicing director responsibilities will vary greatly dependent upon the type and complexity of each entity in question.

Roberts says he has no objection to the public database but agrees that any sort of cap would likely serve little purpose, preferring instead to leave it to investors and professional users of Cayman funds to decide what is acceptable.

“Personally, I don’t mind the world knowing how many directorships I have and what I am a director of, although I understand the arguments put up by those who oppose such a move,” Roberts says.

“In terms of setting a number, that is more difficult. If you have a special relationship with a finance house with multiple identical ‘cookie cutter’ type funds, you can represent a lot more than if you were  a director of larger, disparate funds, which require a lot more time and take more responsibility.

“That being said, there is a limit beyond which, even with support, you cannot pay close attention, but it is very difficult to measure such a number and so this should perhaps best be left to interested parties such as investors to determine.”

Roberts says there are compromises. The regulator could simply mandate that directors must make relevant information available to investors when asked. He stresses that most directors would do this automatically but he has heard of instances where requests for directorship information have been refused.

He says that some investors, notably the larger institutional investors,  are taking a keener interest in all aspects of corporate governance. An international group representing institutional investors in Cayman funds visited Cayman in recent years and although they did not expect or seek an increased level of regulation they wished to see, among other things, increased disclosure by directors of funds.

“Many investors are working to much more stringent standards and they have a whole slew of questions for the directors and the investment manager. They are very interested in the ability of individuals to do their jobs,” he says.

“Personally, I think that there need be no secrets. If someone asks you for relevant information, you should be able to release it and the director service agreement should make specific provision for this, avoiding claims of potential breach of confidentiality. It is a reasonable expectation on the part of the investor.”

Roberts believes that there will be no knee-jerk reaction to any of these issues. A government-sponsored working group is actively considering the adequacy of the Cayman legal and regulatory regime in line with Financial Action Task Force guidelines, which include a wide range of topics in anticipation of various international assessments of the Cayman Islands regulatory regime in 2017

“These issues are not necessarily negative criticisms of Cayman but just part of the move towards increasing transparency and a need for ever-increasing substance. It would not stop investments coming here but it would make governance better and easier to control and demonstrate.

“I expect there will be more onus on directors to ensure a range of things, including the proper operation of all service agreements. One way or another, I can see the role of Cayman directors becoming increasingly key to the ongoing success of all regulated entities.

David Roberts is the managing director of Cayman Management. He can be contacted at:
droberts@caymanmangement.ky