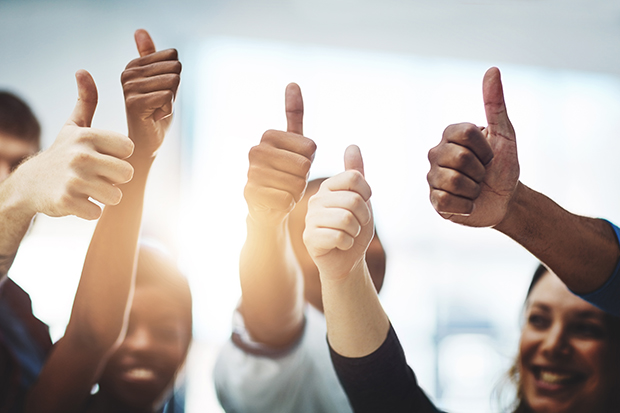 The Cayman Islands holds a leadership position in the funds sector—but to maintain this will require adaptability and innovation, says The Honourable Tara Rivers, JP, MLA, Minister for Financial Services and Home Affairs.

For a jurisdiction, success in the funds sector is based upon legislation that meets market needs, and regulation that effectively provides necessary oversight. Working together, these factors support the stability of the global financial services industry, and contribute to important, tangible benefits to persons of diverse socioeconomic backgrounds.

The Cayman Islands has diligently built its success upon these two factors for more than five decades, and today we continue to be a jurisdiction that meets and maintains global regulatory standards and attracts sound business. Our commitment to further enhancing our already robust legislative and regulatory framework is why we remain the world’s leading jurisdictions for funds.

According to our local regulator, the Cayman Islands Monetary Authority (CIMA), we have experienced a slight increase in the amount of funds regulated here. The Cayman Islands was home to 10,599 funds by December 31, 2017, compared to the 10,586 funds under our oversight by the end of 2016.

Maintaining and further extending this leadership position in funds requires adaptability and innovation, in order to address industry’s needs and the external forces that impact all international financial centres. Against this backdrop, Cayman’s funds regime has been enhanced in order to maintain our competitiveness.

Commercially, our most recent significant achievement was last October’s commencement of the Foundation Companies Law, 2017. The law creates a new business vehicle that complements existing legal structures in the Cayman Islands.

This, along with the introduction of the Limited Liability Company (LLC) Law in July 2016, has bolstered Cayman’s reputation as a cutting-edge international financial centre. Both pieces of legislation reflect the government’s consideration of industry comments, as Cayman foundation companies and LLCs can be used in the funds space, as holding entities in private equity transactions and for joint ventures.

According to the Registrar of Companies, since the beginning of 2018, there were already five registered foundation companies, and 63 LLC structures. Both statistics bode well for the rest of the year.

Another legislative development worth noting is the passage of the Limited Liability Partnerships (LLPs) Law last year. LLPs are vehicles well suited for persons who want to operate a partnership structure, but with the added benefit of the partnership having separate legal identity. Industry should start to benefit from LLPs by the fourth quarter of 2018.

Also commercially, Cayman is now experiencing activity in the fintech and regtech space. We expect to see much more technology-enabled innovation in financial services, which should result in new business models, applications, processes or products.

As a matter of priority, therefore, the Ministry and CIMA are responding by actively examining our fintech regulatory framework, with appropriate input from industry associations, in particular Cayman Finance.

In another important regulatory sphere, Cayman’s framework also incorporates anti-money laundering and countering of financing of terrorism (AML/CFT). Our regulations went through a number of changes in preparation for our December 2017 evaluation by the Caribbean Financial Action Task Force (CFATF). Cayman is a member of the CFATF, which is a regional body modelled after the Financial Action Task Force (FATF). The FATF’s Recommendations aim to establish a principal global standard for AML/CFT regimes.

Key amendments included several pieces of beneficial ownership-related legislation, which allowed Cayman to develop a system that further reduces the timeframe in which the government, through legal mechanisms, shares information with competent authorities in other jurisdictions.

We will determine what further changes may be necessary after we receive the CFATF review results, which are expected to be released in the latter part of this year, after the regional body concludes its assessments.

While the Cayman Islands has long been under the international microscope, I am happy to note that we have stood up under the weight of such persistent scrutiny. Last August, Cayman maintained its ‘largely compliant’ rating from the OECD’s Global Forum on Transparency and Exchange of Information for Tax Purposes, in its 2017 Exchange of Information on Request Peer Review Report. We are particularly pleased that we maintained this rating in light of the Global Forum’s strengthened terms of reference.

Another positive result came last December when Cayman was recognised by the EU as a cooperative jurisdiction for tax purposes. The EU, through its Code of Conduct Group for Business Taxation screening process, invited 92 jurisdictions to participate in the assessment.

The group’s objective was to create a list that identifies countries that it considers to be non-cooperative in working with EU member states to combat tax fraud, evasion and avoidance.

In its announcement, the EU identified the Cayman Islands as a jurisdiction which was fully cooperative with regard to its tax transparency and commitment to the OECD’s Inclusive Framework on Base Erosion and Profit Shifting (BEPS) initiative and has committed to addressing concerns relating to economic substance.

It is important to note that the other Overseas Territories and Crown Dependencies assessed also made commitments to address the issue of economic substance. Government is continuing to cooperate and will work with EU officials to help define what is appropriate economic substance for relevant business in order to address this issue by December 2018.

Also, with regard to international tax compliance, Cayman’s membership in the OECD BEPS initiative means we support the OECD’s desire to improve international standards and we have committed to implementing country-by-country reporting (CbCR) measures. Cayman entities covered under CbCR are currently in the midst of their first reporting period to our national tax authority, the Department for International Tax Cooperation.

All these initiatives point to an overall robust legal framework that is in line with international regulatory standards and that underpins the strength of Cayman’s financial services industry. It is no surprise, then, that financial services contribute to nearly half of government revenue.

According to government’s 2016 annual economic report, the financing and insurance services sector accounted for approximately 40.5 percent of the country’s gross domestic product (GDP). The report went on to say that the “preliminary estimate, based on sector economic indicators”, is CI$1.089 billion of the CI$2.691 billion of real GDP.

All the progress evidenced in Cayman would not be possible without continued dialogue with our key stakeholders—including you, as industry. You play a vital role in our collective success.

The Ministry’s goal is therefore to ensure that Cayman’s products and services reinforce our reputation as the jurisdiction of choice for funds. With a sound, business-friendly framework and a commitment to the adherence of globally accepted international standards, we are confident that Cayman’s success story will continue well into the future.