Cayman can lead in cryptocurrencies 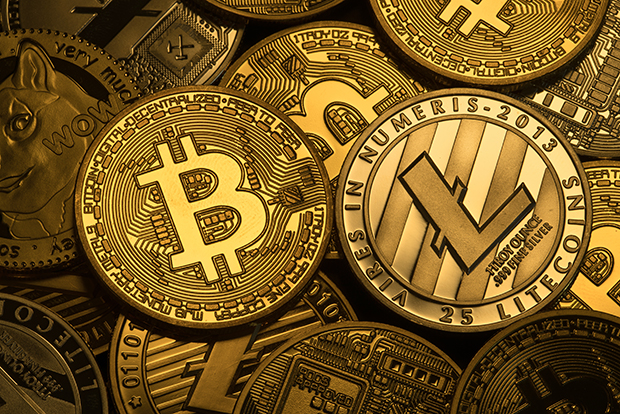 Cayman has the opportunity to become a world leader in cryptocurrencies and associated technologies such as blockchain, says JS de Jager at Cayman Management, who argues to Cayman Funds that this burgeoning sector is no bubble.

The rise of cryptocurrencies and associated technologies such as blockchain presents a huge opportunity for the Cayman Islands to become a leader in a rapidly growing new technology / business sector and build an invaluable library of expertise that can help the industry develop and flourish.

That is the view of JS de Jager, independent director and account executive, Cayman Management, who wants to get the message out that the Cayman Islands is open for business in these emerging sectors. He says the past 18 months have been characterised by a growing number of enquiries from investors and innovators keen to leverage the potential of this sector.

“Cryptocurrencies and blockchain are the real hot topics on Cayman right now and the funds industry does have the potential to play an important role in this space. This is a fast-growing market that would really set the Cayman Islands apart and add huge value to our offering if we were to take a position of leadership in it,” de Jager says.

As a result, Cayman Management is working directly with a number of other firms and service providers operating in this space. De Jager stresses that it is important to distinguish between the different opportunities that exist in this space and the challenges inherent for the Cayman Islands’ regulator in some instances.

He identifies three main ways that the funds sector could participate in this space. The first would be to accept funds in the form of various cryptocurrencies in the same way they accept dollars, euro or other currencies from investors. But this is the most problematic area for funds considering operating in this area due to KYC and AML-related issues.

The need for transparency

Because all cryptocurrencies are underpinned by blockchain technology, it is very difficult to identify the end investor or the source of those funds. This flies in the face of everything the Cayman Islands has done for many decades to move towards ever greater transparency and accountability in the way money flows through the domicile.

De Jager is clear that, for this reason, funds will have challenges currently to accept cryptocurrencies in this way. But he also notes that various action groups including Cayman industry associations and government are considering ways to overcome the problem of traceability.

If they were successful, de Jager notes, it would potentially set the Cayman Islands up as a leader in this field, and help it become the domicile of choice for investors interested in the space.

“It is a challenge. There is no way that laws and regulations should be bypassed. But local industry is working on a solution which, if successful, would be very beneficial to the domicile,” he says.

The second way hedge funds play in this space is simply by trading cryptocurrencies on an exchange in the same way they might trade any other form of currency. This is a legitimate investment exercise, de Jager says, and a strategy many hedge funds on Cayman are already employing. The volatility inherent in this sector makes it a perfect market for some hedge funds.

The final area in which hedge funds can enter this space is also, arguably, the most interesting—and the one where de Jager has had most interest. As a result of enquiries, Cayman Management has helped some companies along the way with the necessary legal and other professional input from local service providers. He says that many hedge funds are performing a typical venture capital or private equity function, making equity investments in what are usually technology startups specialising in either blockchain or cryptocurrencies, or both.

“They are very interested in investing in the technology behind this sector,” de Jager says. “They want to be involved in the development of projects and intellectual property. Some such ventures are based in Cayman but they could be anywhere.

“The investors here are increasingly interested in such companies and we have helped several establish in this way through appropriate collaboration with, and advice received from, highly regarded Cayman legal professionals who have interest in this space.”

De Jager stresses that such a venture seeking investment from funds is well advised to seek the correct advice from the outset so that it is structured correctly and within regulatory guidelines, allowing funds to invest.

While some such ventures may use a traditional form of fundraising, many are instead completing an initial coin offering (ICO) by way of raising funds in the business. De Jager has seen companies keen to base the holding company, which will own the intellectual property, in Cayman, so that investors from around the world can potentially invest.

He says that Cayman Management can play a central role in helping ventures do this. It has helped several through the process and can supply experienced independent directors—an important component that can give investors confidence.

Cayman Management also introduces them to the best specialist advisers on Cayman. He says that a growing segment of experts is flourishing on the island with a deep knowledge of this sector, with a good number of legal and accounting/audit firms, to which onward introductions can be made, now having specialist teams able to advise in this sector.

De Jager says the first enquiries related to this space emerged in late 2016, but in the second half of 2017 things really started heating up.

“We have had enquiries from all over the world—not just cities associated with technology as you might expect. We get a lot of calls from Europe and Canada and the US. It seems to be a global phenomenon.”

Many funds see it as a good complement to their portfolios. “In a way it is a venture capital strategy, yet plenty of funds are open to that in a sector where they see great potential,” de Jager says.

“A lot of funds specialise in becoming early identifiers. They talk to developers about what the latest technology is or the new kid on the block. If they see this as having the potential to fly, they will invest.

“We are seeing enquiries coming from investors and funds keen to look at these opportunities and the technology companies themselves as they seek funding. Cayman seems to be becoming a hotbed for this activity, which can only be good for us as a domicile. The expertise is certainly here.”

Some commentators have suggested the boom in interest in cryptocurrencies is essentially a bubble that will burst at some point, but de Jager dispels this notion.

“This is 100 percent not a bubble,” he says. “It comes back to the fact that it is underpinned by unique, peer-reviewed and supported, proven technology—blockchain—that the math and engineering communities see as having potentially widespread applications.

“Everyone is trying to work out exactly where the opportunities are in this space but there is no doubt that it is here to stay and it will be fantastic to see Cayman remain a world leader in this sector.”

JS de Jager is an independent director and account executive at Cayman Management.
He can be contacted at: jdejager@caymanmanagement.ky