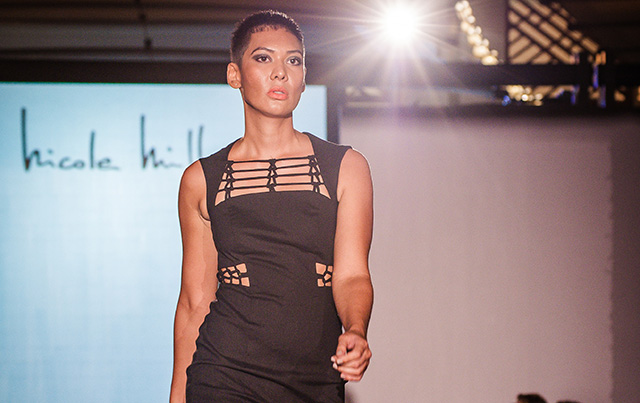 From day one the Cayman Islands location of 100 Women in Hedge Funds has exceeded all expectations, even their own, reports communications committee chair Michelle Morgan.

After formation in 2012, the Cayman Islands held its inaugural 100 Women in Hedge Funds (100WHF) education event in April, 2013. More than 120 members gathered on a Sunday afternoon to learn more about macro trends in the hedge funds space from Jane Buchan, the CEO of PAAMCO.

“We were excited about our launch. We knew this was an organisation that could benefit our industry and help showcase our Island globally but while we were hopeful, we didn’t foresee such a strong start to membership,” says Odette Samson, co-chair of Cayman 100WHF’s executive committee.

Amanda Pullinger, CEO of the global organisation, echoes that sentiment. “From the start, we’ve all been impressed with the energy, tenacity and innovation of those in our Cayman location.

“It has also been our fastest growing location, in terms of membership growth and increase in activities across our three pillars of industry education, philanthropy and peer leverage. I often cite Cayman as a model for other locations wishing to be a part of the global network,” she says.

The organisation’s core mission is to make a difference in the industry and community which is done through the three pillars. 100WHF Cayman initially focused on two of the three, education and philanthropy, and added peer leverage into the programme in 2015.

“Building on the success of the existing programmes, we decided it was the opportune time to focus on providing opportunities for peer-to-peer networking and knowledge-sharing, something we will develop further this year with the establishment of the Cayman advisory groups for senior practitioners in the legal, audit/finance and fiduciary space,” says Jo Cunningham, co-chair of the executive committee.

“We’re very excited to announce that our 2016 Cayman Islands beneficiary is the Big Brother Big Sisters programme,” says Leanne Golding, co-chair of the philanthropy committee, “and we’re confident that we’ll make a difference in the community.”

The organisation raised more than $56,000 for its 2015 beneficiary, LIFE (Literacy is for Everyone), a local charity which focuses its efforts on improving literacy in the Cayman Islands, over three events held throughout the year.

"Visiting speakers and guests leave with reinforced positive views of our Island which serves to further raise our profile internationally.” Cassandra Powell

Next, party-goers danced the night away in the sand and under the stars at the Barefoot Beach Gala in March, an annual event that the Island is looking forward to again this year on April 16.

Partnering with Dart, the Department of Tourism, Cayman Airways, NKY and others, 100WHF Cayman orchestrated an epic three-day event revolving around fashion designer Nicole Miller. Attended and directed by the world-renowned couturier herself, the extravaganza included a trunk show, a private styling event, and a fashion show, which even caught the attention of CNBC’s Squawk Box market news and talk show.

The education committee plans unique seminars with topics that centre around issues that are relevant to all professionals in the funds and finance industry. Seminars in 2015 were led by high profile industry leaders such as Anne Richards, former CIO of Aberdeen Asset Management, and Ann Marie Petach, former chief financial officer at BlackRock and treasurer of Ford Motor Company, who spoke to packed rooms.

“At our educational events we host presentations with participation from both global industry leaders and our own local talent base,” says Cassandra Powell, education committee co-chair.

“They share their experiences with our own Island members and with attending global members, who are always invited. All parties gain important knowledge including a better understanding of Cayman’s importance within the funds industry. Visiting speakers and guests leave with reinforced positive views of our Island which serves to further raise our profile internationally.”

The mandate of the peer leverage committee is to create an infrastructure through which 100WHF members can share their experiences with their peers in the industry and leverage those relationships going forward.

“We’ve really kick-started this committee,” says co-chair Monette Windsor. “We’ve hosted nine events over 2015 including a roundtable discussion on women on boards, a financial planning workshop, and a panel on work life balance, as well as some less structured social events as an opportunity to network with our peers.”

Peer leverage events are intended to be more intimate so the number of participants is limited. Attendees are then able to engage in more meaningful ways, helping them to strengthen existing relationships and build new ones across the industry.

“Reflecting on everything we’ve accomplished, it’s hard to believe we only started four years ago. But then I look at the people involved and it makes sense. There’s a lot of ‘sweat equity’ in this organisation, from our Cayman team but also from our headquarters in New York,” says Samson.

Cunningham adds: “This organisation has been great for the Island. We really have the best of both worlds. On a local scale, we have this organisation that benefits our community by raising money for charities on the islands and works to educate and foster peer leverage among our members.

“We have support from local influencers such as Tara Rivers, who was made an honorary Angel last year. But we also have access to a much wider network. Members are invited to 100WHF events in other locations and have taken advantage of seminars across the globe including in Chicago, London, New York and San Francisco.

“Our members have also been given the opportunity to participate internationally—some have been asked to speak at seminars and on panels hosted by other locations. 100WHF has been recognised world-wide for its capabilities. The appointment of Christina Bodden, one of our executive committee members, to the organisation’s Global Advisory Council is a testament to our success. You can see that the advantages of being part of this organisation extend well beyond the impact within the local marketplace and community.”

“We’re a group that gets heavily involved in our tasks, takes our charities and their goals to heart, and approaches our mandates very seriously. We aren’t afraid to roll up our sleeves and get things done,” says executive committee member Nadia Hardie.

“We have a very driven group—you can feel the buzz of energy if you walk into any of our meetings. This organisation is full of successful, strong-minded women who are used to working hard so you can imagine what happens when we all get in one room together and set our minds to a task.”

It’s been a busy few years. The location now has almost 500 members in Cayman and the footprint and international reach of 100WHF continue to grow.

“This group is responsible for this organisation’s many accomplishments since inception and because of them, we’re looking forward to exceeding expectations again in 2016.”

For more information on the work of 100WHF, visit www.100womeninhedgefunds.org

On a global basis, 100WHF has more than 13,000 members in 20 locations and these numbers continue to grow. In 2015, close to $3 million was raised for beneficiaries, contributing to $38 million raised since 100WHF’s inception in 2001. The organisation’s core mission is to make a difference in their industry and community.

BBBS makes a positive impact on children and empowers them to succeed. They operate under the premise that a one-on-one friendship with a caring adult can provide the support a child needs to grow and mature in a positive way. Since 1984, BBBS of the Cayman Islands has helped children to reach their potential through professionally supported one-on-one relationships with mentors.

Michelle Morgan is a senior vice president of Harbour and serves as an independent fund director. She can be contacted at: mmorgan@harbour.ky