A decade of influence 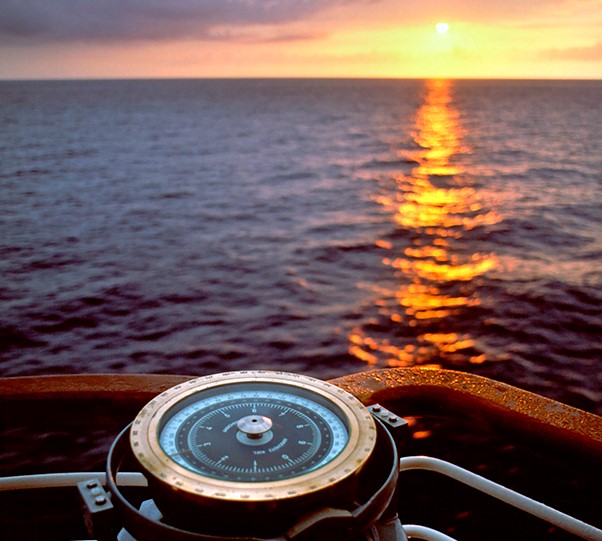 The Cayman Islands Directors Association, a rising force on the Cayman Islands for several years, celebrates its 10th anniversary in 2018. Cassandra Powell, its president, tells Cayman Funds about its achievements in 2017 and its plans for the year ahead.

The Cayman Islands Directors Association (CIDA) will celebrate its landmark 10th anniversary in 2018. Cassandra Powell, a director at The Harbour Trust, CIDA’s president for the past three years, says the association is planning a big year.

Founded in 2008, CIDA has really found its voice in recent years. It acts as the representative body for Cayman Islands-based professional directors and over time, the association’s profile, and its membership, have continued to rise through a variety of initiatives.

CIDA is an honorary member of Cayman Finance and sits on a number of working groups, which include representatives from government and the regulator, the Cayman Islands Monetary Authority (CIMA).

“We have come a long way from our roots but I feel we have really found our role on the island,” Powell says.

“As well as industry, our regulator and the government both understand the important role we play around education and advising on regulatory matters on behalf of our members. It is a landmark year and the agenda for the 10th birthday is also very much to celebrate everything we have achieved so far.”

Powell says the association’s goal is to be the aggregating body for directors and the fiduciary industry in Cayman. Now that CIDA has more than 300 members, she has been comfortable ensuring the voice of the body is heard at the highest levels.

Looking back to 2017, Powell says it was a busy year for CIDA. The association was represented in various industry consultations and working groups on a range of new or amended regulations and guidance including the Beneficial Ownership Regime (for Companies and Limited Liability Companies), which came into force on July 1, 2017 and was subsequently amended prior to year-end based on further industry feedback; and the Anti-Money Laundering Regulations 2017, which came into force on October 2, 2017.

On the latter, Powell notes, while the fundamental obligations remain, these new regulations bring about many significant changes to the Cayman Islands’ anti-money laundering and terrorist financing regime to keep it more closely aligned with global practice.

She says, however, that there remains uncertainty around certain key aspects of the regulations, and as such, discussions continue between industry and CIMA to gain clarification on these matters so that clients and stakeholders can be advised accordingly.

CIDA was also involved with the consultation on the Monetary Authority (Administrative Fines) Regulations, 2017. These regulations came into force on December 15, 2017 and allow CIMA to impose administrative fines for breaches of certain regulatory laws.

“We have played an important role consulting on this regulation,” Powell says. “We continue to seek clarification from the regulator on a number of matters and we will offer our views where necessary.”

In previous years, CIDA has advised on a number of other key legislative initiatives including amendments to the Limited Liability Companies Bill 2015, which was tweaked in 2016; the Directors Registration and Licencing Law (DRLL), which was very relevant to the interests of CIDA’s members; and other matters such as the fund annual return forms (FAR) in relation to filing audited financial statements with CIMA.

Learning at the centre

Membership has grown to some 300-strong and Powell says the body is gaining a lot more interest from directors not working in the funds industry directly but who are realising the value of the body for directors working in the corporate world.

“We have a broad base of members now who value the input we offer on new legislation and the educational events we run. We will continue to embrace that broader base and continue to grow and serve our membership on that basis.”

CIDA staged a number of educational events last year: one on understanding the hedge fund audit process; one on lessons for directors from the Primeo v HSBC litigation; one on the new Beneficial Ownership Regime and another on the technology platform required for the regime.

Powell says attendance in 2017 was very positive with around 60 members or more attending each event. “We have been very fortunate to have great sponsorship from industry firms as well as firms located off-island, and the quality of speakers has been tremendous.

“We find that access to information is key; given the continued changing regulatory landscape people are keen to gain access to quality speakers and information,” she says. “Given the overwhelming interest, we have also started opening events up to non-CIDA members. The view of the CIDA executive is that, as many of the initiatives impact the wider industry, it can only benefit the Cayman Islands as a jurisdiction if everyone who participates in this jurisdiction, whether it is in the hedge fund space specifically or within other areas of the financial services industry, has access to the relevant information.”

CIDA once again hosted the Directors Education and Accreditation Programme (DEAP), which, Powell says, continues to be of great interest, not only for directors from the alternative space but also pure corporate directors who simply want to understand more fully the governance role and directors’ duties and responsibilities.

The calendar for 2018 is still being decided. Powell says there will be a similar number of education events plus a celebration of its 10-year anniversary. “We have come a long way and we will celebrate that,” she says.

“Our membership has been growing rapidly and we have increasingly found our voice when it comes to the issues facing the industry and areas where we feel the views of our members should be heard. There will be one or more events to showcase what we have achieved since our start in 2008.”

Powell says the momentum of CIDA is still building. She expects a further growth in membership in 2018 and states it will be an even better year in terms of events for the body.

Cassandra Powell a director at The Harbour Trust and the president of CIDA. She can be contacted at: cpowell@harbour.ky