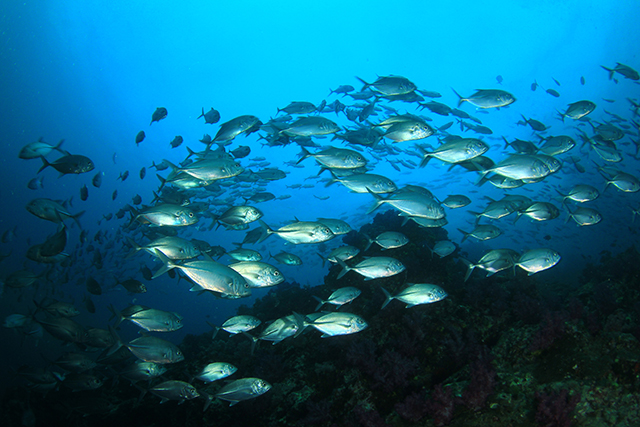 While Cayman remains the number one jurisdiction for hedge funds, it has been through a period of change and more challenges lie ahead. In this exclusive interview, Wayne Panton, Minister of Financial Services, Commerce and Environment, gives his view on the biggest issues currently facing the sector.

What is your assessment of the overall health of the funds sector on Cayman? What are the biggest threats to the industry?

"The end result of our open and frank conversations is an agreement between government and industry that the database is necessary for Cayman’s reputation as a transparent jurisdiction."

It’s extremely healthy—and the reason Cayman’s funds sector remains number one in the world is that government and industry work together to ensure that we have the right framework for attracting business.

One of the key reasons for this confidence is the strength of our professional corps. I noted in my foreword to this issue of Cayman Funds that Cayman has one of the highest concentrations of professionals per capita in the world. According to 2012 data from our Economics and Statistics Office, we have more than 550 lawyers, 900 accountants, 200 Society of Trust and Estate Practitioners (STEP) practitioners and 110 Certified Financial Analysts living on our Islands.

We are fortunate to attract top talent to our shores, many of whom are working for the world’s leading firms in law, accounting, and corporate services.

In my foreword, I outlined a number of actions that will further reinforce Cayman’s position in the funds sector. These include the wholesale revision of our Exempted Limited Partnerships Law, and the enactment of our Contracts (Rights of Third Parties) Law; the introduction of regulations under our Insurance Law, to allow for portfolio insurance companies (PICs); and the amendment to the Mutual Funds Law, to remove the provisions regarding fees for non-resident mutual fund administrators.

This calendar year, we plan to amend our Trusts Law and Companies Law, and we are finalising draft legislation to permit the formation of Limited Liability Companies to attract international clients. We also are developing a Limited Liability Partnerships Law.

In addition to these legislative actions, we have commenced our own promotional activities starting in January with the Cayman Finance New York Breakfast Event and plan more events for this year, to promote our own brand.

What is your assessment of the implementation of FATCA? Is everything on track?

Cayman is more than on track—we’re ready. On March 20, we announced the opening of our AEOI (automatic exchange of information portal), which was the last component—following the enactment of local enabling legislation, regulations, and industry guidance notes—of our preparations for the Foreign Account Tax Compliance Act (FATCA).

I must point out the excellent work that our joint government/industry working group has done in preparing Cayman for FATCA, and for other global AEOI initiatives that are to come; our portal will be able to handle those as well. Because of this joint effort, Cayman moved efficiently and effectively, and was able to move from enabling legislation to portal launch in a little more than one year.

The Alternative Investment Fund Managers Directive could be the next big regulatory challenge facing the industry. What is the government doing to make sure a suitable transition to a new regime is made possible with minimum disruption?

The Cayman Islands Monetary Authority (CIMA) has signed MOUs with the European regulators to enable the continued marketing of Cayman-domiciled funds in EU countries on a private placement basis. CIMA is now looking at a potential extension of the passporting system by the European Securities and Markets Authority to non-EU countries.

A working group has been established to examine how the regulatory framework for funds and fund managers needs to be adapted to meet the needs of funds that would like to market their units in the EU under a potential passporting regime. The working group is examining potential amendments to the Mutual Funds Law and the Securities Investments Business Law, including the creation of new regulations.

The proposed directors’ database and the possibility of capacity being managed in some way is a big concern for the industry. What is the government trying to achieve?

Government has a strong track record of consulting with industry on major initiatives, in order to ensure that we’re adhering to accepted and practised global initiatives and just as important, to ensure that we’re maintaining and enhancing business. These two principles must coexist for a jurisdiction to remain a leading international financial centre, well into the future.

As is our norm, we have asked industry for its views on the proposed directors’ database. They expressed their concerns, but the end result of our open and frank conversations is an agreement between government and industry that the database is necessary for Cayman’s reputation as a transparent jurisdiction.

It’s a regulatory response to global developments in corporate governance, and it will address investors’ increasing expectations of fund directors, with both outcomes boding well for business.

The debate over the proposed publicly accessible registry of private companies’ beneficial owners continues. Cayman is resisting its implementation but is that the end of the story?

Cayman’s methods for collecting, maintaining, and updating beneficial ownership information, through corporate service providers, has been in place for more than a decade. More important, it is in line with Financial Action Task Force (FATF) Recommendations 24 and 25, which were reaffirmed as the global standard in the G20’s High Level Principles on Beneficial Ownership Transparency, issued in November 2014.

Because Cayman’s methods already meet the global standard, it is unclear to us—and to others who are closely following developments—why we are being asked to change our system and perhaps more pointedly, why we are being asked to change it in the absence of a global mandate that has been developed and agreed by a supranational body such as the FATF.

With this in mind, I wouldn’t say that Cayman is resisting; rather, Cayman is questioning, which is entirely appropriate under the circumstances. We will continue to monitor and engage in developments, but our stated position is that we will adapt and move when there is a recognised global standard.

However, we will honour the pledge we made in our beneficial ownership consultation report, which was published in December 2014, to further strengthen our system in anticipation of evolving standards. To this end, we are monitoring global developments, such as the most recent text of the EU’s Fourth Anti-Money Laundering Directive, as approved by the EU Parliament in January this year.