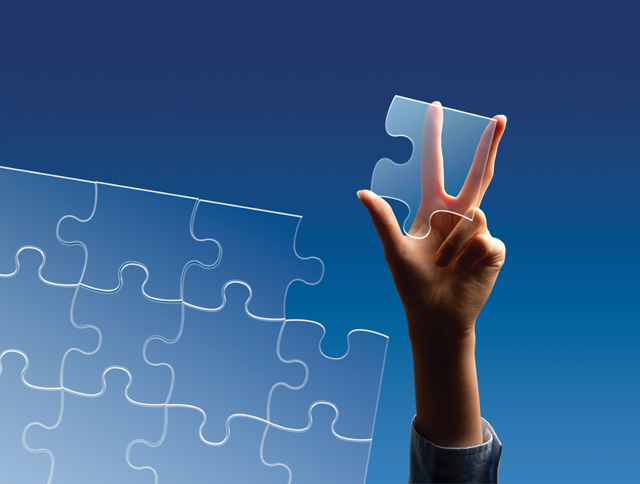 The Cayman Islands has recently been accused of lacking transparency. Cayman Funds asks whether these accusations are fair.

The financial crisis has led to several countries facing years of reduced public spending and austerity, leading governments, media outlets and focus groups to seek a scapegoat for their current misfortune.

As a result, the spotlight has fallen on offshore jurisdictions, such as the Cayman Islands, which are portrayed as opaque, secretive places that allow shadowy figures to amass large amounts of cash, well away from the prying eyes of the tax man. For example, in October 2011, a group called the Tax Justice Network (TJN) released what it called a ‘secrecy index’, which criticised Cayman about levels of transparency in the jurisdiction.

However, the results of the report were immediately called into question by the former chairman of the Cayman Islands Monetary Authority and a former senior partner of Maples and Calder, Tim Ridley, who raised concerns over whether the TJN had formulated its report in a suitably objective manner.

“Unfortunately the Tax Justice Network likes to act as prosecutor, judge and jury and sets the questions to come up with the answers it first thought of,” he says.

The report scores many of the world’s major financial centres badly in terms of what the TJN’s defines as ‘transparency’. Consequently, rather than being compared to a pre-existing precedent, the scores given in the report appear to be more a reflection of an ideal thought up by those collating it.

Additionally, the TJN’s jurisdiction report includes references to what the author purports to be Cayman’s ‘history’ as an ‘offshore pirate sanctuary’ several hundreds of years ago. This could suggest that the authors of the report may not have approached their analysis in a completely objective manner.

In Ridley’s opinion, this lack of objectivity means that the TJN’s reports cannot be taken seriously by responsible interests, especially in comparison to reports compiled by international agencies which, increasingly, tend to look on Cayman more favourably.

“Cayman’s legal framework makes information about owners available, accounting regulations are not too bad, and the competent authority has real power to access the information that it needs.”

“The TJN’s highly subjective reports are a world away from the very detailed, lengthy reports issued by international standard-setters such as the International Monetary Fund (IMF), the Financial Action Task Force (FATF), the International Organization of Securities Commissions (IOSCO) and the Organisation for Economic Cooperation and Development (OECD),” he says.Ridley points out that recent reports compiled by these organisations found that Cayman often meets, and exceeds, international standards on money laundering, terrorism financing, corruption and cross-border assistance in law enforcement and regulatory and tax information exchange.

On the latter point, the Cayman authorities have been keen to draw attention to the many tax information exchange agreements (TIEAs) that the jurisdiction has in place, allowing for the free exchange of tax information in instances such as criminal investigations. Richard Coles, chairman of Cayman Finance, said that he was frustrated that Cayman still faced accusations of secrecy, when the jurisdiction had so many current TIEA agreements.

“We have never had so many tax treaties with other jurisdictions,” he said. “Including a recent agreement with China, Cayman now has 27 TIEAs in place.”

Nevertheless, those with an axe to grind about offshore jurisdictions, such as campaigner Richard Murphy from Tax Research UK, criticise TIEA agreements, saying that they are still not rigorous enough.

Anthony B. Webster, a lawyer who has worked at Maples and Calder’s Hong Kong office since 2001, and who has 11 years’ experience of dealing with the Cayman Islands, disagrees. He believes that TIEAs are valuable, as demonstrated by the reaction of governments and financial regulators.

“Cayman’s first TIEA was signed with the US in 2001 and conforms to the model developed by the OECD Global Forum on Taxation,” he said.

“It has been endorsed by the G8 and G20 countries as reflecting ‘high standards of transparency and exchange of information for tax purposes’.”

Webster also points to comments made by the then-US Treasury secretary, Paul O’Neill, who commended the Cayman Islands for “emphatically demonstrating that those who seek to engage in tax evasion or other financial crimes are not welcome within its jurisdiction”.

“The following year, Treasury officials were reporting to the Senate that the agreement would be ‘an invaluable source of information to the IRS’,” said Webster.

“In light of such endorsements, it is simply not accurate to say these agreements are of little value.”

Pascal Saint-Amans, secretary of the Global Forum for Transparency and the Exchange of Information, and director of the Centre for Tax Policy and Administration at the OECD, agrees. He believes that, when compared to the situation back at the dawn of the financial crisis when no countries had agreed to implement TIEAs, the current situation marks a huge step forward.

“Back in 2008 and early 2009, most of the financial centres around the world had not yet committed to implementing these standards,” he says. “At the time, these standards were very controversial, because it meant a big change in ending bank and trust, which are covered under financial vehicles, secrecy.”

In terms of the OECD’s view of Cayman itself, in 2010 the organisation’s Peer Review Global Forum on Transparency and Exchange of Information identified that Cayman has “a well-developed legal and regulatory framework” and that “in respect of access to information, the competent authority of the Cayman Islands is invested with broad powers to gather relevant information”.

Then, last year, a report by the OECD found that changes introduced by the Cayman Islands demonstrated “its commitment to implementing the international standards for transparency and exchange of information”.

“Cayman is very supportive of the tax transparency agenda,” says Saint-Amans. “They have been reviewed by the global forum, along with 58 other countries. Cayman was among the first group of countries to be assessed and the report was published in September 2010.

“This report is pretty positive, showing that Cayman’s legal framework makes information about owners available, that accounting regulations are not too bad, and that the competent authority has real power to access the information that it needs. And, of course, they are also developing a network of TIEAs.

“So in terms of legal and regulatory frameworks, the Cayman Islands rank quite highly. We are also carrying out another assessment, Phase Two, which will look at the practical implementation of standards and the quality of information exchanged. This will be the real test.

“Cayman has also opted to be part of the automatic tax information exchange, which is part of the European Savings Directive. This all means that in terms of transparency, the Cayman Islands are actually pretty good.”

Webster also makes the point that it is Cayman’s good record on transparency—rather than secrecy—that makes it so attractive to businesses.

“Secrecy has never been the key motivator for reputable business coming to the Cayman Islands,” he said. “The presence—not the absence—of a robust and healthy compliance culture, with transparent laws and regulations and reliable legal and business infrastructure, are what have built the Cayman Islands’ success as an institutionally-focused, specialised financial centre.”

Webster points out that Cayman has been proactively and consistently engaging with other countries for many years now.

“The US government and the Cayman Islands entered into a mutual legal assistance treaty (MLAT) as long ago as 1986, which entered into force under US law in 1990,” he said. “The MLAT enables activities such as searches and seizures, immobilisation of assets, forfeiture and restitution, transfer of accused persons, and general criminal information exchange, including in relation to specified tax matters.

“Extradition from the Cayman Islands to the US is enabled under the UK’s United States of America Extradition Order of 1976 (as amended in 1986). Since the MLAT went into effect and through the end of 2007, the US Department of Justice told the US Government Accountability

Office that the US government has made more than 200 requests for information regarding criminal cases to the Cayman Islands.”

In the future, Webster believes that the authorities in Cayman will be keen to keep up their good work.

“I think these sorts of hard facts demonstrate the degree of commitment to transparency and the culture of cooperation by Cayman institutions and law enforcement bodies,” he says.

increasingly effective system of regulation’ and that ‘the overall compliance culture within Cayman is very strong, including the compliance culture relating to anti-money laundering obligations’. This position was reinforced by the IMF in their follow-up review and report issued in 2009.”