The state of the mutual fund industry 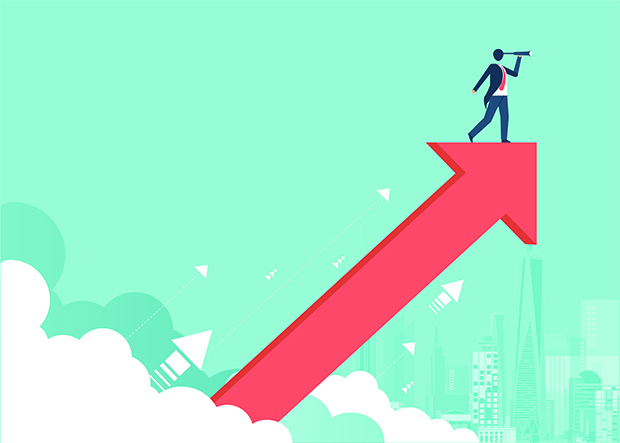 As Cayman Islands-regulated funds post solid growth numbers, Russell Burt, chairman of AIMA Cayman, reflects on a period of landmarks for the sector, including avoiding another blacklist.

Table 1 shows that the number of Cayman Islands regulated funds has increased for the first time since 2013. This is particularly pleasing given that it bucks the trend of increased regulation driven by the EU, OECD and FATF.

The trend may well be even greater given that this has been supported by an increase in private equity vehicles following fundraising records in 2017 and 2018, with 65 percent of managers predicting that their 2019 funds will be larger than those most recently raised, according to EY’s Global Alternative Fund Survey 2018. Hedge funds continue to lead the alternative asset space in the short to medium term, although asset allocations in this class have remained stable over recent years. Private equity is in the ascendance.

Increased demand for private equity seems to be derived by their willingness to offer new, customised solutions to investors which leads to improved, bespoke products being offered in response to changing investor demands.

Another shot in the arm for the jurisdiction is the recent news that Cayman has avoided the EU’s updated list of non-cooperative jurisdictions. While the confirmation that Cayman continues to conform to international standards is pleasing, it is not without a couple of notes of concern.

First, Bermuda was added to the list and more crucially, mutual funds will be an area of additional scrutiny with respect to economic substance requirements so again we are left with the feeling that there is more to come.

However, it is worthwhile pausing to reflect on the partnership between the government and private sector that has only strengthened through this arduous process. Cayman should be very proud of this.

The top two primary strategic priorities for managers are asset growth and talent management. Fundraising has never been as challenging or competitive for fund managers as investors’ demands for customised and outcome-specific products evolve and grow. Primarily, investors have demonstrated an increasing desire to influence the investment and operational decisions of the manager, according to EY. Fund managers are expanding their horizons with respect to next-generation talent, looking at those with capabilities suitable to the digital age. Investors agree.

As artificial intelligence (AI) and machine learning strategies (MLS) are further developed and improved, it is inevitable that managers will incorporate them into their investment and operational decision-making processes. Eighty-eight percent of managers predict that AI and MLS will be of greater importance by 2023, according to financial data provider Preqin in ‘The Future of Hedge Funds’.

Sixty percent of hedge fund managers either use, or expect to use, AI, versus 26 percent of those in private equity, EY reports, which indicates that hedge fund strategies may be better suited to use of AI and MLS over private equity. While 76 percent of investors believe that AI will be somewhat or critically important to support their investment process (according to the EY Global Alternative Fund Survey 2018) and one in four would pay more for a manager using AI, very few have been able to quantify the benefits of doing so.

Cryptocurrencies have had a turbulent year and their extremely high volatility means that managers and sophisticated investors will continue to remain sceptical of investment potential in the short to medium term.

Where funds are investing in cryptocurrencies, their preference is to invest in securities of companies whose primary activities relate to cryptocurrencies rather than the currencies themselves or products tied to their value.

Investors will continue their current trend of further diversifying their portfolios and developing their sophistication by increasing their exposure to illiquid strategies.

The total capital invested into private equity is expected to surpass that in hedge funds by 2023 to $4.9 trillion, a growth of 58 percent on current levels, according to Prequin, to become the largest alternative asset class. Total hedge fund capital is expected to grow by 31 percent to $4.7 trillion during the same period, which is the smallest growth in percentage terms of all alternative asset classes.

North America has long been the leading region for alternative asset investment, but more investors in Europe and Asia-Pacific are increasing their allocations to the space and emerging markets are becoming increasingly involved, with the Middle East primed to be the largest contributor of new capital.

A majority of managers predict that capital from Europe and Asia-Pacific will increase by 2023 but 42 percent believe that capital from North America will decrease, leading to a stabilisation or slight shrinkage in the number of active hedge funds.

Fund managers are of the view that changing investor preferences, regulatory risk, and talent attrition pose the greatest risks to the industry, which is broadly supported by investors although they have fewer concerns regarding regulation, EY reports.

How fund managers respond to these risks, particularly evolving investor demands for active partnership, and how they use AI to reduce operational cost will affect their ability to succeed in the future.