Going from strength to strength 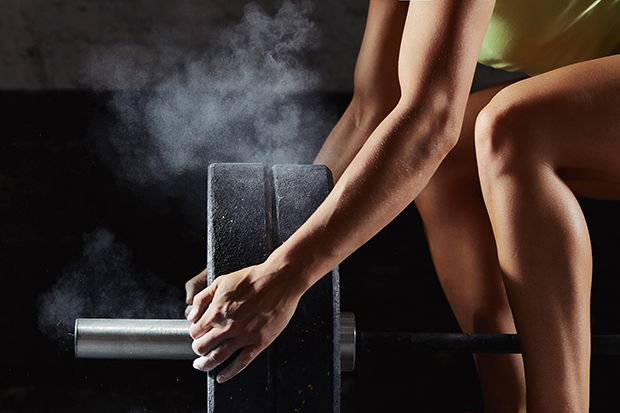 The influence of the Cayman Islands Directors Association continues to grow, representing a united voice for funds directors and playing a key role in consultations around regulation. Cassandra Powell, its president, tells Cayman Funds about its latest achievements and plans.

The Cayman Islands Directors Association (CIDA) celebrated its 10th anniversary in 2018. Cassandra Powell, a director at Harbour who has been CIDA’s president for the past three years, says the anniversary represents a significant landmark for the body that is increasingly finding its voice and influence in the funds sector in Cayman.

Founded in 2008, CIDA acts as the representative body for Cayman Islands-based professional directors. Powell says the association’s membership has grown steadily through a variety of initiatives.

“We continue to evolve and go from strength to strength and I feel we have really found our role on the island,” Powell says. “Our standing continues to be recognised; Industry, the regulator—the Cayman Islands Monetary Authority (CIMA)—and the government all increasingly understand the important role we play around education and consulting and advising on regulatory matters on behalf of our members.”

Powell says the organisation’s goal is to be the aggregating body for directors and the fiduciary industry in Cayman. Its membership has also diversified in recent years with directors from a wider cross-section of industry joining the body.

She notes that originally membership was primarily of directors within the alternative investments sector, but over the last several years, membership has expanded to directors from across the financial services sector.

“We represent good corporate governance in any sector,” she says.

She adds that CIDA now has more than 300 members, and she is comfortable the voice of the body is heard and taken seriously across the industry and at the highest levels of government.

With celebrating the 10-year anniversary, 2018 was a busy year for CIDA, Powell says. It was also a year in which many more regulatory changes were mooted, with the association assisting in consultation with the Cayman government and CIMA, as it continues to do.

Work continues on the Beneficial Ownership Regime, which came into force in 2017 and was revised later based on industry feedback; the Anti-Money Laundering (AML) Regulations; and the implications of the EU General Data Protection Regulation (GDPR) on how entities in Cayman operate and Cayman’s own data protection legislation. Top of the list at the moment, Powell says, is the debate around economic substance and what the potential implications of rules that will be issued by the OECD and the EU might be on the Cayman Islands.

“We have been involved in a number of working groups examining the situation and what that might mean for Cayman and various categories of business currently operating here,” she says. “We have also been heavily involved in the bedding in of AML rules in terms of what the changes mean, including the role of AML officers, which are now required.”

She adds that, given the increased clarity around AML rules applying to both regulated and unregulated entities, additional efforts are now required to ensure unregulated entities are compliant.“Given the continued international focus, we expect that further changes to CIMA’s oversight of the unregulated space will occur; matters are still developing in this area,” she says.

She stresses that although entities might be classed as “unregulated” in Cayman, they are often managed by entities that are regulated in other jurisdictions and have service providers often regulated in another domicile that monitor them also.

“Between those factors and the fact that AML officers are now accountable, these products are pretty well scrutinised already,” she explains.

“Every country in the world is going through a similar process on regulatory oversight,” Powell says. “When we talk to investors, they understand that Cayman is very much in line with that. We need to satisfy global regulatory standards but in a way that is right for us.

“Through our involvement in industry and consultation, CIDA plays a key role in helping achieve that balance.”

In previous years, CIDA has also advised on a number of key legislative initiatives including amendments to the Limited Liability Companies Bill 2015, which was tweaked in 2016; the Directors Registration and Licencing Law (DRLL), which was very relevant to the interests of CIDA’s members; and the future shape of the EU Alternative Investment Fund Managers Directive (AIFMD).

Powell says CIDA is very purposeful. It understands the value of numerous stakeholders having a say in regulatory changes and plays a full part in this process.

“The level of consultation here is much higher than in most jurisdictions and that is a good thing,” she says.

CIDA staged a number of educational events last year on topics including understanding the hedge fund audit process, and the new administrative monetary penalties (AMP) regime, while also running the Directors Accreditation Course, which Powell says continues to be very popular. By teaming up with the Chartered Secretaries Canada, a division of the Institute of Chartered Secretaries and Administrators (ICSA)—the international professional body for chartered secretaries—CIDA offers an accreditation course in Cayman that professionals would normally have to travel to Canada to complete.
“Our membership has been growing rapidly and we have increasingly found our voice when it comes to the issues facing the industry and areas where we feel the views of our members should be heard,” she says.

CIDA is an honorary member of Cayman Finance and sits on a number of working groups which include representatives from government and the regulator.

Powell says the momentum of CIDA is still building. The association instilled a new Executive Committee at the end of 2018 and she expects a further growth in membership in 2019, and states it will be an even better year in terms of events for the body.

CIDA is an association of individuals resident in the Cayman Islands who hold office as directors of one or more Cayman-registered companies.

Cassandra Powell is a director at Harbour and the president of CIDA. She can be contacted at: cpowell@harbour.ky