The impact of a public register 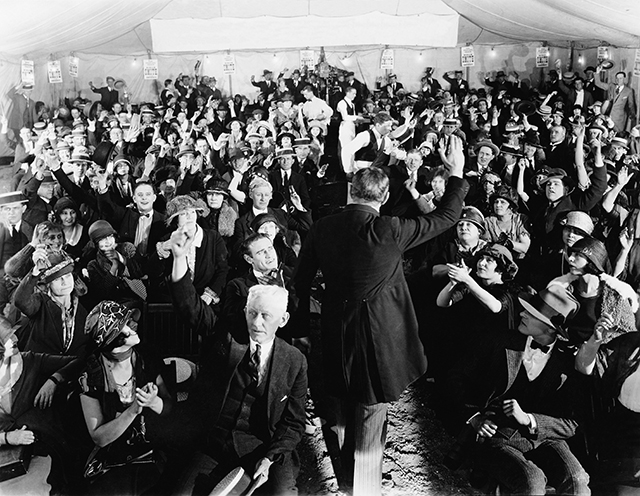 The plan floated by the UK government to introduce a centralised and public register of beneficial ownership for UK companies, while encouraging its overseas territories and crown dependencies to do the same, is a sensitive issue with wide implications, as Sharon Williams from U.S. Bancorp Fund Services explains.

Stemming from an announcement made by UK Prime Minister David Cameron at a G8 Summit in 2013, the UK has plans to introduce a centralised and public register of beneficial ownership for UK companies, and has been encouraging its overseas territories and crown dependencies to do the same.

"Agreeing to the UK’s request for a public register if our competitors around the world do not, may put the jurisdiction at a distinct disadvantage, potentially damaging our financial economy."

The goal of these programmes is to create greater transparency and a shared understanding of who really owns and controls companies. The Cayman Islands government agrees that transparency is important for a well-regulated jurisdiction on both a local and global scale. In addition to combating financial crimes, transparency protects investors and public revenue, generates public trust in the integrity of systems, and increases confidence in the stability of the jurisdiction. The Cayman Islands government believes transparency of ownership has been, and can continue to be, achieved through alternate measures.

Following the announcement of the UK’s plans to create a centralised public register of company ownership, the Ministry of Financial Services and Commerce of the Cayman Islands circulated a consultation paper in November 2013 to various committees and companies in the financial sector.

After careful consideration, the majority of the industry and sector groups rejected the idea that the Cayman Islands requires a central register with public access. While the Cayman Islands fully supports the global agenda of preventing tax evasion, the Cayman Islands government has issued a report stating that it will not bend to the UK’s wish for a public registry and that the Cayman Islands will continue its already effective beneficial ownership documentation structure, which is an acceptable practice under the Financial Action Task Force (FATF) recommendations.

“In particular, countries that have legal persons that are able to issue bearer shares or bearer share warrants, or which allow nominee shareholders or nominee directors, should take effective measures to ensure that they are not misused for money laundering or terrorist financing. Countries should consider measures to facilitate access to beneficial ownership and control information by financial institutions and Designated Non-Financial Businesses and Professions undertaking the requirements set out in Recommendations 10 and 22.”

Once the identification procedures have been completed and the client relationship has been established, a financial services provider is required to oversee not only the account, but the business relationship. The provider helps review activities and ensures that they are in line with the nature of the business that was initially disclosed at the time the account was opened and the relationship formed.

According to the Guidance Notes: “The relevancy of the documentation underlying the Financial Services Provider’s records will be determined according to circumstances of the client, the nature and risk of the transaction or relationship. Particular attention should be paid to higher risk categories of customers and business relationships. In circumstances where customer documentation standards change substantially or there have been significant changes in the business relationship, financial services providers should use these as opportunities to update records.”

Opportunities may include, but are not limited to, the following:

• Significant increases in a customer’s salary being deposited;

• The stated turnover or activity of a corporate client increases;

• A person has just been designated as a politically exposed person (PEP); or

• Changes in the nature, volume or size of transactions.

These Guidance Notes were created without being requested by any organisation or country as a proactive measure, knowing the reputation of this jurisdiction is of paramount importance.

It is also worth noting that the Cayman Islands was rated “compliant” with the Caribbean Financial Action Task Force since 2007 and again by the International Monetary Fund in 2009. The Cayman Islands government has cooperated with the OECD, FATF, IMF and through bilateral information exchange agreements with the governments of many onshore G20 jurisdictions (including US and the UK). Since 2009 the Cayman Islands has also been a member of the OECD’s Global Forum Steering Group and Peer Review Group.

The Cayman Islands has been recognised as a leader on global transparency issues. In November 2014, the Cayman Islands took a significant step against global tax evasion, joining more than 50 countries and jurisdictions in signing the Multilateral Competent Authority Agreement (MCAA) developed by the OECD in cooperation with the G20 countries. The Cayman Islands was one of the more than 50 “early adopters” to begin the automatic exchange of information in 2017.

In contrast, agreeing to the UK’s request for a public register if our competitors around the world do not, may put the jurisdiction at a distinct disadvantage, potentially damaging our financial economy.

Cayman Finance CEO Jude Scott said: “The changes that were being insisted upon were unreasonable and went far beyond globally accepted practices which would only serve to create unfair and unnecessary disadvantage and damage to Cayman’s financial services industry.” The system is sufficiently robust to enable all the relevant authorities to access the information on an as and when basis.

While the UK government has said it will allow each territory to make a decision on how it will comply with the increasing demands from the OECD for transparency in the global financial sector, international standards may shift in the future, and eventually force a more open regime worldwide. While a public register may improve transparency over ownership, it is certain that the cost of having to implement such a central registry would be substantial.

Today, the Cayman Islands has an extensive framework of service providers and a regulator (CIMA) that is making the right moves to support the industry. As with any regulatory change, remaining educated and having a knowledgeable and trusted administrator allows managers and funds to stay current on such industry trends and regulatory updates.