The first decade and beyond 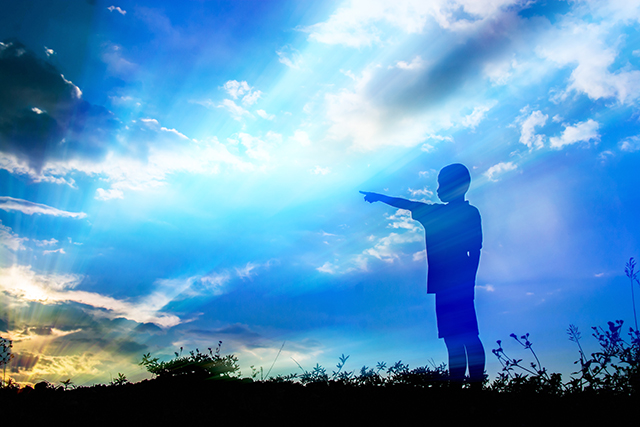 Hedge Funds Care Cayman has done a lot of good work since it was formed 10 years ago. Here, a number of those closely involved with the charity describe its achievements and what it hopes to achieve in the future.

Hedge Funds Care Cayman (HFC Cayman) has come a long way in the last 10 years in its support of preventing and treating child abuse in Cayman. Geoff Ruddick, chairman of HFC Cayman, acknowledged at its 10th Annual Gala Dinner that a lot has been achieved since inception, but much more remains to be done.

"The support shown at our Stakeholders Meeting has helped to further strengthen collaboration between the various agencies and we are very excited to continue to work in partnership with them."

“Through my involvement with HFC I have come to understand how vulnerable children are, and the long-term consequences that abuse may have in continuing pain, lost opportunity, and patterns of harm that can last for generations,” he said.

“Through the work of HFC Cayman we have made an important difference. All the agencies supported by HFC Cayman are working together to improve reporting of child abuse and services for victims.”

This year, the Annual Gala Dinner was held at the Ritz Carlton with a “Diamond Decade” theme in recognition of the 10-year anniversary. The event was attended by many of Cayman’s dignitaries and a very healthy representation from Cayman’s hedge fund industry.

Also in attendance was Dr Kathryn Conroy, executive director and CEO of HFC Global. Her message thanked the HFC Cayman leadership, the committees and those attending the event. “Without all of you there would be no HFC Cayman, no grants to organisations to do the work of preventing and treating child abuse and no families and children rescued from the harm of intimate violence.”

Nicholas Butcher, co-chair of the Committee of Hearts—the committee tasked with organising the event—was delighted with the attendance at the 10th anniversary event. “The support this year for our annual fundraiser was phenomenal. We saw a record number of organisations within the industry come out and support us in our efforts to raise as much money as possible for HFC Cayman.

“The efforts of the committee and those in attendance resulted in excess of $275,000 being raised. All proceeds available for distribution by way of grants will be put to use in the Cayman Islands,” Butcher said.

One of the additional initiatives organised by HFC Cayman for its 10th anniversary year was to hold an inaugural ‘Stakeholders Meeting’ with various agencies, including representatives from central government, law enforcement, health, education, non-governmental charitable health organisations and private wellness practitioners.

Dr Bart Grossman, a child welfare expert from the University of Berkley and HFC Cayman’s academic consultant, led the Stakeholders Meeting, outlining some of the many achievements made by the organisation in its first 10 years.

“After a decade HFC Cayman is working with most of the key agencies that work on child abuse prevention and treatment and they are all working with each other more effectively than ever before,” said Grossman during his presentation of the history of grants over the 10 years to the various Cayman agencies, all of which were represented at the Stakeholders Meeting.

The purpose of the meeting was to identify gaps in Cayman’s child welfare system and to suggest priorities for future funding and collaboration.

Attendees were placed in small working groups and asked to imagine a greatly improved system of care five years hence and identify what services and programmes needed to be added or strengthened in this more effective system. Each group worked on presenting five suggestions for system improvements.

“The support shown at our Stakeholders Meeting has helped to further strengthen collaboration between the various agencies and we are very excited to continue to work in partnership with them to address the notable themes that emerged from the suggestions put forward at the meeting,” said Ruddick.

Butcher added: “The findings will help us prioritise and direct future funding to enhance and develop further the services related to child abuse in Cayman.”

It is the responsibility of the Grant Committee to oversee the grant-making process and distribution of funds.

“We undertake a rigorous evaluation and due diligence process on all potential grantees before any money is granted,” stated Cindy Hislop, co-chair of the Grant Committee.

“In every branch and affiliate, HFC hires an academic consultant who is a child welfare expert in that area and we are fortunate to have Bart Grossman who has been with us from the outset in Cayman.”

The academic consultant trains the Grant Committee, made up of staff and volunteers, and carefully vets every grantee to ensure that they are targeting child abuse and neglect in the most effective way. Grantees provide detailed periodic reports on how funds are used and each organisation receives an annual evaluative site visit.

“The 2015 grant cycle is already underway and should be concluded by the end of April with a press release to follow shortly thereafter to announce who the grantees will be,” said Hislop.

In 2014 the charity extended over $300,000 in funding to seven programmes and projects in the Cayman Islands, all of which are working to prevent or treat child abuse and neglect.

The beneficiaries of the funding were:

HFC Cayman is part of HFC/Help for Children, an international charity supported largely by the hedge fund industry. It has branches and affiliates in the US, Canada, the Cayman Islands, the UK, Ireland and Hong Kong.

The sole mission of HFC is to support efforts to prevent and treat child abuse. HFC’s grantees provide services to children of all ages and span the spectrum from prevention, education (primary prevention), and advocacy to therapeutic services for abused children. HFC generally funds small, community-based organisations, where small grants can have a profound impact.

Since inception, the charity has awarded more than 1,100 grants globally totalling more than $40 million. In Cayman alone, since its inception in 2005, HFC Cayman has awarded 50 grants totalling over $2.1 million. All net proceeds raised in Cayman stay in Cayman and go towards programmes and initiatives in the Cayman Islands.