Staying on the right side of regulators 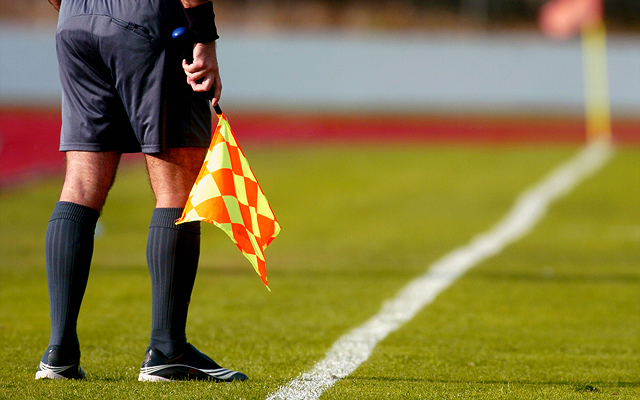 Non-executive directors of regulated Cayman Islands companies, especially those not resident on the islands, should be paying keen attention to the changes being made in the local regulatory landscape, as Simone Proctor explains.

Triggered in part by the outcome of the Weavering Macro Fixed Income Fund case and by increasing international momentum to improve accountability and transparency, the regulatory landscape in the Cayman Islands is in transition. A natural human reaction to change is resistance, but some change is good and worth embracing.

The Cayman Islands Monetary Authority (CIMA) is the local financial services regulator. CIMA regulates the conduct of banking business, investment funds, insurance, corporate services, trusts, and securities business among others, and directors of a regulated entity should by now be aware that they are in the authority’s direct line of sight.

Unlike others, CIMA is not an intrusive, clanking machine that would take a sledgehammer to a problem a hairpin could resolve. Rather, from observation, its approach is measured and enforcement action, when deemed necessary, is proportionate. The authority also appears to recognise that directors should be allowed a certain amount of flexibility to manage their companies and steer them towards profitability.

The question becomes, is there an awareness of the obligations which arise for a director as a consequence of being a director of a regulated entity?

Quite apart from any fiduciary duty owed to the company, a director has certain obligations to CIMA if its company is also regulated. Across the spectrum, investors and shareholders have become increasingly interested in the risk assessment and regulatory processes, and many are demanding more transparency on regulatory compliance via side letters and other arrangements with companies.

Directors are therefore expected to ensure not only that implemented policies and procedures are suitable to their regulated business lines, but that they themselves meet CIMA’s minimum expectations in respect of the conduct of business and governance of their regulated entities.

CIMA has recently published industry-specific corporate governance guidance aimed at operators (including directors) of regulated investment funds, and has since signalled its intention to test compliance through the formal process of on-site inspections. Following an inspection, CIMA’s report will typically highlight which, if any, areas of operation are deficient or non-compliant, and set out a timetable for remedial measures to be taken.

In dealing with CIMA, directors are expected to be honest, open and transparent, disclosing any matters which could materially prejudice the financial soundness of their regulated entities, or which represent any non-compliance with law and regulations.
Entities licensed by CIMA have a well established regulatory reporting regime to comply with, while traditionally, there has been a ‘light touch’ approach to those who are mere registrants.

Differing views on self reporting have emerged, with some overseas commentators asserting, hopefully based only on their experiences elsewhere, that there really is no benefit to cooperating with regulators, and that it is an “incredibly distracting and time-consuming exercise”. However, CIMA’s guidance is clear: where a director is “uncertain as to whether it should communicate information, it should be prudent and diligent and communicate that information”.

Directors of companies regulated by CIMA may wish to think carefully about their approach and overall relationship with the authority. Cooperation and responsiveness should be the very minimum standard afforded to the Cayman Islands regulator.

Even where there is access to in-house counsel, if there is suspicion or knowledge of a regulatory or legal breach it would be advisable for directors to seek local Cayman counsel’s advice before taking a decision as to how best to proceed.

"Even where there is access to in-house counsel, if there is suspicion or knowledge of a regulatory or legal breach it would be advisable for directors to seek local Cayman counsel’s advice."

Too many decisions, operational, governance or otherwise continue to be made without reference to complying with Cayman Islands law and regulations.

While CIMA’s current range of enforcement powers may not appear impressive, and the idea of a fine of $5,000 or even $100,000 and/or a year in prison may be laughable to some, directors should seriously consider the implications of regulatory censure.

Any enforcement action against a company, or a director specifically, may trigger a legal obligation to report in another jurisdiction in which either the company does business, or the individual director has similar appointments. Contractual arrangements may also dictate that such censure be disclosed to the boards of any other company that the relevant director may sit on, while in other cases, enforcement action by CIMA may automatically disqualify a director from carrying out directorship services for financial institutions in other jurisdictions.

The bottom line is to know that, quite apart from any claim for breach of a fiduciary duty owed to the company, there are consequences for non-compliance with law and regulation for directors of regulated entities in the Cayman Islands.

In a review of its activities, and as a result of market developments, CIMA has discerned that it has some tools missing from its supervisor’s toolbox with respect to the regulation and supervision of directors of investment funds and companies registered with CIMA under certain exemptions in the legislation which deals with the conduct of securities investment business. The authority is at the early stages of the development of a registration and licensing regime for directors of such entities.

It is hoped that at every stage, careful analysis will be carried out so as to maintain the appropriate balance of financial services regulation in the Cayman Islands. Any further rules, guidance, policies or legal requirements must serve the main purpose of enhancing CIMA’s ability to promote and maintain a well regulated financial services industry in the Cayman Islands and appropriate levels of investor protection, while at the same time not stifling the sector’s ability to innovate and grow.

The new proposals will make their way through the legislative process and industry consultation within the coming months, and from all accounts the timetable is fairly aggressive. Directors, including all non-resident directors, should invest in understanding the implications of these and other recent regulatory developments.

Simone Proctor is a member of Solomon Harris’ corporate department and head of the Regulatory and Compliance Group, having joined the firm as an associate in October 2010. During her early career, she advised the Central Bank of Guyana on a wide range of financial services and regulatory matters. In 2000 she joined Shearman & Sterling’s New York offices as an international associate and while in New York, was involved in a wide range of high value corporate and project finance transactions on behalf of various multinational corporate clients. She is a member of the Chartered Institute for Securities & Investment in the UK, and an attorney-at-law of the Grand Court of The Cayman Islands. She can be contacted at: sproctor@solomonharris.com