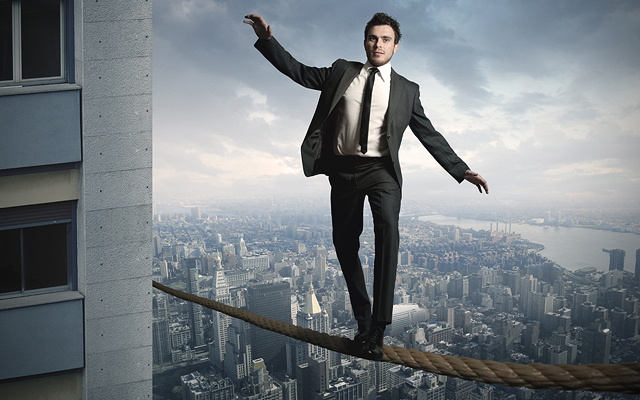 Although a number of regulatory changes are on the way, they also bring opportunities. Philip Griffiths discusses the offshore fund industry and the Cayman Islands’ position as a favoured jurisdiction.

By their very nature, offshore jurisdictions tend to be island-based countries with small populations and low or no tax regimes. The Cayman Islands are no different in this regard and the realities of this scenario are that income from fund registrations and licensing fees placed on financial institutions that service the local fund industry are a very important source of income for the government.

As funds are a vital source of income, offshore jurisdictions need to ensure that the local fund industry is properly regulated, the laws governing investment fund activities are clear and the regulatory infrastructure is in place and well resourced.

The Cayman Islands has built a very robust fund services industry that the government supports with pragmatic fund legislation, which is one of the key benefits investment mangers can rely upon when managing Cayman funds. Combine this with the Caribbean’s lead financial regulator—the Cayman Islands Monetary Authority (CIMA)—and the Cayman Islands’ award-winning service providers, and the benefits are clear, multilayered and substantial.

These factors underpin the platform that investment managers need to pursue alternative investment strategies while considering sophisticated investor demands. This is effected without the drag of well meant, but in many instances, misplaced regulations that populate onshore fund legislation.

Additionally, the offshore centres enable investment managers and investors to benefit from tax-free, or low-taxed, growth with individual investors generally meeting their personal taxation obligations when their investments are redeemed.

Many offshore centres have excellent, specialist service providers but this is particularly the case in the Cayman Islands. These providers facilitate the smooth running of the fund industry with outstanding service creating the efficiencies that can be achieved while working in the same time zone and being located in one centre.

"These providers facilitate the smooth running of the fund industry with outstanding service creating the efficiencies that can be achieved while working in the same time zone."

CIMA is acknowledged as the Caribbean’s leading financial regulator with a sensible approach to financial regulation and a reputation of ‘working with’ industry to achieve desired outcomes. The government also supports the funds industry by passing appropriate legislation in a timely manner.

Political and economic stability are also important factors in choice of a funds domicile, and the Cayman Islands has a sovereign debt rating of Aaa from Moody’s Investors Service and Aa3 by Fitch. It is the combination of these factors that gives the Cayman Islands the edge over other offshore centres.

As perhaps depicted in some Hollywood films and encouraged by many senior politicians looking for populist support, it is often said or intimated that there is a lack of transparency and that Cayman is a very secretive place.

In fact, nothing could be further from the truth. The Cayman Islands has very rigid anti money-laundering (AML) requirements to help stop the flow of money from proceeds of crime and has signed more than 30 tax information exchange agreements (TIEAs) with countries all over the globe including the US, UK, Germany, France and Italy. These TIEAs allow for proper investigation by authorities that have a valid reason for requiring such information.

The financial information of individuals and private companies is of course confidential, but if another country suspects its laws have been broken and money is being either laundered or hidden from their tax collection authorities then, provided the agreed protocols are followed, the Cayman Islands authorities will assist in providing required information.

As regulations change, it is inevitable that some companies will want to hedge their bets by opening onshore funds—no-one can blame them for this. Europe now has the Alternative Investment Fund Managers Directive (AIFMD) which Cayman has embraced by passing legislation allowing Cayman funds to become fully compliant; the only barrier to Cayman funds competing today is a protectionist European rule to give onshore funds a two-year head start before Cayman funds are allowed to qualify.

It is notable, however, that there seems to be a degree of uncertainty surrounding the AIFMD legislation, with a significant number of European states still waiting to successfully transpose the new regulatory regime for alternative investment funds into national law.

It appears that the legislation will be adopted over time and while the effects will be detrimental in terms of costs and uncertainty of regulation, there will undoubtedly be investment managers who will want to open AIFMD-compliant funds.

At this stage there does not appear to be a ‘herd mentality’ move in this direction and, given that the latest memorandum of understanding (MOU) signed between CIMA and Finanzmarktauficht of Austria brings the number of similar MOUs between CIMA and other European regulators to 26, it seems the way has been paved for the marketing of Cayman Islands funds across Europe, although it is likely that many will adopt a wait-and-see strategy.

Another hurdle to the industry is the Foreign Account Tax Compliance Act (FATCA), a US government initiative to bring US taxpayers with undeclared foreign bank accounts to order.

This has been much discussed and criticised but once again the Cayman Islands government has seized the opportunity to comply and on August 13, 2012, it concluded negotiations with the US government on a Model 1 inter-governmental agreement (IGA) and a new TIEA. Now that it has signed tax agreements with countries in Europe and Asia as well as the US, it is hard to imagine that the Cayman Islands can be more accommodating or cooperative; it has put itself in the best position to remain competitive in these markets.

The Cayman Islands will remain the leading domicile for offshore funds in the future and, apart from the reasons highlighted already, there is a growing market for offshore funds outside of the US and Europe. The JP Funds Group is seeing significant and growing business from South East and Central Asia, Australasia and South America. While these regions may not be regarded as the traditional markets for Cayman funds they are part of the changing landscape of the offshore market and should not be ignored.

The Cayman Islands has a team spirit that is hard to replicate in large onshore locations and this spirit will be key to ensuring that the country will remain at the forefront of the funds industry.