NAVs made in paradise 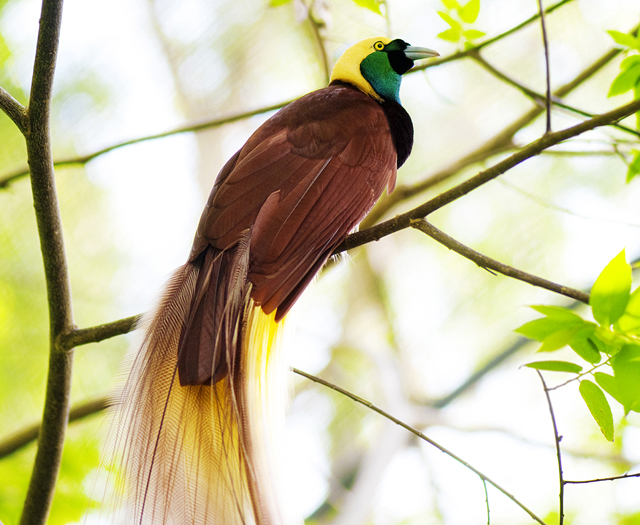 Though rarely in the spotlight, fund administration fulfils a vital role in the Cayman funds industry. Darren Stainrod examines the ebb and flow of the industry’s role in the funds world and the profession’s deep roots in the Cayman Islands.

Fund administration may not be at the glamour end of the industry. Long hours at the coal face, complex valuations to validate, numerous share classes to create then roll up, switch, transfer and redeem, fruitless anti-money laundering requirements—how many times can you ask for the same certificate of incorporation, certified by a notary and apostilled for good measure by the governor’s office? Add ever-increasing reporting requirements for ever-decreasing fees and, best of all, you get to do it all again next month.

Did anyone ever win a Nobel Prize for creative accounting or an industry award for the best NAV (net asset value) of the year? No, you just get yelled at if the NAV goes out an hour late (even if you worked until 2am because the broker statements weren’t available until that day due to a Nordic Vortex in New York).

But do all this from a dark room in Cayman and your US clients and friends back home all think you have a dream job (even if you haven’t seen daylight in six months).

And so it was during the 1990s and early to mid-2000s that armies of accountants from all over the world would navigate to Cayman via the large audit firms and then defect over to the administration firms when they realised that they wanted to stay in this tax-free sunny paradise.

The chances of making it to audit partner were slim and none and so the inevitable move after two years was from audit to fund administration. But the joy of escaping from audit was often short-lived and a growing realisation would descend that the dreaded annual busy season was now replaced with an equally intense experience—but on a monthly basis. And in those early days, with a shedload of manual processes, you had better know your spreadsheets.

The fund administration industry thrived as the hedge fund world prospered and investors demanded third party administrators. Office space was at a premium and companies started to move out of the centre of Georgetown. There was an annual scramble to grab the best audit seniors once they had finished their tour of duty and completed their second busy season.

The accountants started to outnumber the other professions and even beat the lawyers in the annual lawyers v accountants cricket match that they had not previously won. As the global economy recovered from the bursting of the tech bubble, and then thrived throughout the mid-2000s, the talent pool provided by the audit firms (who themselves were booming and promoting more audit seniors) could not keep up with the demand from the Cayman fund administration industry; several recruitment agencies sprung up to fill the gap.

As the audit firms and recruitment agencies ran out of candidates from the usual sources of England, Ireland, the US and Canada they started to look further afield and the demographic make-up of the industry morphed into a truly global profile. At one stage my prior employer had 100 expat accountants from 30 different countries.

Then, slowly, it all started to change. As with many evolutions there was no single catalyst but a number of contributing factors. The Cayman funds industry was built with open architecture so there was never a requirement for Cayman-based service providers. Even today the only function that must be performed in Cayman, other than those that establish the fund’s jurisdiction such as the registered office and the Cayman Islands Monetary Authority (CIMA) licence, is the audit sign-off. However, the manager would historically have the administration, audit and offshore legal advice performed from Cayman.

This changed and probably just as well, as I am not sure there was room here for the 10,000+ people now servicing Cayman funds from outside the Islands. Certainly the squeeze on resources was a contributing factor, as was the repeal of the 10 commandments which allowed services to be provided from the US.

The slow pace of the Cayman immigration authorities as they struggled at times to keep up with the flood of applications was an issue and, coupled with the ever-increasing cost of work permits and infrastructure, meant that administration shops started to consider cheaper alternatives in locations with more capacity to grow.

Business development agencies at some of these locations, mostly in Canada, saw the opportunity and sent teams to Cayman and head offices of the larger administration firms offering tax breaks, relocation assistance and other incentives to move staff to their provinces.

This was compounded by the events of hurricane Ivan in September 2004. Although most businesses were open again in Cayman within a week those with daily processes had to invoke their back-up plans and operate from elsewhere during that week. And, although most businesses recovered quickly there was insufficient housing left for staff to stay in (90 percent having being damaged), even when they shared the few lightly damaged residences that were lucky enough to have electricity and water.

For a few months at least the larger administration firms had to move people to their other offices. This also triggered a more permanent move of some people and processes to other locations. The gradual transition that ensued was greatly facilitated by ongoing advancements in technology platforms, especially communications, which connected previously isolated locations into single global operating platforms. This allowed administrators to develop processes that ‘followed the sun’, arbitraging time zones to deliver files fully reconciled and priced during the night and from parts of the world with much lower operating costs.

Many administrators have kept some of their functions, such as investor relations and corporate services, in Cayman. Indeed, some of the firms still provide full NAVs from Cayman for clients that want their full service model based here. The quality of local staff, many with decades of hedge fund experience, coupled with the high concentration of qualified accountants from overseas, means that Cayman firms are able to combine global technology platforms with service levels hard to match elsewhere.

This is a factor helped by the low turnover rates enjoyed by local firms which, in turn, has created a specialisation in Cayman for servicing particular products where automation of all processes is not possible and a higher level of personal touch is needed.

"In particular fund of funds, private equity and some of the more esoteric single manager strategies fit well to the Cayman model."

In particular fund of funds, private equity and some of the more esoteric single manager strategies fit well to the Cayman model. There have been some attempts to move these to lower cost locations, but while this can work well for more mainstream funds there have been some horror stories of fund of funds being outsourced to non-English speaking locations with no history in the hedge fund industry.

Also, while automation of some of the fund of fund and private equity world has been achieved there are still many manual interventions required where an experienced and qualified accountant can add value and help to avoid costly errors. The advantages of the service level can be further leveraged in Cayman where investor relations can sit alongside NAV teams, custody, trading and banking, thus improving communication between the teams.

Recognising these advantages, some administrators have taken this a step further and even created teams that handle all aspects of the client relationship from one dedicated and well coordinated team. Combined with the right technology and automation and centralisation of those processes that are generic this can be a powerful model that allows the qualified team members to focus on the more complex issues and ensuring that bespoke transactions are dealt with expertly.

It is this type of specialisation and targeted business model that has helped retain a certain amount of the administration business in Cayman as the industry became commoditised, globalised and largely left its shores.

Unfortunately the parts of the industry that benefit most from this model are private equity (where a third party administrator is rarely used by US managers) and fund of funds (which are struggling to prosper as the current trend is for the large institutional investors to re-intermediate the selection process for their alternative investments).

However, despite these challenges, there are still more than 400 people in Cayman working in the administration industry and the Cayman Island Fund Administrators Association still has 30 full and nine associate member firms. The lawyers may once again be the heavy favourites to win the annual cricket match against the accountants but we can rustle up a team, and there are still some NAVs that are made in paradise.

Darren Stainrod is the chairman of the Cayman Islands Fund Administrators Association, the treasurer of AIMA’s Cayman chapter and a director of HighWater, a company that provides independent directors and related services to the alternative investment industry. He has more than 25 years of investment industry experience, including 21 years offshore. He can be contacted at: darren@highwater.ky