Laying down the law: Cayman cases 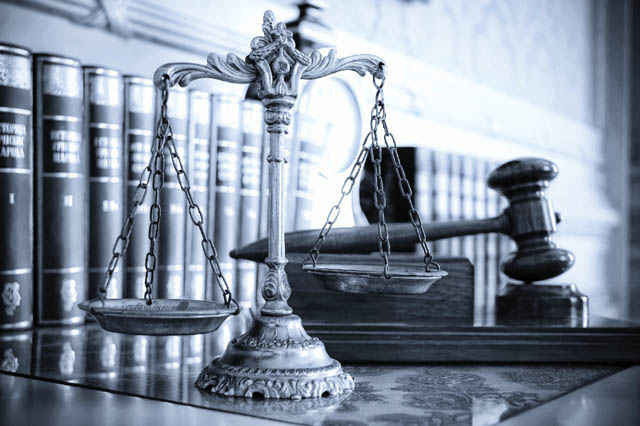 One of Cayman’s major advantages as a jurisdiction for funds is the predictability and solidity of its legal system. Matt Mulry looks back at the year in law.

What were the key developments in Cayman case law in 2012, in terms of the funds industry? What implications do they have for business?

In FIA Leveraged Fund the Grand Court of the Cayman Islands gave tacit support for the practice of a fund forming a special purpose vehicle in order to distribute its shares in kind in satisfaction of the redemption payments due to redeeming shareholders provided that the assets used to capitalise the vehicle have a proper commercial value equivalent to the redemption debt.

In ABC Company (SPC) v J & Co Ltd the Cayman Court of Appeal confirmed that the insolvency of one segregated portfolio of a Cayman segregated portfolio company (SPC) will not impact its other segregated portfolios so as to require a winding up order to be made over the SPC as a whole. This case also opened the doors for an extension of the principles set out in Belmont Asset Based Lending Limited, which established that a soft wind-down required express provision in the fund’s offering documents. In this case the Court of Appeal determined that risk warnings that illiquidity could prevent redemptions and the disclosure that its directors could suspended redemptions at their discretion meant that the suspension of redemptions was in the reasonable expectation of the shareholders of the fund.

The boardroom has continued to be a focus for Cayman funds litigation, with Renova v Gilbertson affirming the common law fiduciary duties of directors of a private equity fund. The Cayman court reiterated the duty of a director of a Cayman company to act in accordance with fundamental principles of loyalty and good faith in his or her dealings with the company, including the duty not to exploit an opportunity for him/herself without the fully informed and express consent of the company. This case also demonstrated the Cayman courts’ willingness to allow a derivative action to be taken by the shareholders of a Cayman fund in the name of their fund and against its directors where appropriate.

What effect has the Weavering case had, and do you expect the higher court to back the decision?

Weavering explored the nature of the supervisory role of independent non-executive fund directors and has had a significant impact on the fund industry globally, with many regulatory bodies approving the views of Justice Jones and incorporating the principles espoused in his judgment into their codes and guidelines.

While the focus of the case was the liability of the fund’s directors, its impact was as a result of the helpful guidance which has received acknowledgement and support from the UK courts. Whether or not the current appeal in the case succeeds is unlikely to diminish the relevance of Justice Jones’ analysis of the fund director’s role.

Are there new rules and regulations on the horizon which you expect to have an effect on legal practice in the Cayman Islands?

Additions have been proposed to the existing Cayman Islands corporate governance code. The proposals involve the extension of the regulatory approval process for directors of licensed entities to institutionally focused hedge funds. It is also proposed that the Cayman Islands Monetary Authority (CIMA) will publish the names of the directors of each registered fund online, on a fund by fund basis.

All directors of a registered fund may also be required to register with CIMA and disclose to CIMA their roles, experience and regulatory histories. A limit has also been proposed on the number of directorships which may be taken up by a director of a registered fund, although the general feeling in the industry is that a fixed number is unlikely to be imposed.

The Mutual Funds Law (Revised) has been amended to require the registration of master funds, bringing them within the supervisory authority of CIMA.

The Arbitration Law (Revised) has undergone some modernisation in the last year to bring the law more in line with international best practice in arbitration, with a view to promoting Cayman as a jurisdiction for the confidential resolution of disputes in a neutral offshore venue.

What are the strengths and weaknesses of Cayman as a legal jurisdiction? How does it compare to other offshore jurisdictions?

Cayman’s strengths come from its focus on the institutional hedge funds industry, which has persisted for more than 20 years and has made Cayman the go-to jurisdiction for funds-targeted sophisticated and institutional investors. Cayman’s reputation as a market leader in offshore hedge funds and the expertise of its judiciary, regulator and service providers has kept, and will continue to keep, it ahead of its competitor jurisdictions.

What would you like to see in terms of amendments to the legal system that would improve funds business in Cayman?

The attraction of Cayman hedge funds to sophisticated institutional investors is that the industry favours the imposition of disclosure requirements over the imposition of unwieldy, burdensome regulation. Increased regulation is a part of doing business today, with the US Dodd-Frank Act and the EU Directive on Alternative Investment Fund Managers (AIFM) having wide-ranging extra-territorial impact, but while the retail market might benefit from a higher standard of regulation Cayman’s institutional investor market needs a very different regulatory approach. It is hoped that regulatory developments in Cayman will remain commensurate with the nature of its financial services industry.

The flexibility of Cayman law has been a key attraction to investment managers seeking to establish products for their clients and the ability of a Cayman corporate, partnership or trust structure to be crafted to suit the expectations and requirements of global investors will continue to be a challenge for Cayman. The need to keep an open dialogue with our clients and to continue to be aware of their developing needs is something which every Cayman service provider recognises as being key to Cayman’s continuing success.

Matt Mulry is a partner at Dillon Eustace in Cayman. He can be contacted at: matt.mulry@dilloneustace.ie

Matt Mulry has over 15 years’ legal experience, more than 11 years of which have focused on the offshore investment funds industry.  He is qualified in Cayman, the BVI, Jersey and England although he now practices Cayman law exclusively.  His main areas of practice are financial services and general commercial work. He has extensive experience in the Cayman Islands where he has advised on investment funds, compliance and regulatory issues, general corporate and commercial work and has been involved in a number of major transactions for leading onshore law firms and investment managers.