Hedge funds have a heart 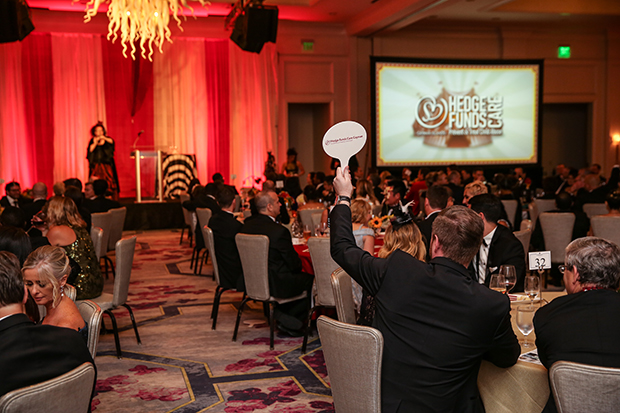 Hedge Funds Care Cayman Islands (HFC Cayman) raised over $425,000 in 2018 that will be distributed between charities focused on child abuse prevention and treatment programmes located in the Cayman Islands.

The organisation held a number of events through the year, the most high profile of which was its annual glitzy annual gala at The Ritz-Carlton. The theme of the event was ‘Vintage Circus’ with supporters arriving dressed as ringmasters, harlequins and performers. The charity estimates that event alone raised as much as $400,000.

HFC Cayman was founded in 2005 and is one of 13 locations fighting child abuse under the Help For Children | Hedge Funds Care umbrella. The global foundation is largely volunteer-driven across all of its locations, with professionals from the hedge funds industry serving on the board and committees that plan events and evaluate grant proposals.

Over the past 14 years HFC Cayman has distributed over $3.5 million in grants, serving more than 500 children, and has helped improve collaboration between agencies and establish standards for child abuse prevention and treatment programmes. HFC Cayman’s grantees provide services to children of all ages and span the entire spectrum from preventive and educational services for at-risk families to forensic interviews and therapy for children who have already experienced abuse.

Cindy Hislop, co-chair of the charity’s Committee of Hearts, which organised the gala dinner, says she is proud of the charity’s work and stresses that every penny of what is raised is put back into  local charities.

“The gala dinner keeps the charity in everyone’s minds, but it also serves to raise a lot of money, all of which is spent on good causes,” she says. “It is not always easy deciding how the money is allocated as there are a number of good causes, but we know that the money we raise makes a real difference here in Cayman.”

The charity has a dedicated Grants Committee responsible for making these decisions, chaired by Julie Hughes from Intertrust and Jennifer Collins from Carne. It is also helped by independent experts from the global arm of the charity including Dr Bart Grossman, academic consultant for HFC and adjunct professor emeritus at University of California at Berkeley and Renee Skolaski, HFC executive director and CEO.

It also has a Committee of Hope that organises smaller fundraising events chaired by Carol Reynolds from Queensgate and Sherri Fleming from PwC.

This year, Hislop, a partner at Deloitte who has served as chair and co-chair for four years, is handing the reins of chair of the Committee of Hearts to Baron Jacob, a partner at EY who recently also became a global board member at HFC.

“It is an honour to work with this charity—it is a way I feel I can make an impact. I am a father and this makes it close to my heart,” says Jacob.

“I think we need to do better in Cayman and this is one way I feel I can help make a real difference.

“It is also nice that this is a completely global charity with different chapters. I work for a global firm and we work with it in a number of locations. But it is also very local in the way funds are used and you can see the results of HFC’s efforts.”

Hedge Funds Care, also known as Help for Children, is an international charity, founded by the hedge fund industry and today supported by the broader alternative investment sector. Its sole mission is to prevent and treat child abuse with the goals of raising as much money as possible to fund such programmes and focusing the resources of the hedge fund and finance industries on a major community need.

Child abuse occurs across all socioeconomic, religious, racial, ethnic and class divides. It is a hidden problem and not a topic that people want to discuss, so it is often misunderstood and thought to be hopeless, but the work HFC is supporting can put an end to child abuse. That is why the hedge fund industry has chosen to champion this cause.

HFC has chapters in 13 major cities worldwide, including in the US, Canada, the Cayman Islands, British Virgin Islands, Ireland, the UK and Asia. These chapters raise money through various events and distribute the funds locally to community-based non-profit organisations that address the treatment and prevention of child abuse in the following areas: education (primary prevention), prevention, interventions, research, advocacy and training.

Since inception of the charity in 1998 HFC has awarded more than 1,500 grants with a value of more than $53 million.