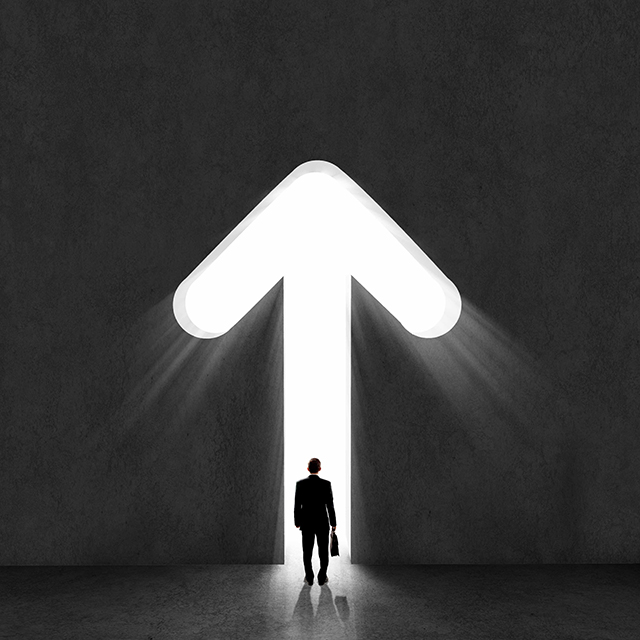 Expectations concerning, and the fund environment around, corporate governance have changed greatly in recent years but there will never be a one-size-fits-all solution, as Susan Lock of Campbells explains.

The global financial crisis and its aftermath brought about huge changes to the hedge funds industry. One area to change has been that of corporate governance which has come under increased scrutiny since 2008.

"The directors appointed to a Cayman Islands corporate hedge fund will control the company but will delegate day-to-day operations and running of the company to third parties."

There has been much discussion regarding the composition of funds’ boards of directors and the role and value of independent directors (that is, non-executive directors who are not related to the investment manager/promoter of a fund). Terms such as ‘split boards’, ‘managed accounts’, ‘advisory boards’ and ‘transparency’ have almost become buzz words.

Many, particularly institutional, investors demand effective corporate governance, which they hope will protect their interests by clearly separating the directors from other service providers in order to mitigate conflicts of interest.

Indeed, many investors go far further and seek governance that has, and allows for, robust internal controls, clear reporting and transparency. Gone are the days when independent directors were appointed solely for fee deferral/tax structuring purposes and were not really expected, or requested, to add any benefit to, or critique of, the fund’s management.

Today, industry expectations of directors of Cayman Islands hedge funds are high. They are expected to be familiar with the industry and the industry’s standard practices and cognisant of laws, regulations and compliance procedure, much of it coming from onshore.

Previously ‘passive’ investors are very much taking control of their investments. This control begins with extensive due diligence at the fund selection level. However, the scrutiny is now often a continuous process frequently lasting until after a redemption. Investors will certainly focus on the manager’s investment strategy, fund structure and service providers but will also look in depth at the structure and quality of corporate governance.

So what is this exemplary corporate governance? There is no one place to find the rules of corporate governance, and this is the point at which lawyers advise a director of a Cayman Islands fund that he or she must look to statute, case law and contract.

In 2011, the first instance decision of Jones J. in the Grand Court of the Cayman Islands in Weavering Macro Fixed Income Fund v Stefan Peterson and Hans Ekstrom concerning directors’ powers and duties attracted a remarkable amount of coverage. The case was described as ‘landmark’ despite the fact that it really offered up no new law.

No doubt the recent publication of the Cayman Islands’ Court of Appeal decision overturning the first instance Weavering decision will spark renewed interest and industry dialogue on this area.

Directors owe the common law obligations of care, skill and diligence on the one hand and fiduciary duties (duties to act in good faith, loyalty, to exercise powers for proper purpose, not make secret profits, etc) on the other. There are additional statutory duties applicable to directors of Cayman companies.

The position of the law is clear in that the duties of a director are personal and that they are owed to the company—despite the fact that there may be strong links to an institutional investor shareholder which insisted on the director’s appointment to the board, or that a particular service provider may be the director’s employer, both of which can give rise to perceived, or actual, conflicts of interest. Additionally, there may be contractual duties, or in certain circumstances other duties owed to other third parties, particularly in the case of insolvency, when the emphasis of a director’s duties shifts to creditor protection.

Functions can be delegated, duties cannot

The position is perhaps complicated in typical Cayman hedge funds, where the companies themselves have no employees and are, therefore, operated in quite a different manner from other corporate vehicles. The directors appointed to a Cayman Islands corporate hedge fund will control the company but will delegate day-to-day operations and running of the company to third parties: principally the manager and the administrator.

Directors’ activities have to be assessed within this context and while, as Jones J in the Weavering case observed at first instance, functions can be contractually and operationally delegated; directors’ core duties cannot.

This is all perhaps quite vague outside of a specific context. Additionally, these tests are not only objective they are also subjective and so much will be dependent on the particular circumstances of the fund in question.

So what specific activities might directors (independent/non-executive or otherwise) be doing and what are (potential) investors and managers looking for in their corporate governance?

In Weavering at first instance, Jones J set out certain activities which he considered that directors of an investment fund would be expected to undertake as part of their directorship role. It is possible to distil a useful ‘checklist’ from this ruling, the caveat to Jones J’s suggestions being that they are not exhaustive, binding nor do they constitute unbending rules of conduct.

Further, it should be noted that the case has been overturned on appeal and while the Rt Hon Sir John Chadwick President of the Court of Appeal did not overrule them he stated obiter that “the judge defined the content and scope of that high level duty in a rigid and prescriptive way”. Nevertheless such a review of the list may be helpful as, perhaps, is the way that the Judge categorised the life of a fund into three stages; “Phase one: establishment”, “Phase Two: ordinary course of business” and “Phase three: financial crisis and liquidation”. Some of Jones J’s points are below.

Jones J stated that directors must exercise “powers independently, without subordinating those powers to the will of others, except to the extent that they have properly delegated their powers”. But such delegation does not absolve the directors from their duties to supervise the delegated functions and apply their minds and exercise independent judgement: “A company’s independent non-executive directors will exercise a high level supervisory role”. It is the director’s “duty to satisfy themselves that the overall structure [of the fund is] consistent with Cayman Islands industry standards and that the terms of the service providers’ contracts, in particular those relating to the determination of NAV, remuneration and limitation of liability, are reasonable and consistent with industry standards”.

While the directors are not expected to be part of the contractual negotiations with the service providers they should be aware that the service providers are “quite properly acting in their own commercial interests” and should review contracts on behalf of the fund accordingly. At the set-up stage of a fund (or when coming onto an existing board), directors should satisfy themselves on the scope of work of each of the parties (including their own supervisory role) and that each role is “also clearly understood by all concerned”.

The directors should “inform themselves about [the fund’s] investment activities and have a proper understanding of its financial condition”. Directors should satisfy themselves on a continuing basis that the various professional service providers are performing their functions in accordance with their respective contracts. Furthermore, the duty to exercise care, skill and diligence includes an objective and a subjective element—such that directors are required to exercise the knowledge, skill and experience which they actually possess. They should for example, ensure that their skills are accurately set out in the offering memorandum.

A ‘checklist’ of activities

A further ‘checklist’ of activities may be found in the Cayman Islands Monetary Authority’s (CIMA) Statement of Guidance for Regulated Funds—Corporate Governance (SOG) aimed at operators of Cayman Islands funds registered as mutual funds under the Mutual Funds Law (Revised).

Published in December 2013, following much industry consultation, the SOG is, again, not exhaustive or prescriptive, merely setting out the minimum expectations from CIMA, as to what it expects to see for sound and prudent governance of funds.

Managers, directors (and increasingly investors) may also consider many other factors during due diligence and on an ongoing basis. In our experience the following areas may be of specific interest:

•   The overall structuring of the hedge fund’s operations: are there any additional vehicles over which the board has no control, for example where a master fund is structured as a partnership, yet holds substantially all of the assets?

•   The composition of the board: does it include manager or investor representation, the expertise, capacity and additional appointments of any independent directors, especially with other funds perhaps sponsored by the manager?

•   How has the board conducted itself in terms of: (i) frequency, agenda and documentation of past meetings; (ii) oversight of service providers; (iii) use of liquidity management tools; (iv) the management of conflict of interests (an area which should be revisited frequently); (v) oversight generally and specifically oversight of the fund’s expenses, D&O insurance valuation (and valuation policies) and financial statements; and (vi) what is its policy (if it has one) as to directors communicating with investors?

•   The service contracts and fund documents need to be reviewed carefully; of particular concern is the limitation of liability/exculpation and indemnification provisions in such documents.

•   A review of strategic seed deals and ongoing side letters, particularly with a reference to most-favoured-nation clauses.

It is clear that no activity/area checklist can be complete, nor will it fit every fund situation, and good corporate governance relies on an assessment of the particular fact-specific requirements of each fund.