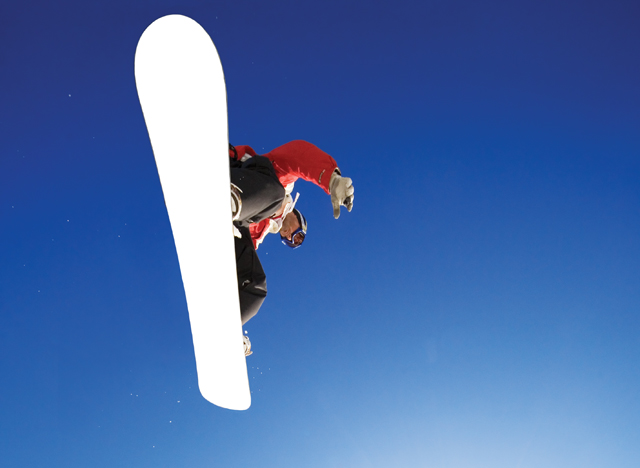 Corporate insolvencies in offshore jurisdictions can involve complex disputes over the rights of stakeholders with regards to company property, their statutory order of priority or the ranking of their claims. George Weru and Scott Andersen explain.

Liquidators can use schemes of arrangement to obtain a binding agreement whereby the rights of stakeholders are modified or adjusted so that there will be an ultimate financial benefit to stakeholders which could not otherwise have been obtained.

Schemes are particularly appealing to liquidators where their adoption might avoid the need for costly litigation to resolve complex disputes among stakeholders. They can, for example, be used to achieve a compromise of rights where there are uncertainties regarding ranking of claims.

Overview of schemes of arrangement

A scheme affords a mechanism for stakeholders in a company to approve a compromise or arrangement of their rights against the company according to the terms embodied in the scheme. Section 86 of the Cayman Islands Companies Law is the authority that broadly governs the process by which a scheme is implemented.

Process for implementing a scheme of arrangement

Usually, it will be a liquidator who will develop and put forward a scheme proposal, although creditors or investors may initiate a scheme to bring a commercial resolution to disputes between stakeholders. Regardless of the originator, the liquidator is responsible for ensuring that the scheme properly embodies the terms of the proposals, and for providing stakeholders with all the information reasonably necessary to enable them to make an informed decision about the merits of the proposed scheme.

The prudent liquidator will want to ascertain whether there is sufficient underlying stakeholder support to warrant developing the proposed scheme. At that point, if he has not already done so, the prudent liquidator will engage specialist legal counsel to help produce the necessary documents. It can be helpful for stakeholders to be circulated with a draft of the proposed scheme documentation comprising the scheme itself, and an explanatory memorandum. The purpose of the latter is to explain the effect of the scheme on the company and those stakeholders whose rights are affected by it, and to provide stakeholders (or, more accurately, the persons with the ultimate economic interest) with all the information reasonably necessary to enable them to consider the merits of the scheme. This should enable stakeholders both to understand how disputes relating to company property and obligations will be dealt with, and to consider how their own commercial interests will be affected.

The Cayman Islands Companies Law provides for the court to order meetings at which stakeholders will vote on the scheme. It is at the hearing for this order that the court will consider the proposals for the constitution of the classes to consider the scheme. Stakeholders are constituted in separate classes to ensure that each meeting consists of shareholders or creditors whose rights against the company which are to be released or varied under the scheme, or whose new rights against the company which the scheme gives in their place, are not so dissimilar as to make it impossible for them to consult together with a view to their common interest. Correct constitution of the classes is essential because the court will not have jurisdiction to sanction a scheme approved by incorrectly constituted meetings. It is also at this hearing that the liquidator must satisfy the court that the scheme documentation provided to stakeholders will provide all the information reasonably necessary for a decision on the merits of the scheme.

Once it is satisfied on these matters, the court will order that court meetings be convened for the stakeholders to consider, and vote on, the scheme. A quorum of at least two people, each of whom is either a member or a creditor who is attending in person (or their corporate representative), or a person who is attending as a proxy for a member or a creditor, must be present at each of the court meetings. The persons with the ultimate economic interest may not be the same as the persons who, by virtue of having their names in the records of shareholder or creditor information, are the shareholders or creditors entitled to vote at the meetings.

The scheme must be approved at each of the court meetings by the requisite majorities (a majority in number of those voting, and 75 percent in value of those voting), otherwise the proposed scheme will fail.

Schemes can be time-consuming and cost-intensive to implement, particularly where the compromises embodied in them are complicated and resolve a multitude of disputes which span a number of classes affected by the scheme. A liquidator proposing a scheme to compromise complex disputes will want to engage specialist legal counsel who will assist in identifying the disputes to be comprised and how they should be addressed, and with the analysis of stakeholders’ rights and the constitution of classes. Participation of counsel with the appropriate expertise will increase the chances that the proposed scheme will find the necessary support among stakeholders, and willbe compliant with legal principles and so be acceptable to the court.

Implementation of a scheme usually involves eliciting agreement among often diametrically opposed interest groups. The resolution of disputes among stakeholders may be assisted by negotiations and mediations which ultimately form the basis for a proposal which can be formalised into a scheme. However, throughout the initial period, from the outset of negotiations to the voting at the meetings, there can be a significant risk that the requisite majorities will not approve the terms of the compromise. There may, therefore, be substantial uncertainty about whether the scheme will obtain the necessary approval from stakeholders until the court meetings have been held and stakeholder votes reckoned.

Even after the statutory majorities have been obtained, the scheme can be challenged by a dissenting stakeholder. If the court is to exercise its discretion to sanction the scheme it has to be satisfied that the majorities were obtained by virtue of the stakeholders deciding that the scheme was in their interests as members of the relevant class, and that the minority have not been oppressed by the majority pushing through a proposal which was actually against the interests of persons in that particular class, because the proposal favours some other interest of the majority.

In order to reduce the risk that the scheme fails because the court is shown that the majority have been oppressing the minority, or on the basis of unfairness to the minority, the prudent liquidator will ensure that the scheme is formulated against the background of the principles of law by which the court will assess the scheme. The liquidator will want to be confident that the proposals are not dictated just by the commercial considerations of the majority without any regard to the interests of the minority.

Evaluation of impact on the liquidation estate

It may be important for the explanatory memorandum to include consideration of the impact of the scheme on the recoveries of the estate as a whole. If the terms of the scheme may have negative implications for the assets, the liquidator should conduct an assessment of any potential, or perceived, negative implications on relevant property and appropriately disclose this to stakeholders in the explanatory memorandum, as part of the obligation to assess the merit of the scheme.

Schemes of arrangement are intensive for a liquidator to implement as the process is complex and can be fraught with obstacles. Scheme proposals which seek to resolve complex disputes among stakeholders necessitate development of unique schemes of arrangement, and a prudent liquidator ought to seek assistance from professionals with suitable expertise and experience in this regard. This will enhance the viability of the scheme and equip the liquidator with the appropriate expertise and experience to identify and overcome potential obstacles.

George Weru is a manager at KRyS Global. He can be contacted at: george.weru@krys-global.com

Scott Andersen is a senior analyst at KRyS Global. He can be contacted at: scott.andersen@krys-global.com

George Weru joined KRyS Global in September 2010 and has more than six years’ experience in corporate recovery services. He previously worked in the corporate recovery and finance departments of two big four firms in Kenya, Ghana and the Cayman Islands. His work at KRyS Global has involved complex cross-border liquidations. He is a CPA (Kenya), a CFA charter holder and has a law degree.

liquidations involving complex, cross-border investigation and litigation matters. He is a member of the Institute of Chartered Accountants in Australia and the Insolvency Practitioners Association of Australia.