Cayman on the up 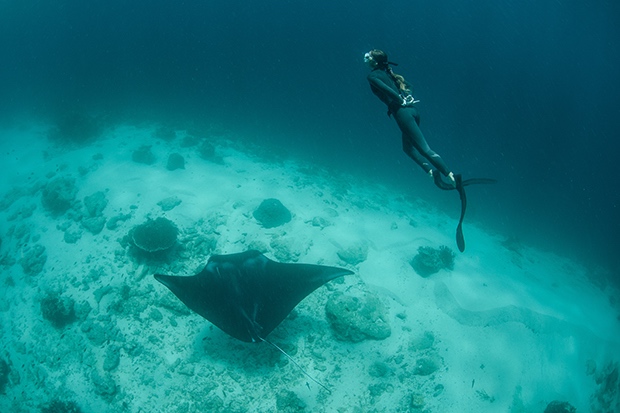 Recent statistics point to a steady growth in overall assets managed by Cayman-based funds and are a clear demonstration of the Cayman Islands’ continued prominent position as an important global financial services centre, according to Cindy Scotland of the Cayman Islands Monetary Authority.

The confidence demonstrated by investment managers in the jurisdiction’s regulatory regime, which remains the premier domicile of choice for funds, confirms that Cayman’s mix of a comprehensive legal and regulatory framework, which enables a systematic supervision of its regulated industry sectors, along with the availability of skilled and reputable professional services providers, is successful.

The total number of funds regulated by the Cayman Islands Monetary Authority (CIMA) at December 31, 2018 was 10,992, compared to 10,559 for the same period 2017, an increase of 4 percent. Noting that total fund numbers have been trending downwards in previous years, this is a positive indication of a rebound in the funds sector, attributed mainly to the continued popularity of the Cayman fund structure and a sound regulatory regime.

Investors’ expectations are rising, as they continue to seek an environment where transparency, sound governance and operational efficiency are critical to their investment return objectives. Therefore, despite the continuing challenges from the global trends relating to a lack of startup capital and increased post-crisis regulatory requirements, the outlook for Cayman’s fund sector is positive.

The number of mutual fund administrators (MFAs) regulated by CIMA at December 31, 2018 was 89, down from 97 at the end of 2017, which reflects the continued impact of the global trend towards fewer but larger MFAs. CIMA issued two MFA licences during 2018 and cancelled 11. CIMA also processed a number of shareholding changes directly related to merger and acquisition (M&A) activity by MFA licensees.

Throughout the year, CIMA remained focused on updating and enhancing the anti-money laundering and countering financing of terrorism (AML/CFT) framework within the Cayman Islands following the Caribbean Financial Action Task Force (CFATF) assessment, as well as areas identified for revisions through the National Risk Assessment.

A further update was made to the Anti-Money Laundering Guidance Notes to: a) further clarify the reliance and delegation arrangements allowed in regulation 3(2) of the Anti-Money Laundering Regulations (AMLRs); b) clarify the risk-based approach as the requirement to conduct an analysis of the AML/CFT framework that is in place for the financial institution in order to ensure compliance with Cayman Islands requirements; and c) clarify regulation 23 of the AMLRs relating to the verification of the identity of a customer/applicant in certain low risk scenarios. It is outlined that where the criteria are met, verification of identify may not be required at the time of the receipt of payment, but such verification of identify must occur, in accordance with the AMLRs, before the payment of any proceeds back to the customer.

In August 2015, the Cayman Islands enacted legislative changes to the MFL and the SIBL to create a framework for Cayman Islands funds and managers to voluntarily “opt-in”, via a passport regime, to the EU’s Alternative Investment Fund Managers Directive (AIFMD) system in order to manage or market funds to investors in the EU—EU Connected Funds and EU Connected Managers. As a result, the Mutual Funds (Amendment) Law, 2015 (MFL Amendment) and the Securities Investment Business (Amendment) Law, 2015 (SIB Amendment, collectively the Amendment Laws) were passed by the Legislative Assembly.

Further to a Commencement Order issued in December 2018, the Amendment Laws and the AIFMD Regulations came into force on January 1, 2019 (commencement date). A further Order of Cabinet will in due course bring into force all other of the provisions of the MFL Amendment in relation to notification by an EU Connected Fund that is marketing in a country or territory within the European Economic Area.

CIMA expects significant focus on the full implementation of the new requirements of the AML/CFT framework in 2019. Various other initiatives will continue in 2019, including: