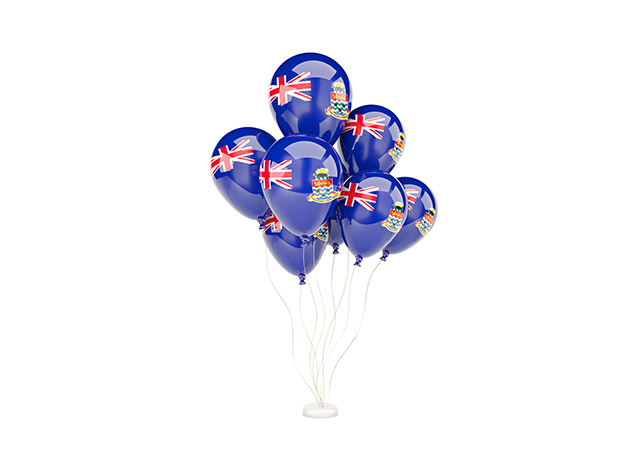 In the face of economic sluggishness and regulatory change, the Cayman funds industry has marched steadily on—and looks set to prosper for many years to come, says Jarrod Farley of Carey Olsen.

The Cayman funds industry has been quietly and steadily continuing its growth trajectory over the past decade, shrugging off the temporary effects of the global financial crisis, despite ongoing sluggishness in the global economy.

This trend looks set to continue, notwithstanding a sense of impending doom in the macroeconomic outlook, as the US engages in the international trade equivalent of gunboat diplomacy, and the EU fights a wave of popular nationalism that threatens its cohesion.

Pessimism may seem the order of the day, but the Cayman funds industry is more mature and even more resilient than it was a decade ago. Its professionals, its products and its regulator have all been strengthened by the experiences of the past decade, and the demand for Cayman funds has never been stronger.

The fate of the Cayman funds industry has broadly mirrored the global alternative funds industry over the past two decades. Growing rapidly from the late 1990s, Cayman became the leading jurisdiction for alternative fund formations by the mid-2000s and is now the domicile for around 70 percent of the world’s hedge funds and private equity funds, with Cayman hedge funds managing total assets close to $7 trillion by the end of 2017.

In the aftermath of the global financial crisis, as hedge funds suffered massive redemptions and then struggled to outperform a bull run in the equity capital markets, Cayman hedge funds suffered a slow but persistent decline in numbers until 2018, when they gained their first net increase in a decade (ignoring master fund registrations, introduced in 2012).

Private equity funds, while suffering from a short-term drop in commitments after 2008, soon recovered as the glut of distressed assets allowed them to invest at lower prices, flattering their performance in subsequent years. In Cayman, this is reflected most obviously in the accelerating rate at which limited partnerships (vehicles used almost entirely in private equity fund structures) have been registered since 2015, with each year reaching new highs.

The survival and resurgence of the Cayman funds industry reflects global trends, but also demonstrates an impressive adaptability, in the face of an unceasing barrage of international tax and regulatory initiatives in recent years.

On both sides of the Atlantic, alternative fund managers were caught up in the inevitable regulatory backlash after the global financial crisis. To combat perceived systemic risks, alternative fund managers in the US were brought within the scope of US Securities and Exchange Commission regulation and the Volker rule forced US banks to shed their proprietary trading arms, while the EU added the Alternative Investment Fund Managers Directive to an already crowded regulatory environment.

These measures were supplemented by a series of ‘global’ initiatives, such as the US Foreign Account Tax Compliance Act (FATCA) and its global cousin, the OECD’s Common Reporting Standard (CRS).

The Cayman Islands, having no system of direct taxation, and therefore no existing architecture for tax reporting, was forced to develop an infrastructure from scratch to deal with FATCA/CRS reporting.

This was followed by the UK-imposed initiative on beneficial ownership reporting, the OECD’s base erosion and profit shifting (BEPS) project which led to country-by-country reporting requirements and the EU-imposed substance legislation, all of which required considerable expertise, government commitment and industry involvement to navigate.

Close to the US

The resilience of the Cayman funds industry has many underlying causes, some of which relate to the inherent strength of the jurisdiction, some to the attractiveness of its fund products or regulatory regime, but arguably the most significant factor is its close alignment with the US.

This is most easily demonstrated in the case of regulated hedge funds, where the Cayman Islands Monetary Authority (CIMA) gathers and publishes annual statistics. Around 70 percent of the assets managed by Cayman hedge funds are managed by US managers, US investors are the largest investor group, and securities of US issuers are the largest asset class.

The picture for private equity funds is naturally more opaque, but US alignment is evident from the popularity of certain Cayman vehicles designed to mirror US vehicles, particularly the exempted limited partnership and the limited liability company.

As a jurisdiction, Cayman offers the global funds industry a tax-neutral environment for the pooling of investment capital, along with a variety of vehicles specifically designed for their purposes and a bespoke regulatory regime. The Exempted Limited Partnership Law (ELP Law) and the Mutual Funds Law (MF Law) in the late 1990s were twin catalysts for the growth of the Cayman private equity and hedge fund industries. Based largely on the Delaware limited partnership law, the ELP Law provided a vehicle familiar to US fund managers and investors, ideally suited to the pooling of investor capital.

Its similarities to the Delaware law meant that the limited partnership agreement of a Cayman vehicle could closely mirror that of a Delaware fund, making Cayman the ideal location for US funds to establish offshore parallel vehicles (where a separate set of investors invest in parallel with the main fund in every investment) or alternative investment vehicles (AIVs), where some of the main fund’s investors are put into a separate vehicle for a particular investment to avoid a specific tax or regulatory difficulty that might otherwise arise.

Equally, the MF Law provided a straightforward and easily understood regulatory regime for hedge funds. The MF Law regulated only open-ended funds, and contained a regime for institutional funds that allowed for quick and easy registration, while containing proportionate and effective ongoing safeguards.

It was one thing to legislate attractive statutes, but the keys to their success lay in the sophistication of the existing Cayman service providers, built off the back of servicing the international banking industry for several decades and the stable constitutional and legal environment of a British dependency.

As Cayman’s fund industry has matured, these advantages have become even more important. Cayman is home to around 800 resident lawyers, every major international accounting firm, a cottage industry of fund fiduciary service providers (independent directors and trustees) and corporate services providers, as well as an array of fund administrators.

Since 2009, Cayman’s courts have had a specialist Financial Services Division offering high quality judges with experience handling complex commercial cases, whose judgments have helped move the industry forward more generally. A prime example is the first instance judgment on a breach of duties by the directors of Weavering Macro Fixed Income Fund Limited, providing invaluable practical guidance on the specific duties of Cayman fund directors.

CIMA has also driven a focus on good corporate governance by fund directors, issuing guidance on the subject generally as well as specific aspects, such as outsourcing and anti-money laundering compliance.

While proximity to the US made Cayman an obvious choice for US managers looking to raise an offshore fund, it was the volume and sophistication of the available expertise that helped Cayman outgrow its regional competitors. At a certain point, critical mass and herd mentality made it seem odd for a US manager to look elsewhere without good reason.

More than two decades of working alongside fund professionals in the US and elsewhere have built deep relationships, and a decade of implementing the various international initiatives referred to above has built a level of specialist expertise that would be difficult for any newcomer to replicate.

Total investment in alternative assets globally rose from $1 trillion in 1999 to $7 trillion in 2014, and is expected to hit $13 trillion by 2020. This represents an increase from 2.3 percent of the global investment market in 2000 to 5.2 percent by the end of 2017. With Cayman funds (representing around 70 percent of alternative funds), dominated by US managers, investors and assets, the strongest forces driving this trend and accordingly the growth of the Cayman fund industry, must have come from the US.

The long-term driver behind increased allocations to alternatives in search of higher yields has been pension funds confronted with an aging US population and funding shortfalls (particularly within the defined benefit schemes of state pension plans). Since the global financial crisis all US institutional investors have also needed to compensate for low yields in traditional low-risk fixed-income investments.

There is no reason to believe these forces will abate any time soon, and may be exacerbated by a global economic slowdown as equity capital markets cool off. Escalating US federal debt provides a massive disincentive to end the loose monetary policy of the past decade, while the US Census Bureau predicts that the aging of the US population will continue. In 2016, 49.2 million Americans (15 percent of the population) were over 65; by 2030 this is predicted to reach 73.1 million (21 percent) and by 2060, 94.7 million (23 percent).

With alternative assets still representing only a small fraction of global investment activity, and ongoing pressures on US pension funds and other US institutions to seek higher yields in alternatives, there is every reason to believe the resurgent Cayman funds industry will continue its impressive growth of the past two decades for many years to come.

Jarrod Farley is a partner at Carey Olsen. He can be contacted at: jarrod.farley@careyolsen.com