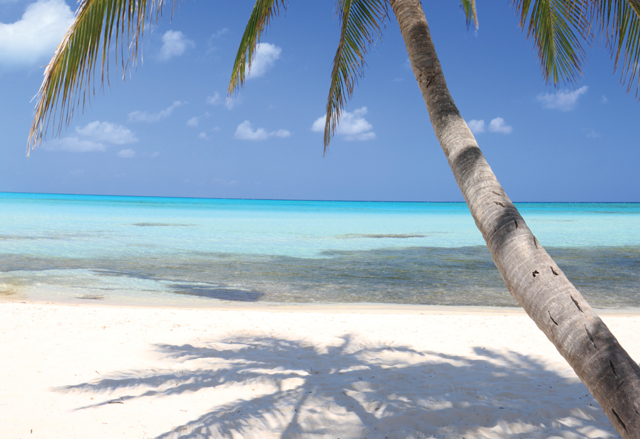 Despite external threats, Cayman continues to be the domicile of choice for hedge funds. Cayman Funds takes a look.

The US election season is upon us, and with that comes arguments about tax. The likely Republican nominee, Mitt Romney, revealed recently that he pays around 15 percent of his annual income in tax—a considerably lower proportion than the average American. This looks like straightforward party politics, and it is, but there is slightly more to it than that. Among the predictable handwringing of Romney’s opponents about the seeming incongruity of a very rich man paying less of his income in tax than a relatively poor one, there is another story. Some of the funds in which Romney invests, and which are therefore popularly assumed to be to blame for the low taxes he pays, are based in the Cayman Islands. Ergo, goes the argument, the Cayman Islands is damaging to the US treasury, and should be tackled aggressively by government.

These arguments, or European versions of them, will be familiar to anyone who works in or around the Cayman hedge fund industry. That they remain so politically charged as to become a flashpoint in a US presidential election underlines their impact on public perception of the Cayman Islands. And it is this perception that drives much of the thinking that feeds into policy and onshore regulation.

Unfortunately for Cayman, this seems to be a situation it’s stuck with. No-one who is prominent in US or European politics is likely to start making the counter argument—that Cayman helps generate wealth that finds its way back onshore eventually—any time soon.

So not only is Cayman living with a generalised misunderstanding of what it does, it also has to deal with the consequences of that attitude. In both the US and Europe, legislation is in the works, or even in effect, that threatens to curtail Cayman’s ability to operate effectively and/or privilege other domiciles in its stead.

There is plenty of legislative activity around the world that is having, or will have, an impact on Cayman. But two items, one in Europe and one in the US , seem particularly noteworthy. The Alternative Investment Fund Managers Directive (AIFMD ) could have a significant impact on Cayman’s ability to compete with other hedge fund domiciles. This directive is designed to regulate the hedge funds sector by increasing disclosure requirements and putting other obligations on funds that want to market themselves in the EU.

“These days many other jurisdictions have competing products and equivalent infrastructure but Cayman has first mover advantage, as well as a speed to market that remains unrivalled.”

While some have raised concerns that Cayman will be adversely affected, especially in comparison with EU jurisdictions such as Ireland, it looks as though such fears should prove unfounded. Cayman should meet the criteria for an allowable non-EU fund to be marketed by an EU manager in Europe. Indeed, if the proposed passporting system comes into effect, there may even be a situation in which a non-EU AIFM enjoys more access to pan-European markets than was the case in the past.

In any event, the full ramifications of the AIFMD are unlikely to be felt for another couple of years—plenty of time for Cayman and fund managers to make sure they have tied up any compliance loose ends.

Perhaps more pressing for the Cayman Islands are the implications of the US Foreign Account Tax Compliance Act (FATCA), which becomes effective at the end of 2012. This act requires all foreign financial institutions, including funds, to reach tax disclosure compliance agreements with the US treasury or be subject to a 30 percent withholding. The idea is to allow the US treasury to know what money Americans have stored offshore, the better to enforce US financial and tax laws.

As Ian Dillon, funds partner at Campbells law firm in Cayman, says: “The regulatory piece is the biggest risk to the future of Cayman.” Currently, he says, the Islands benefit from a regulatory system that is “appropriate for sophisticated asset management, without nanny regulation”.

Cayman remains a jurisdiction of choice for hedge funds for many reasons, which should point to the importance of avoiding over-regulation. Dillon says: “Cayman is a solid, safe legal environment, backed up ultimately by the [UK] Privy Council ... the law here is fairly straightforward, and relatively user-friendly.”

Historically, Cayman has many advantages over rival jurisdictions, not least the mere fact of its history. “The primary advantage is that it’s still the largest jurisdiction, and it’s where managers and administrators expect the funds to be,” Dillon says. “In terms of the offshore jurisdictions, the sharper guys operate here, and that’s why firms in the US , London, Hong Kong and Asia want to deal with Cayman-based funds.”

Darren Stainrod, head of UBS Global Asset Management Funds Services and chairman of CIFAA , underlines the first-mover advantage enjoyed by Cayman. “At the dawn of the hedge fund industry, Cayman attracted companies such as UBS because of its strong infrastructure, balanced regulation, ability to obtain a banking licence and the tax-free status of its fund products,” he says. “These days many other jurisdictions have competing products and equivalent infrastructure but Cayman has first mover advantage, as well as a speed to market that remains unrivalled. Finally, while many of the processes of administrators have now been automated or moved to cheaper jurisdictions, Cayman remains a top location for attracting and retaining talent.”

In fact, many of the advantages Cayman has enjoyed in the past look likely to remain, almost (but not quite) irrespective of what happens in terms of international regulations. “Cayman remains the jurisdiction of choice for hedge fund managers,” Stainrod says. “The advantages of the Cayman product ... are speed of setup, flexibility of investment strategy (including use of leverage), an open architecture as to use of non-Cayman service providers and a balanced regulatory framework that protects investors while guarding against money laundering.”

He acknowledges that “the post-crisis demand for more heavily regulated products such as RICs and UCITs, or segregated portfolios such as managed accounts, may have attracted assets that would otherwise have fed into Cayman domiciled funds”, but highlights the fact that “the anticipated flood of re-domiciliations away from Cayman turned out to be less than a small trickle and the level of funds registered in Cayman is close to peak levels”.

Essentially, Cayman offers a complete package that other jurisdictions do not. Stainrod says: “Some other offshore jurisdictions have products that copy the Cayman model but they usually lack some essential component such as speed to market or flexibility in where the service providers are located.” While that remains the case, the future continues to look good.