Back on an even keel: a regulatory perspective 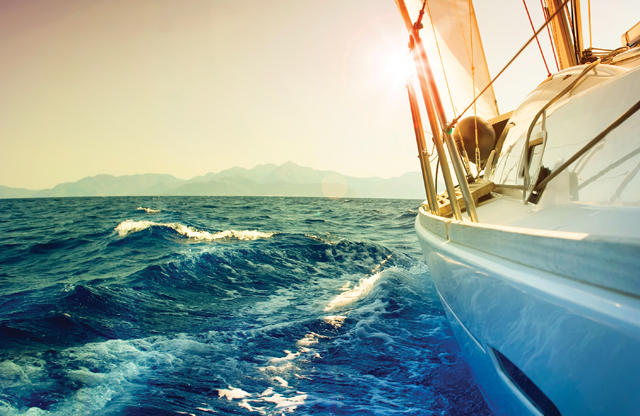 Hedge funds no doubt welcomed the news of increased returns during early 2012 after what was generally viewed as a rough 2011. Cindy Scotland looks at the role the Cayman Islands Monetary Authority plays in keeping the islands competitive.

Fund authorisations, and the total number of authorised funds, remained in overall decline across jurisdictions in 2011. Nevertheless, many investors, particularly institutional investors, still consider hedge funds to be their best option for the above average returns they need. They are, however, more discriminating about the funds and jurisdictions in which they invest.

The Cayman Islands continues to be the leading domicile for hedge fund formations. High on the list of reasons for its continued favoured status is the quality of professional expertise available. Cayman’s ranking as the top service provider jurisdiction by 53 percent of the more than 1,000 hedge funds, fund of hedge funds, and investors participating in Hedge Funds Review magazine’s Service Provider Rankings survey in late 2011, underscored this fact.

In addition to provider expertise, the reasons that investors who do business with Cayman give for the jurisdiction’s attractiveness include its infrastructure, its legal and judicial system based on English common law, and its regulatory stability. The latter was also identified in Global Financial

Centres Index 10 (September 2011) as one of the main concerns which influence global perceptions of a financial centre’s competitiveness.

The Cayman Islands Monetary Authority (CIMA ) plays a vital role in Cayman’s regulatory stability. CIMA ’s raison d’etre is to regulate and supervise the financial services industry, manage the jurisdiction’s currency, facilitate cooperation with and assistance to international regulatory authorities and to advise the Cayman Islands Government on regulatory, cooperative and monetary matters.

In carrying out these functions, the authority must be guided by its statutory obligations. This extensive set of requirements can be summed up as follows: to act in the best economic interests of the Cayman Islands; to be proportionate, efficient, transparent and fair; to promote and maintain a financial system that is sound, that guards against financial crime, that is internationally compliant while being innovative and competitive; and to endeavour to promote and enhance market confidence, consumer protection and the reputation of the Cayman Islands as a financial centre.

Balancing these responsibilities has always required CIMA to be judicious, given the broad scope of the obligations and the various groups that we serve. Today, this balance is even more challenging and more important, as the international economic and political landscape in which the jurisdiction operates continues to undergo significant change.

At the heart of it is the necessity for CIMA to maintain regulatory stability. One of the questions that CIMA, like regulators in most other jurisdictions with significant financial industries, has had to grapple with is: How do we allocate our limited resources to meet the day-to-day demands of regulation and supervision while carrying out the proactive research, assessment and dialogue needed to understand and develop appropriate policy responses to international regulatory changes and market conditions? And how do we stretch those same resources to implement those initiatives, doing what we need to do to minimise the risk of a repeat of the financial crisis?

A key component continues to be collaboration with other regulators and involvement in international regulatory and standard-setting bodies. Regulator-to-regulator engagement facilitates consolidated supervision of entities that operate in two jurisdictions, as well as bilateral regulatory cooperation and information exchange. Increasing such collaboration has made supervision of our international entities more cost-efficient and effective. One of the things that we see as positive, and that we encourage, is increased communication among regulators.

Being involved in international forums and groups has been invaluable in enabling Cayman to influence some of the regulatory/standard-setting discussions and developments that have occurred, has increased recognition by standard-setters regarding the quality and compliance of this jurisdiction’s regulatory regime, and has enabled CIMA representatives to be welcomed into leadership roles, or other positions of influence, in a number of these bodies. These currently include the deputy chairmanship of the Group of International Financial Centre Supervisors, the executive committee of the International Association of Insurance Supervisors, the Global Forum on Transparency and Exchange of Information for Tax Purposes Peer Review Committee and Steering Committee, and the Financial Stability Board Regional Consultative Group of the Americas.

Meeting the increased demands on the regulator also involves increasing our own organisational efficiency. We are doing this through technology-leveraged initiatives such as (i) the expansion of our electronic reporting system, which started with funds, to other areas of CIMA; (ii) through our electronic application system (CIMAConnect), which also began with funds; and (iii) by our current efforts to enhance automated billing and develop a complementary electronic fee payments system that we aim to launch this year.

Refinements have been drafted to the Fund Annual Return (FAR) that regulated funds are required to file electronically. These amendments will be issued shortly for industry consultation and further refinement as necessary, before implementation. The adjustments will allow more of the information that is now provided in other formats to be captured on the FAR so that it can be electronically processed and analysed, providing us with readier insight on funds and enabling us to expand the statistical data available to the public. The registration of master funds, currently underway, is another initiative to give CIMA a more detailed view of these funds and, thus, a better oversight of the industry.

Maintaining regulatory stability does not mean refusing to change. When international rules change, when market conditions change or weaknesses become evident, we must respond appropriately, in order for the jurisdiction to remain competitive, and for market confidence, consumer protection and our jurisdictional reputation to be preserved. The key is not to make knee-jerk reactions but to ensure that proposals are fully understood, carefully weighed, and that stakeholders are part of the process, before changes are adopted.

Our review of the corporate governance framework for funds and other regulated sectors, for example, has been extensive and we expect it to result in some additional prudential measures during 2012.

We have also taken a comprehensive approach in our response to the Alternative Investment Fund Manager Directive (AIFMD ). With an estimated 30 percent of Cayman-regulated funds being sold to European investors, we must prepare to meet the requirements of the directive when they become effective from July 2013. CIMA has been monitoring the AIFMD ’s development and that of the related technical measures. As the initiative has become increasingly concrete we have provided input to the European Securities and Markets Authority (ESMA ), have conducted industry consultations locally to identify the sector’s main concerns, and have carried out a gap analysis of the requirements vis-à-vis our existing regulatory framework.

“Being involved in the international forums and groups has been invaluable in enabling Cayman to influence some of the regulatory/standard-setting discussions and developments that have occurred.”

At the time of writing, we are assessing the impact of the technical measures on the Cayman funds industry and have formed the AIFMD Working Group, comprising representatives from the funds sector, the Cayman Islands government and CIMA . The group’s objectives are to review and make recommendations for amending the existing regulatory framework for hedge funds, depositories and fund managers, to ensure that our regime does not hinder the marketing of Cayman-domiciled funds in the EU and that the Cayman Islands continues to be an attractive hedge fund domicile. In making such recommendations, the group is considering the current local legislation, as well as the AIFMD.

Meanwhile, we have pursued discussions with regulatory authorities in several EU member countries on the possible development of memoranda of understanding on supervisory cooperation, consultation and information exchange, and have recently engaged with ESMA itself, as the probable central negotiator.

CIMA is committed to ensuring that the regulator and the local industry are able to comply with the new framework. The AIFMD will bring additional regulatory requirements for those persons and entities affected. However, creating conditions locally that facilitate compliance provides opportunities for the Cayman Islands to grow the market for investment funds that are looking for an offshore regime with higher levels of regulation, as well as the market for depositories.

Our willingness to adjust to changing international regulatory standards demonstrates our commitment to cross-border cooperation to ensure a sound international financial system. It underscores our commitment to ensuring that Cayman-domiciled businesses do not lose access to international markets. Our ability to adjust also shows the jurisdiction’s nimbleness. Such agility is not something that all jurisdictions can claim. It is another contributing factor to the Cayman Islands’ position as the leading hedge fund domicile.

Cindy Scotland is the managing director of CIMA. She can be contacted at: cima@cimoney.com.ky

Cindy Scotland has been in her current role since 2002 and has more than 20 years’ regulatory and currency management experience. She is accountable for the sound management of the Cayman Islands currency, the effective supervision of CIMA - regulated entities and the advancement of

relationships with government, industry and international regulators and regulatory standard-setters. She represents CIMA and the Cayman Islands extensively overseas.