A new focus for 100 Women in Hedge Funds 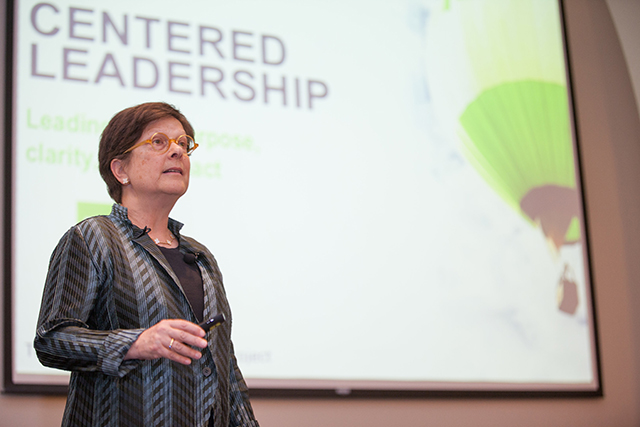 Two years since it was formed, the Cayman chapter of 100 Women in Hedge Funds is going from strength to strength. Membership numbers are hitting record levels, it has exceeded expectations in terms of education and philanthropy, and will formally incorporate peer leverage into its programme for 2015.

Since it was formed a little over two years ago, the Cayman location of 100 Women in Hedge Funds (100WHF) has gone from strength to strength. It is the fastest growing industry association in the Cayman Islands and one of the fastest growing 100WHF locations globally, and is looking forward to another strong year with plans to expand its remit even further.

Embracing the global organisation’s three ‘pillars’ of education, philanthropy and peer leverage, the success of 100WHF Cayman to date is self-evident. In the past 12 months, it has doubled its membership to more than 450 local professionals and hosted a series of first-class, high-profile events attracting a crowd of both local and international attendees.

100WHF Cayman’s programme for 2014 boasted a number of inspiring and topical education sessions reflecting the organisation’s strong emphasis on education. Sessions included “Five Lessons to my Younger Self”, with Jennifer Parsons of Ogier interviewing Jodi DeVito, MD of Credit Suisse and Jennifer Dunn, partner at the US law firm of Schulte Roth & Zabel and a panel discussion on “Dissecting Private Equity Trends and Opportunities” with Jocelyn Cortez-Young, the founder and CEO of Minerva Capital Group and Kelly Williams, president of GCM Grosvenor Private Markets, moderated by Jo Cunningham partner at Maples and Calder and Odette Samson partner at Deloitte & Touche, who together chair 100WHF Cayman.

The year ended with a lesson on “Celebrating Diversity in the Workplace” presented by Julie McLaughlin. “The quality of the speakers that we have been able to attract is truly amazing. These ladies represent the top of their respective fields; some have been officially recognised as the most powerful women in the finance and funds industry. However, it is important not only that we attract top quality speakers, but also that these events are accessible to our entire membership. Thanks to the generosity of our sponsors, we’ve been able to ensure that admission to these sessions is free to our members and supporters,” says Cunningham.

The philanthropic goals set by 100WHF Cayman also enjoyed the same success with more than $40,000 (some $10,000 more than its original goal) raised for its 2014 beneficiary, the Cayman Islands Crisis Centre. 100WHF Cayman launched its first fund-raising year with the inaugural Barefoot Beach Gala—with cocktails at sundown, followed by a gala dinner and a night of dancing under the stars on Cayman’s beautiful Seven Mile Beach, it is no surprise that the event was a sell-out.

The attendance of special guest, Jane Buchan, CEO of PAAMCO, who was honoured with the 100WHF 2014 North American Industry Leadership Award, added a special touch to the evening, as did the fireworks to top off the celebrations. Fund-raising efforts continued through 2014, including an evening with Joshua Safran, a lawyer and author who shared with the audience his harrowing yet inspiring journey to free Deborah Peagler, a victim of domestic abuse and prisoner on death row. The event included a screening of the award-winning documentary film, Crime after Crime, which follows Peagler’s prolonged fight for freedom and eventual release.

“Last year was a fantastic year in terms of the events we held—we enjoyed some truly inspirational speakers, raised a lot of money and added something very important to the business community here,” says Samson. “We have another very exciting programme for 2015 and we look forward to 100WHF Cayman going from strength to strength.”

Until now, 100WHF Cayman has focused much of its efforts on the first of the two pillars: education and philanthropy. However, building on its successes to date, 100WHF Cayman now intends to fully engage with the third pillar of peer leverage and the newly formed peer leverage sub-committee already has a packed programme of events planned for 2015 ranging from networking events to small discussion sessions, each with the objective of connecting professionals.

“Peer leverage is big focus for us this year,” says Nadia Hardie, a senior business development manager at Mourant Ozannes and the communications sub-committee chair. “We have some highly experienced and accomplished women among our membership and we intend to facilitate connections and draw on the resources we have to create a meaningful network.”

Yolanda Banks McCoy, director at Highwater and co-chair of the peer leverage sub-committee, adds: “We will target varying peer groups of professionals and look to connect our members so they can help each other in different ways. Every woman can be successful but the challenges can be unique and our goal is to do everything we can to help them—one way is to help build a network to support them.”

The other pillars of 100WHF will not be neglected, however. 100WHF Cayman has already made a very positive start to the year in terms of both its education and philanthropy efforts. Under the umbrella of education, it again plans a number of sponsored events featuring high-profile speakers—something it has already kick-started this year.

On February 13, Anne Richards, the chief investment officer of Aberdeen Asset Management and the recipient of the 100 Women in Hedge Funds 2014 European Industry Leadership Award inspired members with her career progression and industry insights. Similar events featuring equally prominent speakers will follow throughout the year.

100WHF Cayman also selected Literacy is for Everyone (LIFE) as its 2015 beneficiary charity and pushed the boundaries by setting itself the goal of raising $50,000 this year. Aligned with 100WHF’s 2015 global theme of ‘Celebrating Education’, LIFE is a local charity focused on improving literacy in the Cayman Islands.

Christina Bodden, partner at Maples and Calder and co-chair of the philanthropy sub-committee says: “We are delighted to be partnering with LIFE this year and applaud their extraordinary work in the community. We are committed to this cause and to working closely with LIFE to educate our people and secure our future.”

The first two philanthropic events of the year were held in March and enjoyed remarkable success leaving the fund-raising efforts just $2,000 shy of the target for the entire year. The first big event took place in March when, to coincide with Global Literacy Month, an enthusiastic audience of male and female professionals welcomed the humourous Joanna Barsh, director emeritus at McKinsey & Co and best-selling author of Centered Leadership, for a luncheon and Centered Leadership Workshop.

The insightful workshop was closely followed by 100WHF’s 2nd Annual Barefoot Beach Gala, where guests again had the opportunity to dine and party under the stars. Some guests were also lucky enough to win one of the fabulous prize hampers up for raffle, each decorated with the beach theme and filled with gifts and vouchers generously donated by local businesses.

Special recognition was also given at the March events to Joanna Barsh and Cayman’s Minister of Education, Employment and Gender Affairs, the Honourable Tara Rivers. Both were awarded 100WHF Honorary Angel status and now join an elite group of leaders across the globe who have been recognised for their impact within the industry and the wider community.

With so much to live up to and so much planned for the year ahead, we are all staying tuned to see what will be coming up next!

100WHF is a global network that boasts more than 13,000  professional members in the funds and finance industry. Through its programmes, 100WHF has helped its global membership advance their careers and play an important role in this evolving industry, all while raising more than $36 million for charities.

Literacy is for Everyone (LIFE) is an independent charitable organisation founded in 2012 by a group of Rotarians from the Rotary Club of Grand Cayman Sunrise. LIFE’s mission is to significantly increase literacy levels across the Cayman Islands. LIFE currently runs several literacy intervention programmes in primary and secondary schools, targeted at students who are falling behind with their literacy skills. They also run computer assisted literacy programme aimed at supporting older students and adults.