A level of transparency too far? 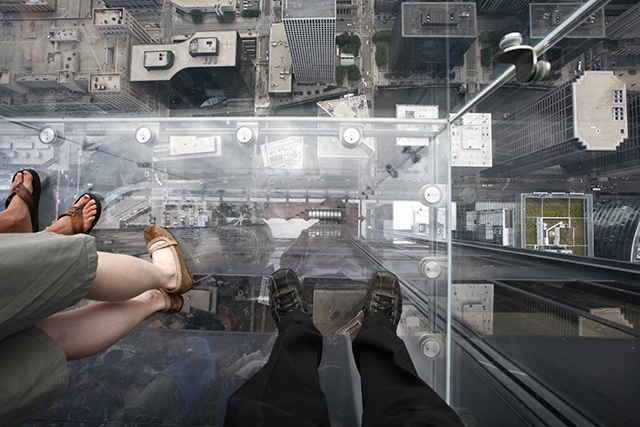 Rarely will the Cayman regulator have encountered such entrenched opinions as it has since it suggested publishing a public database of directorships. The market has grave concerns about the proposals, as Cayman Funds discovers.

Possibly the single most contentious subject within the funds community on the Cayman Islands right now is the proposed creation of a publicly accessible database that would identify exactly which—and how many—fund boards directors sit on.

"The question is whether the government will  choose a specific number, allow the market to decide or set other criteria.” Jeffrey Short, EY

The forerunner to this was the implementation of the Directors Registration and Licensing Law, enacted in 2014, which required most directors of Cayman Islands-domiciled mutual funds and hedge funds to register with the Cayman Islands Monetary Authority (CIMA) by the end of 2014.

Now CIMA has this data it is pondering how to use it. One option is making the basics available on a public database. Confidentiality laws mean this may be limited to the director’s name, the type of registration and licence held, the registration or licence number and the dates on which these were issued.

CIMA has said such a move would reinforce its commitment to transparency and ultimately improve corporate governance standards. It also seems that CIMA is, at least partly, acting in response to demands for the availability of such information from a small but powerful and influential group of investors lobbying for such a database.

Specifically, these investors apparently have concerns around how many directorships some individuals hold.

The next logical step, therefore, is a discussion around if and how this figure could be capped. In theory CIMA could impose and regulate a hard cap; in reality it may be more likely the market would self-regulate, adjusting to what might seem reasonable.

“This is a major talking point,” says Jeffrey Short, partner, Financial Services, EY. “There have been a number of conversations about how many directorships a single person should hold, and it is a controversial issue at the moment. This database could bring additional transparency to the process. The question is whether the government will  choose a specific number, allow the market to decide or set other criteria.”

Opponents of both the database and any type of cap are especially vocal in their opposition to any such proposals. While most accept that transparency is a good thing and that some investors are indeed concerned about corporate governance, there are many more subtle yet effective ways to achieve the same outcome, they argue.

The first and most obvious problem the market identifies with the proposals lies in the fact that any cap or even analysis based on numbers alone would simply be misleading, unhelpful and potentially quite damaging to the Cayman Islands as a domicile.

“It looks like CIMA will go ahead with something relating to capacity, possibly revealing proposals later this year, although I can’t see them going ahead with an outright cap,” says Darren Stainrod, director of Highwater, a firm that supplies independent directors to funds.

“The question of how many directorships is too many is a far more complex question than simply looking at numbers alone—it can be quite subjective. Some directorships are very complex, very challenging and take a lot of time. Others are more straightforward. I could envisage a system where if you go beyond a certain number you must explain the context to CIMA but I am not sure that is really necessary as the industry has largely regulated itself on this issue.”

Stainrod also emphases the very big difference that exists between the number of relationships a director may have and the number of portfolios and then legal entities that sit beneath that. “The whole thing requires context; it is not just a numbers game,” he says.

“The question that relates to numbers alone is only one of several interconnected factors that ultimately determine what the real capacity of an individual is to sit on many boards,” Ruddick says.

“You need to understand their skillset, the support they have, their other commitments and the complexity and nuances of the different funds they are dealing with. It is a very complex question which simply cannot be regulated in such a straightforward manner.”

He describes the idea that CIMA could regulate capacity as “concerning”. He stresses that capacity is something the market can regulate and that other than ensuring firms and individuals are fit and proper, it’s more challenging for the regulator to get involved at all. “When investors ask us for that information, we supply it to them anyway,” he explains. “You can share such information privately without making it public. There are other ways of dealing with this.”

Rob Aspinall, director, Intertrust Cayman says: “Cayman funds attract sophisticated investors able to make their own decisions on director capacity based on due diligence. An investor is entitled to simply ask the director of the funds in which they invest for information regarding their capacity.

“There is no good reason why a director wouldn’t disclose that information privately. In the current environment failure to do so should raise red flags regarding whether that individual is appropriate to sit on the board.

“Certainly the regulator should not set limits without carefully considering input from the marketplace. In my opinion capacity is impossible to regulate in a sensible manner and has to be dealt with on an individual basis. There is the risk of oversimplification and the danger that the database would do more harm than good.”

There are a number of specific reasons market executives on Cayman are concerned about the impact of publishing such a database. First, they fear a negative media backlash. Cayman is already often used as a soft target by some elements of the international press, which unfairly label it a tax haven.

It would be highly likely that some journalists would make a story out of certain individuals holding many directorships of funds. “Investors, including the most vocal ones in favour of the database, are comfortable with most professional directors’ numbers and corresponding capacity as they now go beyond the numbers query in isolation.

“A majority of industry participants have a concern that with a public database we as a jurisdiction are opening ourselves up to attack by the media and it could bring unnecessary attention to a non-issue and in turn still be damaging,” says Ruddick.

Short at EY agrees: “You could certainty envisage there being a shock value, especially  if some media see that certain individuals have been holding a very large number of positions. Without appropriate context, however, it may very well be a meaningless number.”

Others have reservations over the implications surrounding competition. Other domiciles could target clients based on information gleaned from the database while individual firms could target the clients of rivals.

Another related knock-on effect could be that if capacity were capped in any way, either by the regulator or by the market taking its own view of things, that would create a need for more directors of funds while also pushing up the fees of those who specialise in this task who would look to earn at least the same from holding fewer positions.

The problem is that the quality of directors can vary dramatically. “The reality is that directors who sit on fewer boards may do so for a reason—not everyone has the skillset to do this professionally and do a good job,” says one market executive who preferred not to be named.

“If you look at some of the funds that have encountered problems historically, their directors only sat on one board—yet they still got it wrong. And you have people who sit on maybe hundreds—none of which has ever had a problem. It could be as much of a problem sitting on too few boards as too many. If you sit on too few, your experience is more limited, which can also be dangerous.”

In terms of fees increasing, many believe this would be likely. “It would make sense to see some individuals perhaps having fewer relationships but they would be much deeper relationships,” Stainrod says. “But the reality is also that they would expect to be paid more.”

Aspinall also points out another flaw in the logic underpinning the database. He notes that it would only capture CIMA-covered entities. “What about onshore structures and non-regulated companies? Many independent directors hold fiduciary positions for other entities that wouldn’t be recorded in the database, such as advisory committees and boards of managers.

“A database is not going to provide the level of information required to make informed decisions on a director’s level of capacity, as users will be seeing only a part of the picture,” he says.

Finally, other executives make a much broader point: no other jurisdiction publishes such a list, so why should Cayman? While CIMA may argue it is better to be ahead of the market on such issues of transparency, many practitioners believe it could actually hinder Cayman and put people off using the domicile.

“The funds industry is completely global—why would Cayman take it upon itself to try to lead the world in something as sensitive as this with so many potential unintended consequences?” says the unnamed executive.

“It makes no sense. This is not as big an issue as the regulator seems to think in the scheme of things. My advice would be to not push ahead with this issue unless the sentiment is clearly moving in that direction globally.”

CIMA remains coy about its intentions. This topic is covered at length but in a different format in the roundtable in this issue on page 18, where Heather Smith, head of Investment & Securities at CIMA, makes it clear in that forum that nothing will be done by CIMA without extensive research and input from the industry. She also says it is highly unlikely that any form of hard cap would be introduced based on numbers of directorships alone.

Despite such reassurances, however, this remains a hot topic on Cayman and a big worry for many practitioners who fear a backlash from the media, a loss of business and many other unintended consequences if the plan were to be pushed ahead.

The speculation will continue until CIMA issues some sort of proposal. “One solution if greater transparency is deemed necessary is that this could potentially be accomplished via mandating disclosure to authorised parties, but have the information stem from the fiduciary,” suggests Ruddick.

As with many things in business, what the market seems to crave more than anything is certainty. “We may not agree with all the proposals but we also want to move forward,” Stainrod says.

“If that level of transparency is now required then so be it—the market will continue to correct itself and we will move on.”