A key link between government and industry 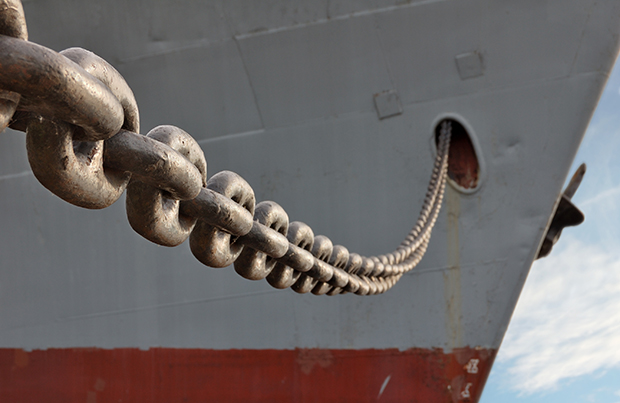 The Cayman Islands Directors Association (CIDA), the representative body for Cayman Islands-based professional directors which has now been operating for almost 12 years, is playing an increasingly important role liaising between industry, the Cayman government and the Cayman Islands Monetary Authority (CIMA)—a role that is all the more important given the many changes in legislation of late.

That is according to Cassandra Powell, a director at Harbour Trust who has been CIDA’s president for the past three years. She says the government and CIMA have been “hands on” in introducing new legislation in recent years in order to ensure Cayman remains the “jurisdiction of choice”.

This has meant a busy period for CIDA in the consultation process on legislation and, equally important, ensuring its members understand new regulations and are well advised on how to respond to them. Powell says the organisation’s goal is to be the aggregating body for directors and the fiduciary industry in Cayman.

Now that CIDA has a growing membership of more than 350, she notes that it is more important than ever that the voice of the growing body is represented and heard at the same table with government, CIMA and the wider financial services industry participants.

“The governance segment of the financial services industry is a vital component of the Cayman Islands product offering and as such, the input of our members and addressing any concerns or issues they may have in operating, are key focus areas for the CIDA Executive Committee,” she says.

“There have been so many legislative changes in the past two to three years that good communication at all levels has been vitally important. There are many working groups and advisory panels and CIDA plays an important role on these to ensure the government and regulator understand the perspective of directors on proposed changes and also to consider how best to roll out changes and educate businesses on what they need to do,” she adds.

“I feel we have really found our role in the financial services industry. As well as industry, the regulator and the government understand the important role we play around education and advising on regulatory matters on behalf of our members.”

Diverse membership
CIDA’s members have become increasingly diverse in recent years, coming from many sectors outside of the funds industry. As a result, CIDA must tailor its agenda and events to take this into account.

Many regulatory changes or legislation such as economic substance, anti-money laundering regulations, data protection and beneficial ownership, and more recently the changes in the Mutual Funds and the introduction of the new Private Funds Law, are relevant to all its members, however.

“As such, we hold technical sessions explaining their implications to all industries,” Powell says.

This has helped increase CIDA’s membership year on year.

“With so many changes, people are seeking information and that is driving new memberships,” she says. “We saw yet another increase in our numbers during 2019 and we continued to hold events to deal with all the legislative changes.

“We can offer access to resources and information, invitations to technical events explaining regulatory changes and we can act as a sounding board for members who are unsure on certain things.”

Proof of the growth can be seen in the popularity of the Directors Accreditation Course the association runs. By teaming up with the Chartered Secretaries Canada, a division of the Institute of Chartered Secretaries and Administrators (ICSA)—the international professional body for chartered secretaries—CIDA offers an accreditation course in Cayman that professionals would normally have to travel to Canada to complete.

Powell says attendance in 2019 was very positive, with more than 40 members participating in the course, which involved three full days of work and exams at the end of it. Once again this year, CIDA put on a fourth day which was open to CIDA members as well as the wider industry, featuring a variety of guest speakers and focused on a key industry topics. Some 125 industry participants attended the fourth day, she says.

“We are so grateful to the private sector, the government and CIMA for providing such quality speakers each year for the fourth day. We find that people are keen to have direct access to these people with key technical knowledge,” she says.

Education events
In 2020, Powell adds, there will be a similar number of education and technical events focused on some of the new regulatory changes passed in Cayman.

Top of the agenda will be the new Private Funds Law and amendments to the Mutual Funds Law. “We will be helping members understand the full implications of these, the timings of things and what they need to do,” she says.

Economic substance will continue to be a hot topic in 2020. “Many of our members are in the investment space with certain exemptions. Meanwhile, we have members in industries such as shipping and directors who service investment management products, and they will be very interested in the implications of that.”

Ongoing requirements around beneficial ownership and anti-money laundering (AML) will continue for 2020, and according to Powell: “CIDA will endeavour to provide all of our members with relevant and timely information to assist them with their day-to-day operations.”

Speaking of plans for 2020, she adds: “Our membership has been growing rapidly and we have increasingly found our voice when it comes to the issues facing the industry and areas where we feel the views of our members should be heard. There will be one or more events to showcase what we have achieved.”

CIDA is an honorary member of Cayman Finance and sits on a number of working groups which include representatives from government and the regulator.

Powell says the momentum of CIDA is still building. She expects continued growth in membership in 2020 and states it will be an even better year in terms of events for the body.

Cassandra Powell is a director at Harbour Trust and the president of CIDA. She can be contacted at: cpowell@harbour.ky