A fine line: walking the tightrope of regulation 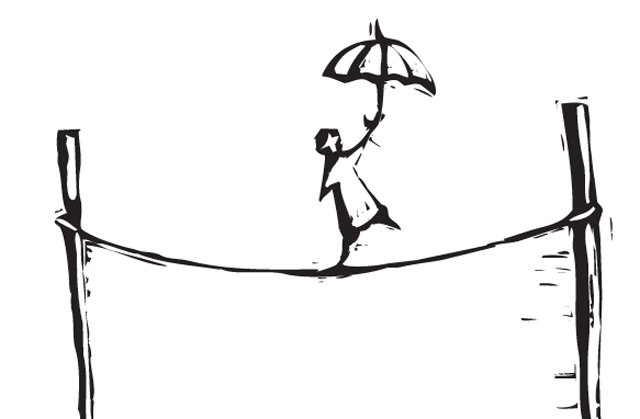 There is always a balance to be struck between excessive regulatory creep and appropriate, risk-based regulation. Alex Bodden takes a look at how Cayman continues to navigate between the two extremes.

The Cayman Islands are always looking for equilibrium. Cayman has a reputation for providing the right amount of intelligent regulation in the appropriate places, while paying close attention to the demands of investors.

In the past couple of years, the jurisdiction has implemented new legislation that requires Cayman master funds to register with the regulator, the Cayman Islands Monetary Authority (CIMA). This legislation clarifies and improves the Cayman Islands hedge fund regulatory regime in response to trends in the international marketplace and to suggestions from various international regulatory bodies, including the OECD.

The amendment to the Mutual Funds Law (2009 Revision), which came into effect at the end of 2011 with further clarifications in 2012, applies to every mutual fund that is incorporated or established in the Cayman Islands that holds investments and conducts trading activities, issues equity interests redeemable at the option of the investor and has more than one shareholder, including feeder funds which are registered with CIMA. A regulated feeder fund is defined as a “regulated mutual fund that conducts more than 51 percent of its investing through another mutual fund”.

For those Cayman master funds which already have a specific offering document, this will also need to be filed, and where one does not exist, the MF4 must include a summary of the material terms of the master fund’s offering. CIMA must be notified within 21 days of any changes to these offering documents or the terms outlined in the MF4 and the regulator must also be advised as to whether there are investors in the master fund other than the regulated feeder funds. Future requirements subsequent to registration include the filing of annual financial statements signed off by a CIMA-approved auditor; and an electronic fund annual return (FAR) form within six months of the fund’s financial year-end.

So what initiated these enhancements to the regulatory environment? Although some Cayman master funds were previously registered with the regulator under the Mutual Funds Law (MFL), most were exempt under provisions that eliminated registration requirements for those funds which had fewer than 16 investors, or the funds did not constitute as ‘mutual funds’ under the MFL. This type of exception is not mainstream in the hedge fund world and although standing out from the crowd is often desirable from a competitive standpoint, it is sometimes best if the differentiator is not a subject of criticism.

This criticism was highlighted in the OECD Peer Review (2010) Global Forum on Transparency and Exchange of Information. This report identified Cayman as having “a well-developed legal and regulatory framework” and “in respect of access to information, the competent authority of the Cayman Islands is invested with broad powers to gather relevant information”. But, the report also refers to the Cayman master funds and states that “there are potentially significant adverse consequences on the availability of information in respect of these exempt funds”. The changes now in place have gone a long way to addressing these observations.

This new legislation has had its healthy share of industry debate in the jurisdiction, with diametrically opposed views expressed. Some service providers welcomed the changes as advancement in the international regulatory arena. Some feared the new fees would cause funds to potentially flee the jurisdiction, or new funds to domicile elsewhere (although the fee is lower than it is for other types of registered funds). This flight or choice of alternatives has not been observed in reality. Others observed that since the feeder funds are already registered and regulated, there was no need to register the master fund, which increases the operating costs of the fund.

Reality shows the industry has accepted the additional expense as a cost of doing business. Another group felt that the registration process did not go far enough to address the concerns of the OECD and other regulatory bodies sufficiently, which are often quick to disapprove of every Cayman effort to rise above the fray of unfounded negative scrutiny and shifting goal posts.

But the long and short of it is this: the registration of Cayman master funds simply has ensured that CIMA has an appropriate regulatory reach to the fund and that the service providers to that fund will be subject to certain conditions. These enhancements to regulation make a significant step towards further protecting interests of investors and ultimately the reputation and continued success of the jurisdiction. Also, it certainly will provide Cayman with more accurate and undoubtedly more impressive domiciliation statistics, which will no doubt make Cayman’s competitor jurisdictions continue to sit up and take note.

In our view at RSM Cayman, it is obvious that appropriately weighted regulation, considered with investor protection in mind, is powerful and necessary for Cayman’s continued development and leadership as a hedge fund domicile. This registration has proved a basic anchor to a form of regulation that incrementally strengthens investor protection with minimal charges and changes to existing processes, making Cayman more attractive as a jurisdiction for fund operators and investors alike. Cayman’s risk-based regulatory regime has for decades been developed under the philosophy of transparency and the provision of a stable, responsible business environment. If a fund does not want to be subject to an appropriate level of regulatory oversight, then Cayman is not the right jurisdiction for it.

Making proactive changes to the regulatory regime is always the most sensible policy for a jurisdiction wishing to stay on the leading edge of the hedge fund industry. This does not, however, and nor will it ever, take the place of sound due diligence and quality service providers to operate the fund. The appointment of a solid audit firm that has a complete understanding of Cayman’s fund industry is the cornerstone for both fund operator and investor protection.

Alex Bodden is an assurance partner of RSM Cayman Ltd. He can be contacted at alex.bodden@rsmcayman.com

Alex Bodden is an assurance partner and the managing partner of the George Town, Grand Cayman office of RSM Cayman Ltd. (“RSM Cayman” and formerly McGladrey & Pullen, Cayman). He has over 23 years of experience in the audit and finance sector markets in the UK, US and the Cayman Islands. He began his career with Price Waterhouse in the UK, servicing multiple client industrial sectors, primarily financial services, manufacturing, airline and leisure.